Week seven was the final week of the regular season for ANZPL Season Three. With that we now move into playoffs but not before we break down all the action from last week's games with a Hot Shot clip from each matchup as well as a recount of everything that went down to bring you up to speed!

Kicking things off on Sand River the Bulldogs looked like they might have had it in the bag after the Matildas wasted a good portion of their time trying to locate Madhouse’s T-100 LT and Ravvi was able to pull off a “call an ambulance, but not for me” moment with some assistance from Soldat when Bolognaise and MerryTurnipDay both dumped in onto him in the river bed. Unfortunately for the Bulldogs, the Matildas were able to quickly equalise things, bringing the Bulldogs side down to just Dark and then eliminating him with 5 seconds left to spare. That’s about as close as the Bulldogs would come to a win all night with the next game quickly coming to end after a Bulldogs push toward the two flag was easily dispatched of by the Matildas Kranwagns.

On Prokhorovka the Matildas were able to seal the deal, seeming to just have the better focus fire, understanding of where to go and when, as well as their general execution. The Bulldogs on the other hand seemed to be stuck in some of the early season metas, not embracing some of the newer tanks and setups that we’ve been seeing the other teams doing. As a result their Season Three run came to an end while the Matildas now make their way to the playoffs.

The Sentinels kicked things off with a pretty convincing defencive side win on Ghost Town, running a heavy tank line up with Speed and Wym0 in an E 100 and Maus taking the brunt of the hits and dealing out most of the damage. Game two swung the Archers way after Rainbow was punished for a greedy cross, suffering a double ignite before being knocked out of the game early on. Having lost their one info gathering tank in Rainbow's BatChat the Sentinels then went on to push into a crossfire, finding themselves in a pretty hopeless situation.

Moving onto Himmelsdorf the Sentinels got off to a great start after winning hill control. The Archers then made a push up banana towards the two flag but took some heavy bleed on the way and after losing Saffe their odds of coming out on top of a four v five were slim to none. The final battle came down to a brawl around mid in which the Sentinels seemed to just have more decisive shot calling and were able to recognise the options that they had and where they could put together a few heavy tanks to pick off a few of the Archers lone tanks and come away with the win.

The Conquerors had nothing to lose last week in their matchup against the Skorpions, pulling out all the stops and giving their opponents a run for their money. While the Skorpions seemed to suffer somewhat with the absence of JT. Despite getting off to a rocky start with Buff_Hamster falling off a cliff as well as taking a few shots to put him on a sliver of HP the Conquerors were able to get onto the cap and work the brawl back into their favour to pick up the game one win. Game two was an exciting one as things came down to a tense one v one between Auzzi and KritaKil after Auzzi took Buff_Hamster out with a ramming kill. This left both players on one shot of HP but Auzzi was able to narrowly get the final shot off onto KritaKil to claim the win.

Next it was onto Himmelsdorf where the teams went toe to toe in two separate fights around mid and the two flag. The Skorpions were able to get the HP advantage and the overmatches in the end to go up 2:1. The last Himmelsdorf game was another close one as the balance of power seemed to shift from one side to the other. In the end, the Conquerors having two relatively healthy E100s made a big difference and the Skorpions were left with just Russian on the attack and no way of winning, taking things to a tiebreaker.

The tiebreaker took place on Cliff with the teams wasting no time getting into a brawl in mid. The Skorpions got some good early bleed onto the Conquerors while JT also made an appearance to rally his team against a potential loss. It seemed to make a difference as he was able to unload into KritaKil while Auzzi finished him off, having taken the hill control. From there the rest of the Conquerors fell like dominoes and their hopes of putting one last win on the board before the end of the regular season were dashed.

In the last matchup of the night the Panthers put on an incredible show, starting with a great defence of Mines where Action X didn’t seem to have any avenues of approach that weren’t going to cost them a lot of HP. After committing to an attack down the 1-2 line Action X became a bit stuck as they were unable to dislodge Dastardly’s IS-7 and things began to go pear shaped. Action X fared better on defence, punishing an over commitment from JS who rushed out ahead of this team in a re push off the hill. From there Action X was able to put the pressure back onto the Panthers, slowly bleeding them out and running out the clock.

Next was Sand River and the Panthers again performed well on defence. Action X was able to get some good early bleed onto Dastardly around the two flag but when they went to push it didn’t go to plan. Goober was waiting in the wings with his STB-1 to rain down fire, eliminating Colen and Zanin while Shankypants escaped with one shot of HP and the Panthers took the win. Now came the real test for the Panthers as it was their turn to attack. Digging out Zanin they were able to give themselves the tank advantage without losing too much HP then isolate and destroy CJ’s Super Conqueror before putting pressure on both caps. However, after losing Dastardly and with a minute and a half left to go the game was still loseable for the Panthers, especially with Val moving in for the reset in his Strv 103B. The day was saved when Goober landed a perfect shot into Vals track causing his Strv to spin away from the flag and the cap went through putting the Panthers into the playoffs.

The Matildas and Panthers now join the Sentinels and Skorpions in the ANZPL Season Three Playoffs after a great performance from both teams. With that the regular season is now over! 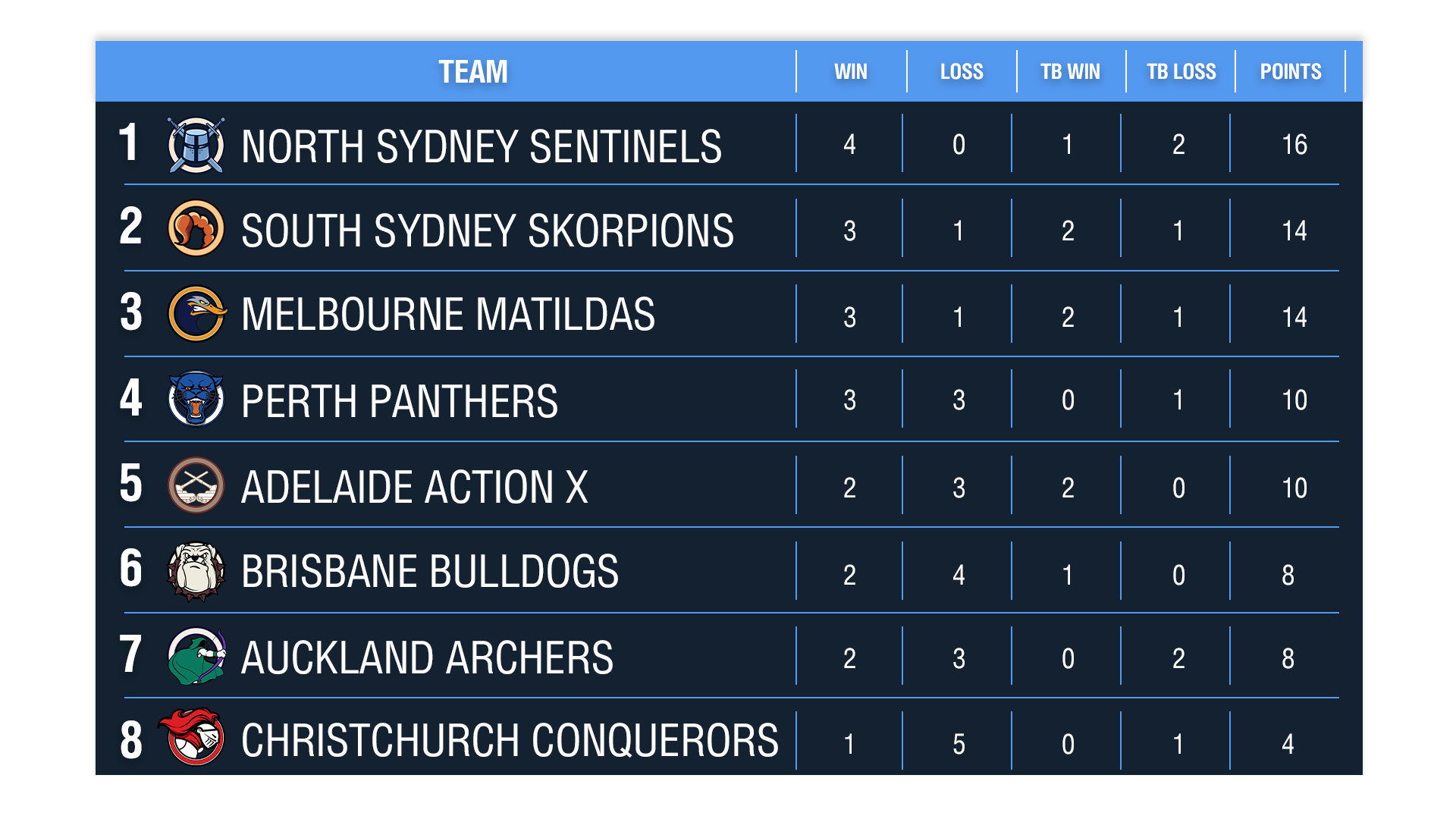 Here are the matches for this Friday the 29th, starting at 7:00 PM UTC+10 over at our World of Tanks ANZ Twitch Channel! Hosted by Ben “Sandman” Kevin “KaRath” Zhu and Jordan “Elfish” Mays. 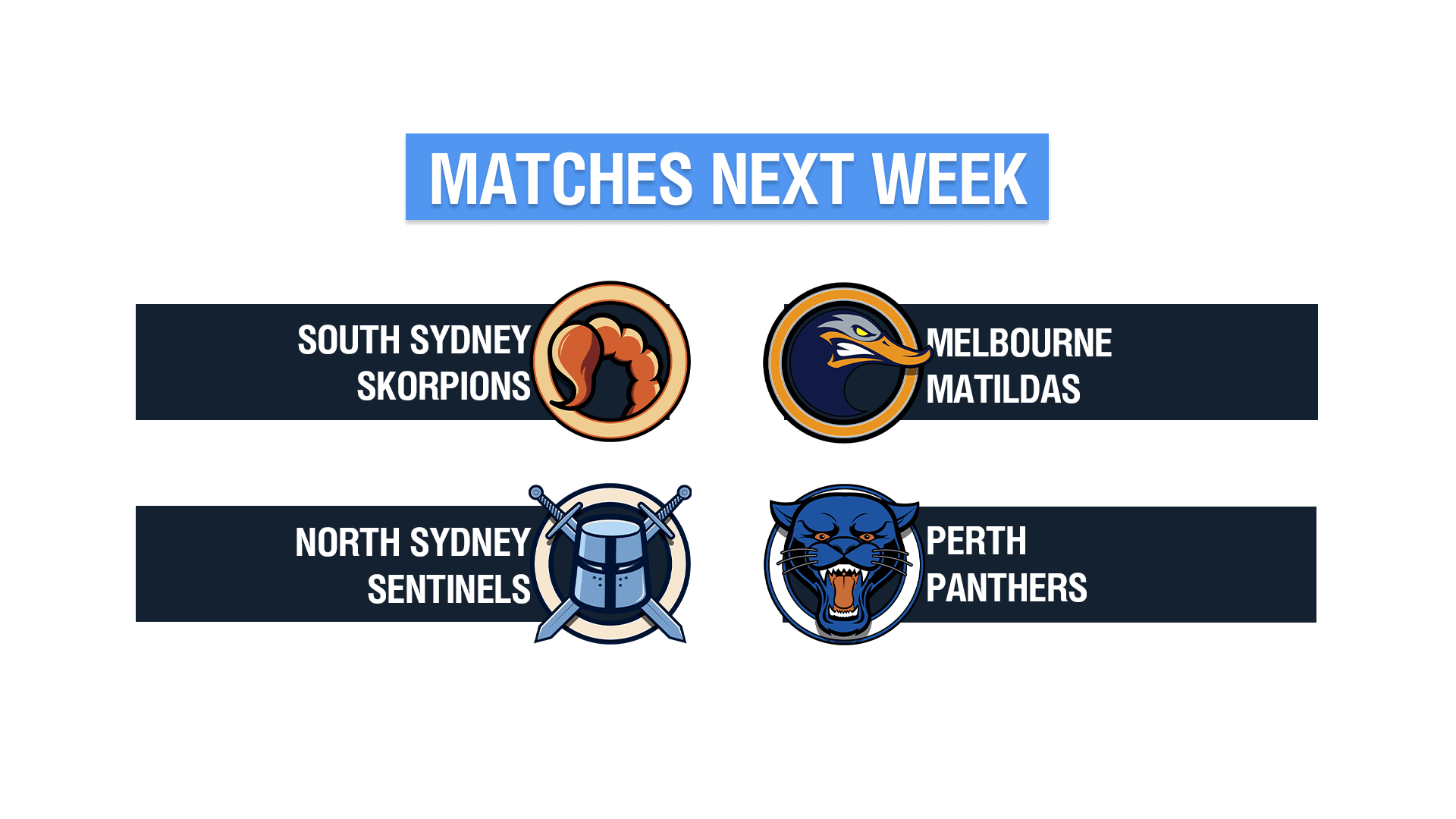 For our avid ANZFL fans, here is what the best performing team of five for week seven was. The playoffs will have the same prizes as the group stage and the same system as normal, just pick your picks for playoffs out of the teams playing! 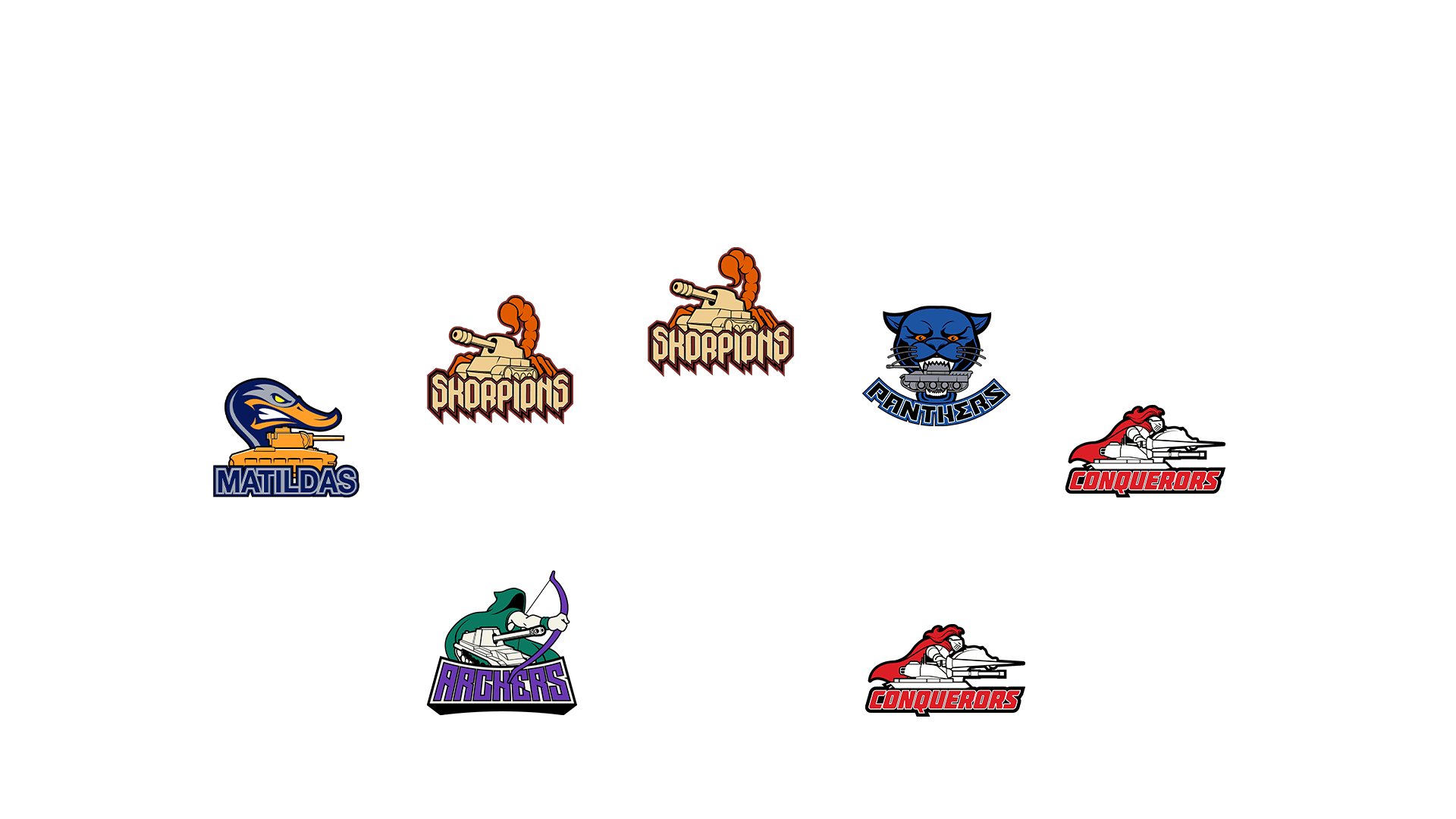