Another week down and another week closer to finding out who our ANZPL Season 3 champs will be! As usual we’re here to break down all the action with a Hot Shot clip from each matchup as well as a recount of everything that went down to bring you up to speed!

The Conquerors got off to a good start on their home map of Ghost Town last week, playing well and never really seeming to be put into any tough spots by the Matildas. However, things started to go downhill from there as they narrowly missed out on a second win when Royal_Kiwi wasn’t able to find MerryTurnip after bringing things to a one v one in game two.

Moving on to Cliff, the Matildas were quick to get into positions on the hill and ridgeline, beating the Conquerors there and finding the overmatch as Bolagnaise joined the brawl in a TVP while the Conquerors TVP of Buff_Hamster went down low to cover donut. Despite this, KritaKil did a great job of staying alive and making the game much closer than it could have been. In the final game, the Matildas pushed mid once again, and again came out on top, balancing their HP well to get the win with four tanks still alive.

The Archers and Action X kicked off their evening on Sand River where the Archers were almost able to make it work on attack. However, Action X were steadfast in their defense, making good use of their super heavies with Colen27 cleaning up four of the Archers tanks in his Kranvagn. The Action X played their attacking side beautifully, baiting Saffe out and eliminating him before moving two tanks onto the cap and then blocking Stewy’s attempt at a reset to get the cap win without losing a single tank.

The Sydney derby was up next and the Skorpions were looking good on Cliff as JT seemed to be making all the right calls. Pushing in the right places, at the right times, while the team skillfully juggled their HP. The Sentinels just couldn’t seem to get the killing blows they needed to take their opponents guns out of the game and as a result the Skorpions only lost one tank in the first battle and none in the second to come away with a two point lead.

It wasn’t going to be that easy for the Skorpions however as they struggled to go the distance in game three on Tundra. Despite this, Russian put in a valiant effort to bring things back down to a one v one but lost out on the series win after missing one final shot onto Wym0 with seconds left to spare. Game four saw the Sentinels going hard for the cap, with three tanks on the two flag the Skorpions were scrambling to get resets. It wasn't to be as Speed and Rainbow did a great job of keeping the Skorpions busy and the cap went through without much of a hitch. The final tiebreaker game took place once again on Tundra and was a hard fought battle with moments where it looked close, but ultimately the Sentinels came out on top.

The last match-up of the night had the Panthers up against the Bulldogs with the former picking up a nice little defensive win on Himmelsdorf after challenging the Bulldogs cap pressure on the two flag. The Bulldogs just couldn’t seem to deliver the damage they needed to do to make the play work. The next game went the way of the Bulldogs after an exciting battle that came right down to the wire, ending with Dark and Ravvi confronting Proloser and JS on the cap, bringing it to a one v one before Dark made an escape to run out the clock.

Moving onto Prokhorovka, the Panthers again picked up a defensive side win as they made the Bulldogs fight hard for ground, eventually running out the clock on them. In the final game the Panthers pulled off the latest huge upset against the Bulldogs in a superb display, destroying all of the Bulldogs tanks without losing a single one of their own and all while on the attacking side.

The Sentinels take top spot on the leaderboard this week, neck and neck with the Skorpions while the Matildas find a spot in third and the Bulldogs drop to fourth. 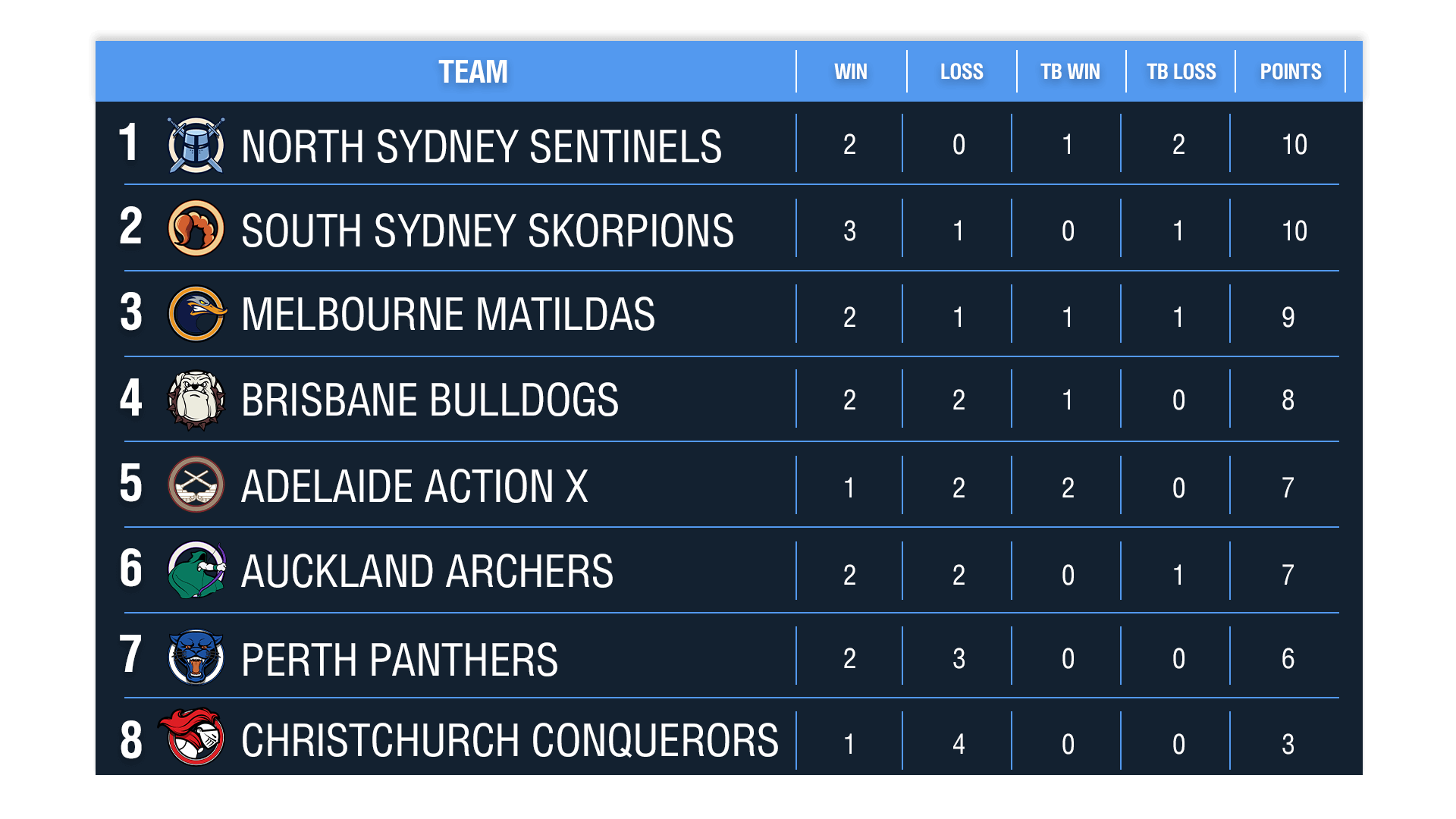 This week is a break week so next matches will be next Friday the 15th, starting at 7:00 PM UTC+11 over at our World of Tanks ANZ Twitch Channel! Hosted by Ben “Sandman” Kevin “KaRath” Zhu and Jordan “Elfish” Mays. 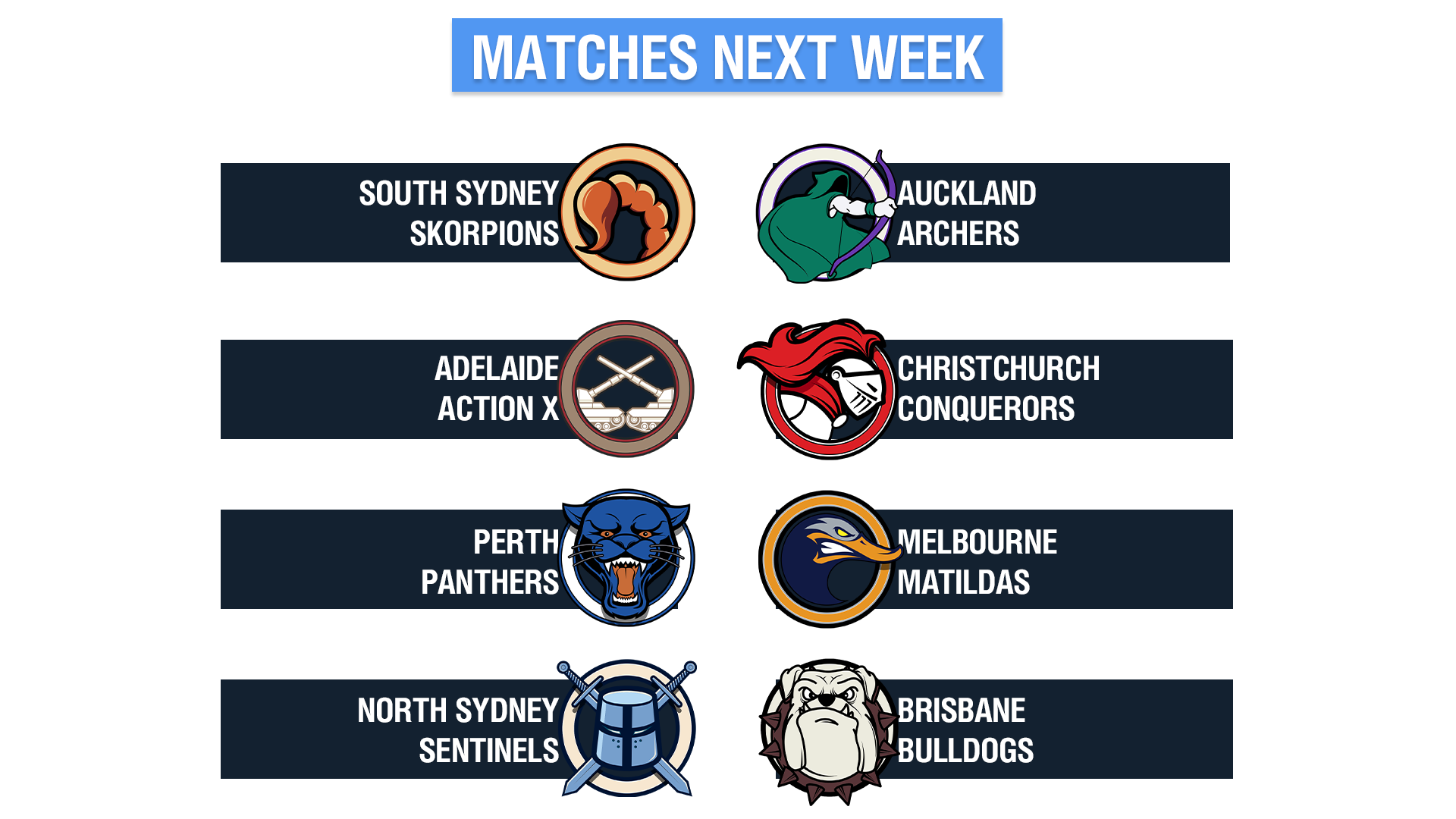 For our avid ANZFL fans, here is what the best performing team of five for week five was. 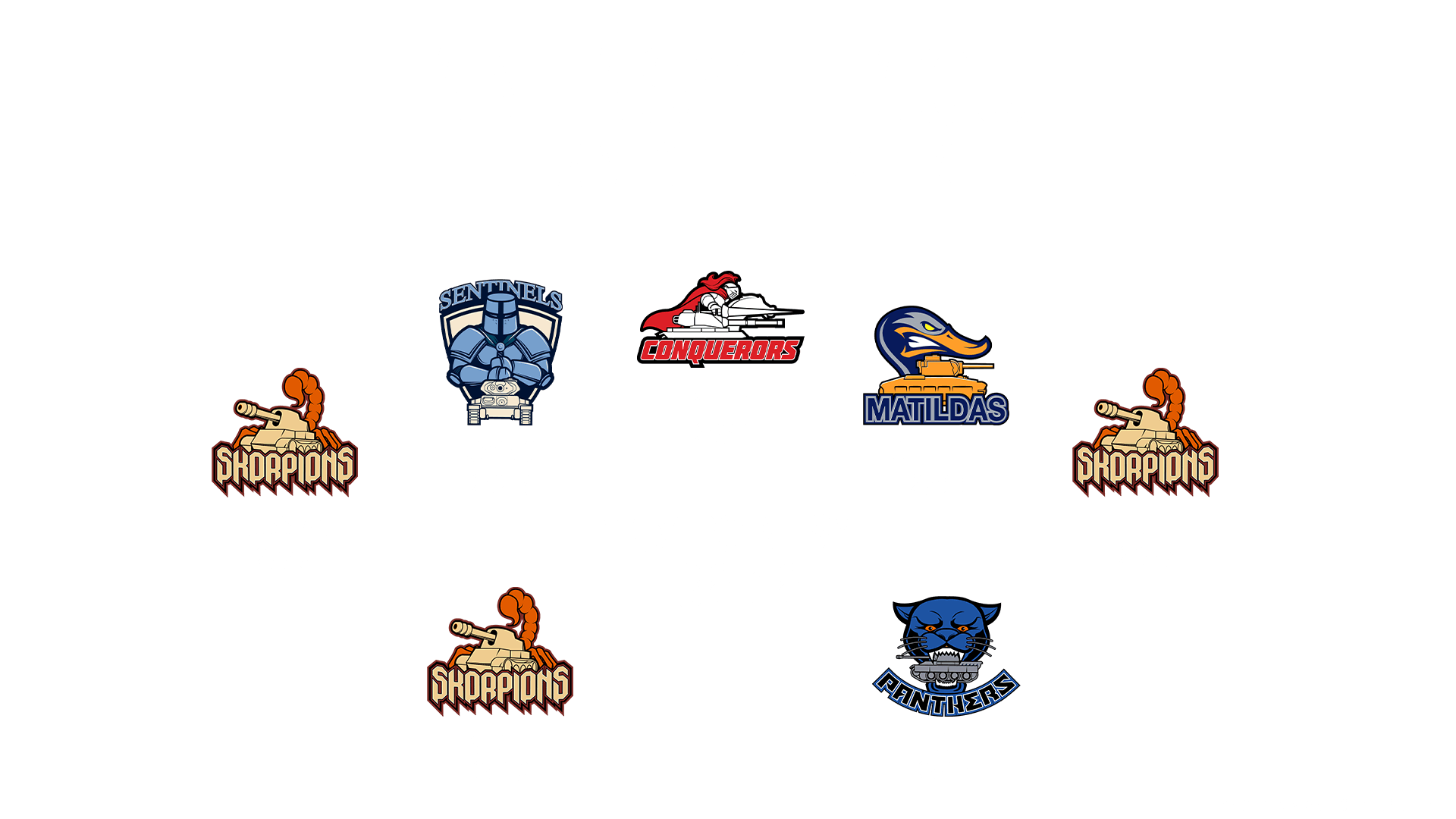