The 9.7 update for World of Tanks will bring seven new upgradeable French vehicles. Of particular interest is the new Tier X medium tank— the AMX 30 B.

The tank is a typical example of a Western post-war vehicle: perfect gun elevation angles, good mobility, powerful and precise gun, great view range, yet, quite a modest armour protection. No automatic loaders: manual loading for the win!

In this article you can find the technical characteristics of the vehicle, learn its strong and weak points, and get some advice on using this French flagman effectively. 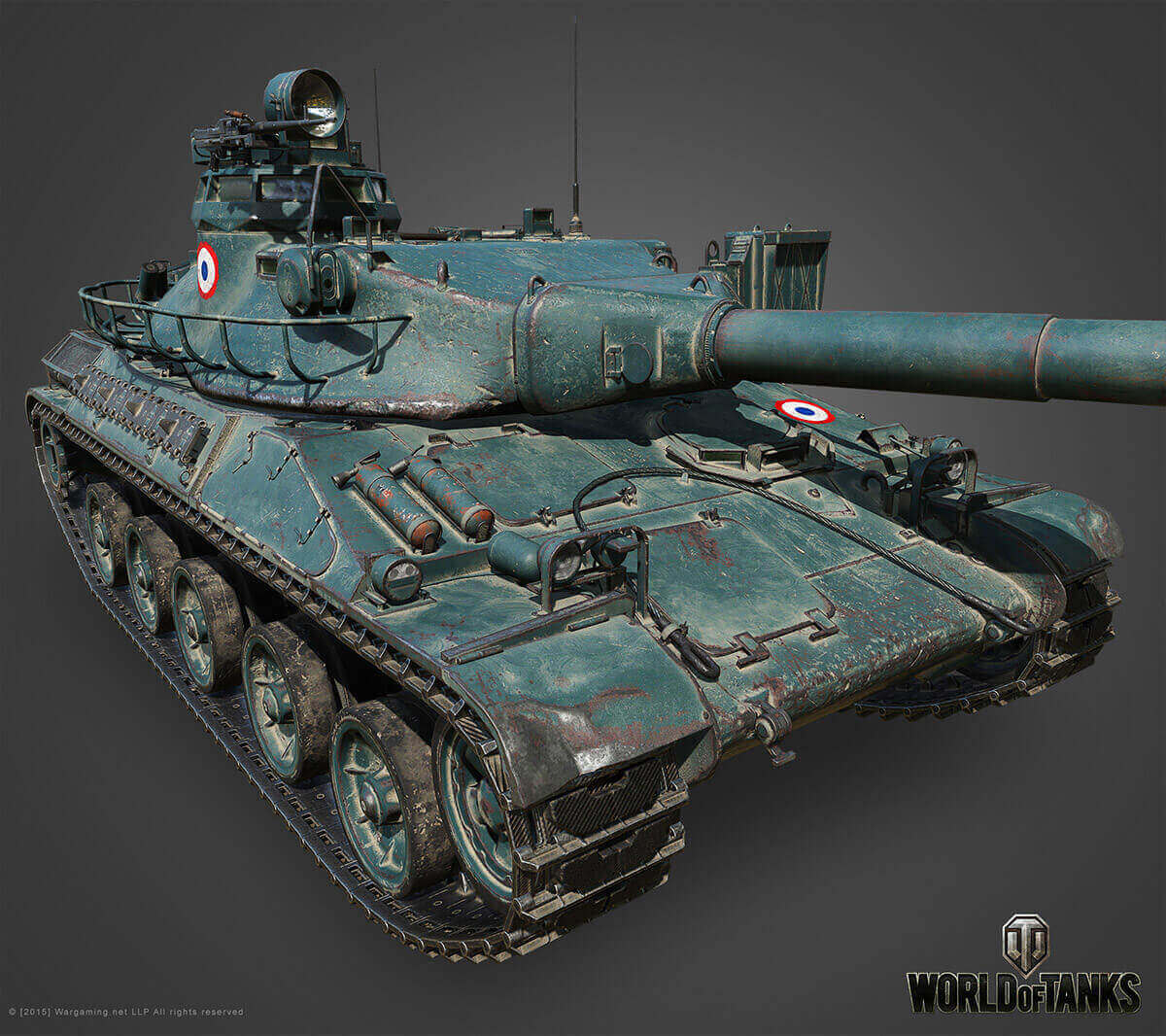 Tactical Role in the Battlefield

The key to your victory is to relentlessly monitor the unfolding battle on the minimap. This is especially true for the AMX 30 B.

This Tier X MT allows for quite an entertaining and creative game. The AMX 30 B will be interesting for players knowledgeable in the key positions and battle scenarios of each map. The tank is mobile enough to easily take good firing positions. Should the battle situation require so, it can quickly change its position and move to another flank or firing point.

Aggressive raids in assault teams consisting of allied medium tanks do not make the best tactical use for the new French vehicle. It is not a Maus and not even an AMX 50 B—its armour will not protect it from the fire of enemy vehicles above Tier VIII. The best strategy is to act carefully and wisely: hide in the ground folds, behind your allies or any other structures. Do your best to save your hit points till the end of the battle, because they will become crucial for your victory in the final stage of the fight.

The most effective use of the top French tank is to combine a sniper and support tactics. Take the key positions to spot and eliminate enemy vehicles, cover your advancing allies with fire, and lady Luck will smile upon you.

To sum everything up, we can say that the AMX 30 B is the most balanced Tier X support MT. If you can fully understand and effectively use this vehicle, you will be able to turn the tide of the battle in your favour.