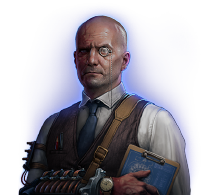 Lit by a single spotlight, a panting Max Von Krieger sits down at his desk and removes his monocle. It’s cracked and bent out of shape, no doubt from fleeing Alliance forces after his beautiful Blitzträger auf E 110 was unceremoniously destroyed in the final battle.

“Blasted Alliance dogs! I was outnumbered, not outmatched.” He talks to someone else, though it is unclear who. “It’s honestly amazing, my dear, how vehemently mediocrity opposes excellence.”

He takes out a pair of aged, worn spectacles from his desk drawer and puts them on. Before him lie sheaves of paper; intelligence reports on him, each stamped with the seal of the Alliance Intel Division. 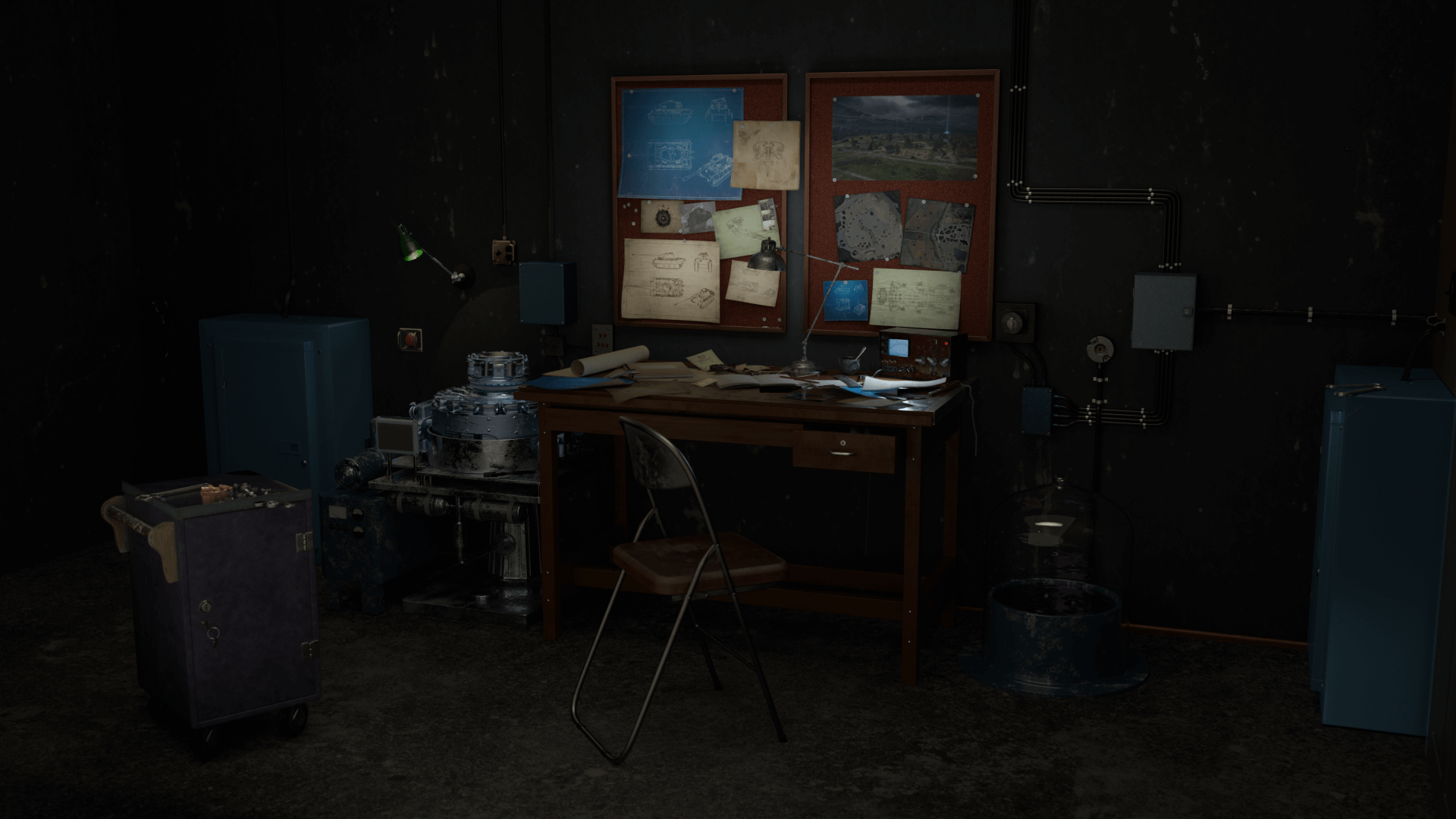 “I, too, must lean into my strengths. It’s no longer enough to know my enemies – I must learn what they know of me.”

As he scans through the reports, he mutters to himself. “See this! They don’t even know my full name. ‘Max von Krieger, formerly known as Hoffmann’, I sound like an errant lab assistant. My name is ‘Maximilian Leonard von Krieger-Witthoffen’, Baron zu Ledensburg, greatest mind of my generation!”

Von Krieger pulls out a pencil from behind his ear and begins crossing out lines of information. “Wrong, wrong, wrong! After all these years under their employ, they should have at least gotten some of this basic information right. For shame, I wrote it out for them in my job application!”

After an hour of furious correction, Von Krieger concludes that for all their bravado and combat prowess, the Alliance doesn’t have a capable mind at their disposal. Leaning back, he massages his temples from the sheer amount of false information he has read. 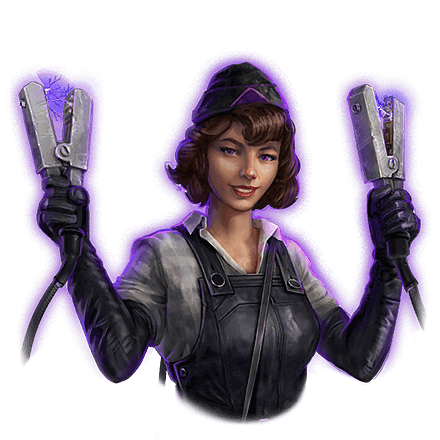 “At least they got your resume right”. Ermelinda scans through a sheet as she hands Von Krieger a cup of coffee. “Why did you cross out this part right here?”

“Quiet down, old man. It was just a question”, Ermelinda smiles as she continues reading.

“I am grateful to you for this dossier, as useless as it is. It is reassuring to know that our enemies are as inept as we thought them to be.”

“Inept or not, they’re still looking for us”, Ermelinda reminded him.

“Fear not, they cannot find us here. The Alliance has no imagination for the impossible – one of the reasons I left their employ. They cannot comprehend a world outside their own, let alone another dimension. It’s the basis of my teleportation technology, but little do they realize that I can sustain it for as long as I have need.  I call it subspace. Here, we will rebuild.”

He flips a switch and arcs of electricity streak across the wide area, illuminating vast arrays of mechanical and scientific equipment. 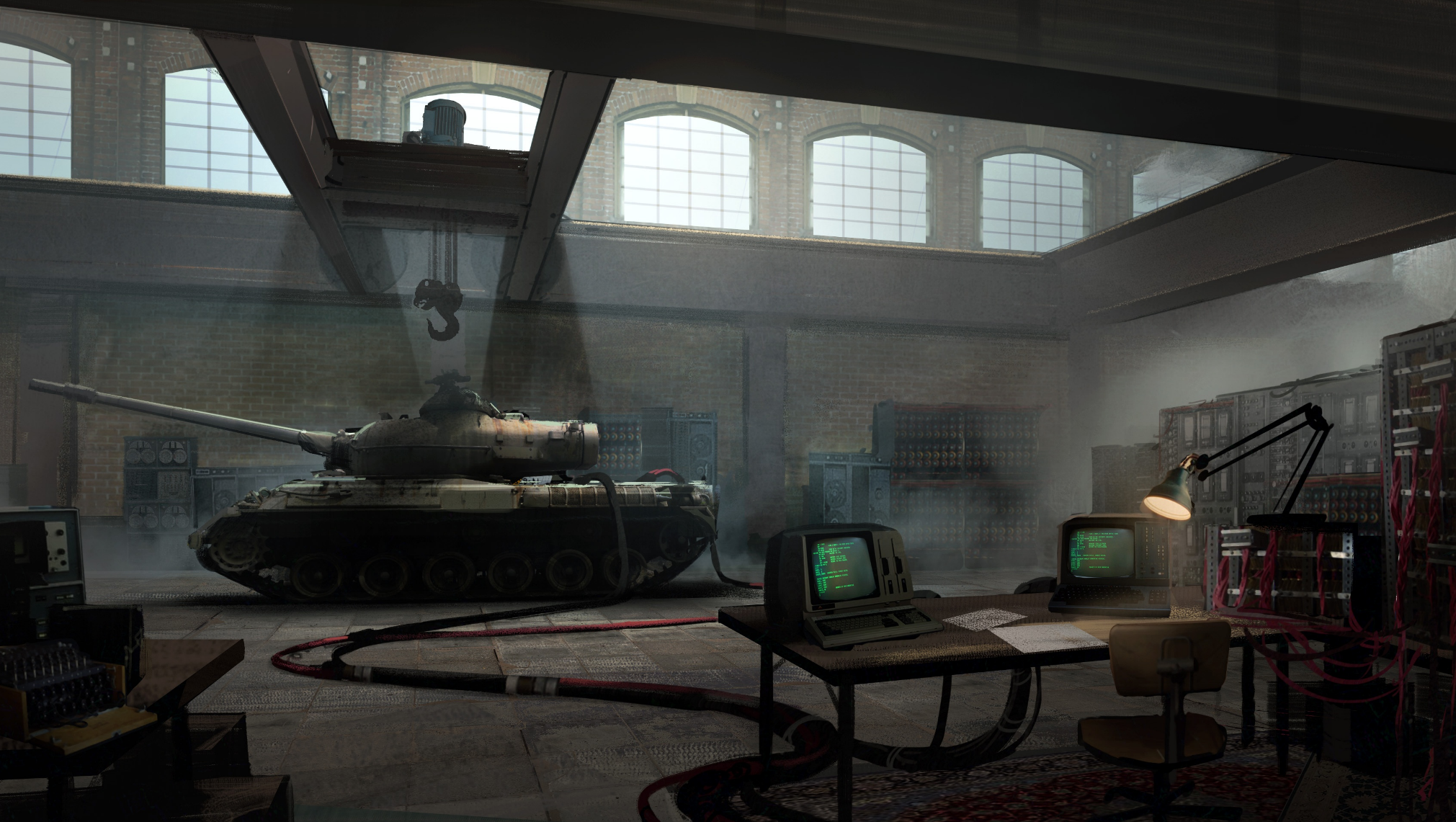 “The Alliance sees us as enemies of mankind, but this is only because of their shortsightedness. We are its saviors, and with time, they will be made to realize it too. Thanks to their hounds, the flaws in our work have been highlighted, and we can begin working on the next iteration. Together, we will build an empire of technocrats to lead mankind into the future!”

Von Krieger puts an arm around Ermelinda’s shoulders. She smiles. “Great. I was looking forward to more father-daughter time.”