In the near future, World of Tanks will be updated to version 9.14.

In this version of the game, the new Audiokinetic Wwise sound platform will be used, which will greatly change the audio environment of the game.

Thanks to the new audio technology, tank battles will get more realistic sounds that add to the atmosphere of the game: switching gears; clatter of tracks against the pavement; the sounds of shells flying through air — all to give you a more immersive game experience.

In addition to the atmosphere and immersion, sounds will also provide information, which will be of high value to an attentive tank commander.

Information is key to victory in battle.

Speedy and complete analysis of information gives the player an advantage over opponents when done correctly. Experienced players use every bit of available information, mainly in the form of feedback from the environment, to project the likely past and future actions that their opponents have taken.

Previously, the main source of information on the virtual battlefield was visual, in that players had to bear witness to the situations themselves, or watch the minimap for updates. Sound served mainly to create the atmosphere of a tank battle, rather than to inform the player of changes in their game environment.

From smoke trails after a shot fire, to explosions of SPG shells on the ground, every piece of information is vital, and the improved sounds will provide the information you need to make better decisions in the heat of battle. 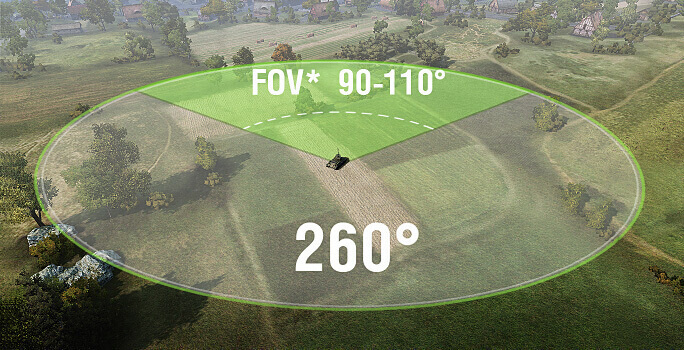 In the upcoming update, incoming shots can be heard, and will provide much more information: approximate calibre of the opponent's gun; ammunition type; approximate amount of damage received; etc. This will make it possible to quickly analyse the battlefield situation and take appropriate action when battlefield conditions change.

In addition to information about external events that take place in battle (shots, hits, penetrations, etc.), the improved audio platform features a large number of additional notifications for events regarding the player's vehicle.

For example, new sounds will tell you when a cartridge has loaded; when your vehicle's modules are damaged; when the Sixth Sense perk has activated, and everyone's favourite: when you score an effective critical hit on an enemy vehicle.

In addition to art and gameplay improvements, there is another improvement: Audiokinetic Wwise technology allows for the transfer of sound calculations to another core of the CPU, which can lead to a smoother and better gaming experience. 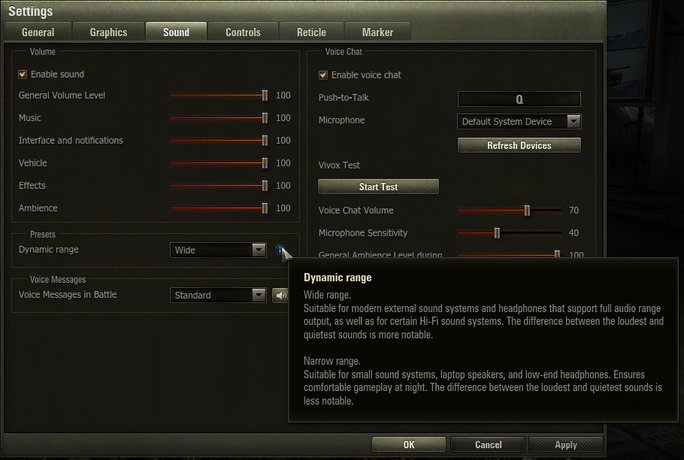 Important! We recommend that the balances of audio subsystems be left alone. For the optimal audio experience, change only the General Volume Level setting.