Enemy at the Gates

Enemy at the Gates (2001) was inspired by William Craig's nonfiction book Enemy at the Gates: The Battle for Stalingrad. As you’ve probably guessed, the film centers mostly on the (dramatized) battle and its surrounding events. Enemy at the Gates follows Vasily Zaytsev, played by Jude Law, a famed Soviet sniper. The film also follows the fictional Danilov—Joseph Fiennes, who sees Vasily’s impressive feats as a way to inspire the Soviet people. Eventually, a cat and mouse battles ensues against Vasily and the German Major Erwin König—Ed Harris—to take out Soviet sniper and crush morale. 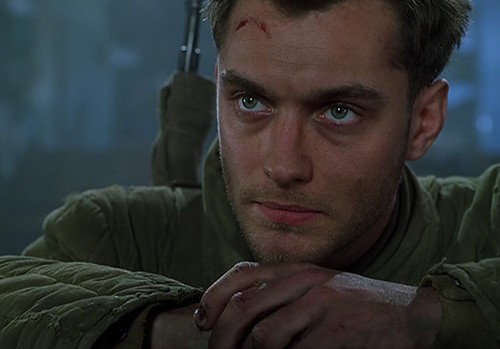 Vasily Zaytsev was a senior sergeant of the 2nd Battalion, 1047th Rifle Regiment, 284th Tomsk Rifle Division. During the Battle of Stalingrad, he was interviewed by Vasily Grossman and the fictionalized version of the battle in the film is near enough the same as in his book Life and Fate. However, there has been no record found that Major Erwin König actually existed.

Saving Private Ryan (1998) covered the Invasion of Normandy and has become renowned for its portrayal of the intensity of military conflict. Its most visceral scene, depicting the assault on Omaha Beach, is said to be one of the most realistic portrayals of warfare put screen.

The film itself follows United States Army Rangers Captain John H. Miller, played by Tom Hanks, and his crew as they search for paratrooper, the titular “Ryan”. Because of the Military of the United States’ “Sole Survivor Policy”, possible soldiers (or those already in the field) can be exempt from combat if they have already lost multiple family members. 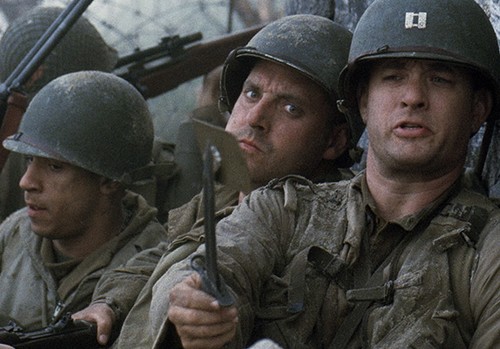 While the film may not have been based on specific account, Saving Private Ryan did draw inspiration from the Niland Brothers. These were four American brothers from New York and, for a time, it was believed that only one of them were alive during World War II. Frederick “Fritz” Niland was the “sole survivor” and sent home. However, the United States later learned that his brother Edward, presumed dead, was actually a captive in a Japanese POW camp.

The Great Escape (1963) was based on the escape of British Commonwealth prisoners of war from a German POW camp. The book it was based on—which had the same name—was written by Paul Brickhill, his first-hand account of the mass escape from Stalag Luft III, Poland. The characters in the film are either based on real men, or were composites of several people at the camp. With any film, however, some parts bent the truth. The escape went down a little differently, and the role of the Americans in the film was mostly made up. At the end of the day, the film had big names, like Steve McQueen, so was treated as a box-office vehicle. There were no escapes by aircraft or motorcycle—the latter being a request from McQueen—and the prisoners were not executed in one place at the same time.

Valkyrie (2008) revolved around German army officers, notably Tom Cruise as Claus von Stauffenberg, who were to execute the national emergency plan “Operation Valkyrie”. The plan was to assassinate Adolf Hitler in order to take control of the country. While there were, with any film, some liberties taken, the Gestapo had thoroughly investigated the July 20, so there was a lot of information for the filmmakers. 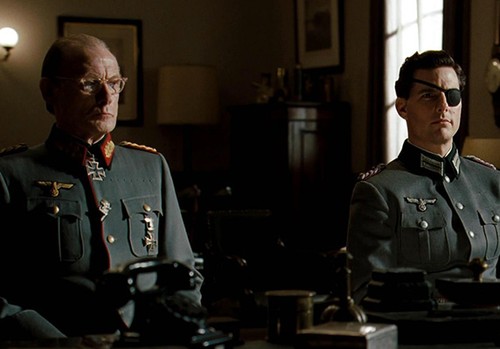 One larger historical change that took place, to avoid audience confusion and set the stage, was the location of the first aborted assassination attempt on Hitler, taking place on July 11. The briefcase bomb was used at Berchtesgaden, in the state of Bavaria. However, the film changed this to be in the “Wolf’s Lair”, Hitler’s bunker.

The Dam Busters (1955) recreates the true story of Operation Chastise, when the RAF's 617 Squadron attacked the Möhne, Eder and Sorpe dams in Germany with Barnes Wallis's "bouncing bomb". The film was based on the books The Dam Busters (1951) by Paul Brickhill and Enemy Coast Ahead (1946) by Guy Gibson, which held information not known to public at the time. 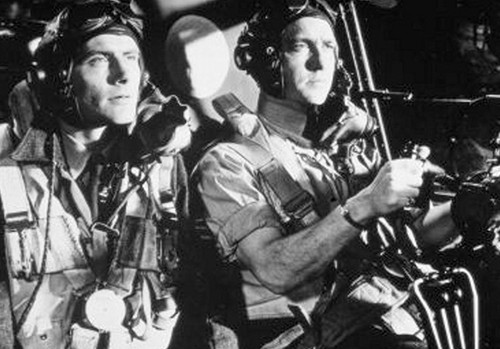 The film climatic ending inspired Star Wars: A New Hope. In the latter film, rebel pilots must navigate a trench to destroy a small weak spot. This reflects the scenes in The Dam Busters, where the pilots of 633 Squadron, piloting a squadron of de Havilland Mosquitos, drop a bomb on a rock overhanging a key German factory at the end of a Norwegian fjord.

Letters from Iwo Jima (2006) follows the perspective of Japanese soldiers during the Battle of Iwo Jima. It is based on the non-fiction books “Gyokusai sōshikikan" no etegami ("Picture letters from the Commander in Chief") by General Tadamichi Kuribayashi (portrayed on screen by Ken Watanabe) and So Sad To Fall In Battle: An Account of War by Kumiko Kakehashi about the Battle of Iwo Jima. 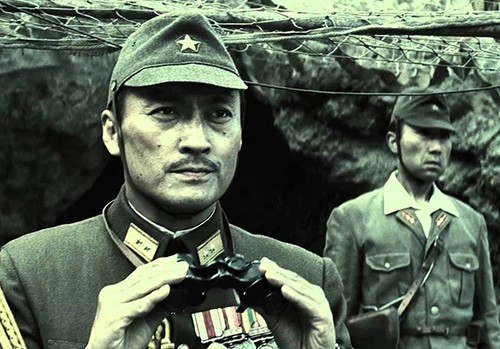 To film on Iwo Jima, the filmmakers needed special permission from the Tokyo Metropolitan Government because over 10,000 men are still buried under its soil. The USS Texas used in the film was actually involved in the Battle of Iwo Jima.

The Monuments Men (2014) was somewhat based on the non-fiction book The Monuments Men: Allied Heroes, Nazi Thieves and the Greatest Treasure Hunt in History by Robert M. Edsel and Bret Witter. Starring George Clooney, it follows an Allied group from the Monuments, Fine Arts, and Archives program who are tasked with finding and saving pieces of art. 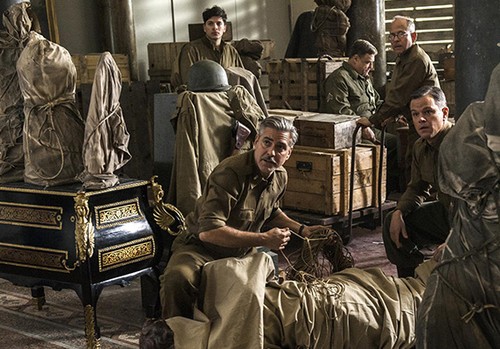 While it is based on real events, the names of characters were changed and the drama was taken up a few notches. For instance, it was thanks to Ernst Kaltenbrunner’s influence that the art at the Altaussee, Austria salt mine was saved. He defied the Hitler’s orders to carry out the 'Nero Decree', which would have seen the pieces destroyed so they did not fall into the hands of the Allies. Likewise, a British Operations Executive mission codenamed “Bonzo” was responsible for saving the loot.