Update 1.5.1 brings a host of significant changes for medium tanks Leopard 1 and STB-1. Let’s find out more about the impact these changes will make on their current roles in battle! 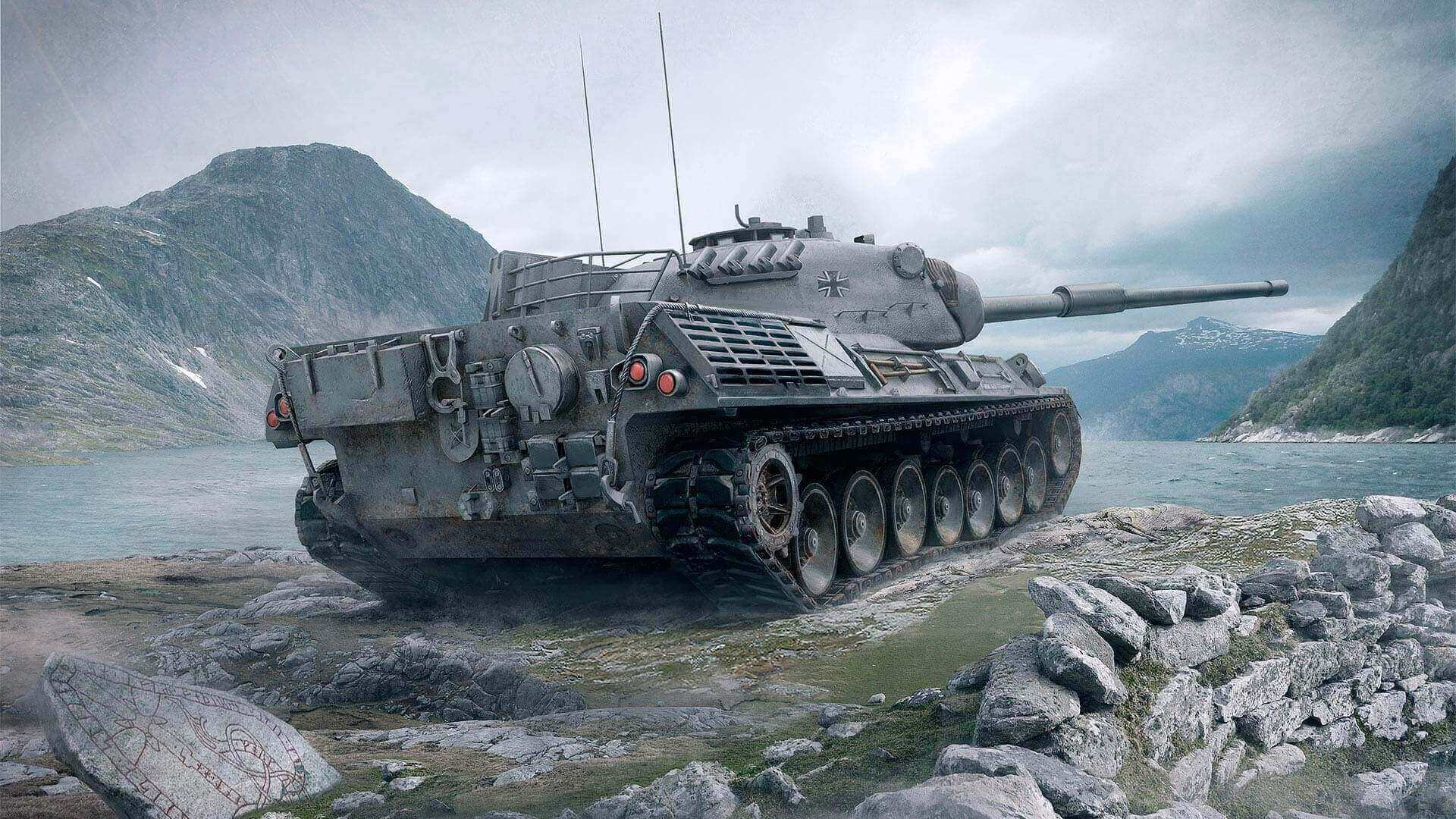 Since its introduction in World of Tanks, we’ve been considering the

Leopard 1   as a long-distance sniper, quickly adapting to changes in the combat situation and providing support to allies from a distance. But a good sniper needs a suitable weapon, so we focused on improving it. Through two iterations of closed testing, we improved the following characteristics of this tank:

By default, it will fire armour-piercing composite rigid shells, which will remain standard, at a speed of 1480 m/s. During the tests, we concluded that we should keep APCR shells as standard because they better suit the nature of the vehicle, designed as it is for long-range combat. As we stated previously, the APCR shells will also be special, but their armour penetration will be further improved to 323 mm. Their speed will reach 1613 m/s, which puts them among the fastest shells in the game.

The Leopard 1's gun dispersion during movement and suspension rotation will be 0.13, and this is ~ 24% lower than its current value. This tweak, complemented by a very short aiming time (1.7 seconds), will allow it to prepare for the shot much faster.

In addition, the rotation speed of the suspension will be improved to 50 degrees/s, and the maximum reverse speed will increase to 23 km/h. Together, these changes will make the Leopard 1 a very mobile and deadly sniper.

Tier VIII - IX vehicles from this branch will be subject to similar changes. We'll also increase shell velocity for the

Leopard Prototyp A , its armour penetration and alpha damage, while decreasing the gun dispersion during suspension movement and improving the rotation speed of the suspension itself. In addition, we will improve aiming time and increase DPM, together with a slight increase in engine power.

Indien-Panzer  will receive improved gun dispersion and aiming time, as well as a slight increase in armour penetration and gun damage, making it easier to hurt enemies.

In addition, the Premium medium

Panzer 58 Mutz  and its derivative vehicles will see improvements in the following characteristics:

The major change after testing in Supertest for the

Its overall gun depression angle will increase to -12 degrees, which is two degrees higher than the current value. To better represent this new mechanism, this value will be divided between the hull and the gun in the following proportions:

This will make the most of the relief during the battle, allowing the STB-1 to hit the enemy from extreme angles and unexpected directions.

Another important change is the reinforcement of its turret armour. To make the tank more competitive in close combat, we’re going to:

Finally, the STB-1 will do less damage per shot, but its DPM will increase even more compared to the first iteration of the Supertest. We will shorten the reload time of its gun from 8 seconds to 7.1 seconds, allowing its damage per minute value to go to 3042 points, the second-highest among all medium Tier X tanks in our game.

Gun stabilization was already significantly improved in the first round of tests, so combined with these tweaks, the STB-1 will be able to shoot more often and become a true menace on the battlefield. But to maintain balance in combat performance, its increased rate of fire will be compensated by reducing alpha damage to 360 points.

A few words about reducing the speed of shells. For Supertests, we usually replace APCR with AP shells, which reduces overall shell velocity. But after the first iteration, we decided to reduce it less significantly – from 1478 m/s to 1185 m/s. Thus, both shells – standard and special – have become slower.

However, after enhancing the role of the STB-1, high shell velocity won't be such a crucial factor for this vehicle. It will instead take advantage of its new hydropneumatic suspension, improved turret armour, increased DPM and significantly increased gun stabilization. Lastly, armour-piercing shells will be better normalized, which will increase the chance of penetration.

The STB-1's Tier VIII - IX predecessors have received enhancements as well. Just like with the STB-1, the

Type 61  now has a more powerful gun with better stabilization and increased rate of fire (~ 18%), but reduced damage per shot. As for the

STA-1 , its gun stabilization and rate of fire have also improved, though its alpha damage has not decreased.

And last but not least, the Premium tank

STA-2  is now more mobile, with faster shells (the velocity of standard AP shells has been increased by 34%!).

All detailed performance changes of the above vehicles may be found in the release patch notes. If you have questions or thoughts to share about balance tweaks, please join the discussion over on the forum. We welcome your feedback, Commanders!