The holiday season is coming to an end, and we are working on the latest World of Tanks update that will introduce the highly anticipated high-tier Italian heavy tanks. Four menacing brawlers from Tier VII to Tier X are ready to storm the battlefield, so take them for a spin and share your feedback! In addition, we’re adding new options to the Platoon mates search system and redesigning some interfaces to make them clearer and more user-friendly. Let’s take a closer look.

We’re constantly adding new researchable vehicles to the game in order to make your experience more diverse and exciting. With Update 1.11.1, World of Tanks will have a new vehicle sub-branch that has already been announced. Meet the menacing Italian heavy tanks, Commanders!

Researching the new heavy branch will follow on from the

P.43 bis . There will be four researchable vehicles in total. Check them out.

The new sub-branch opens with the Carro d'assalto P.88. This Tier VII assault vehicle is a transitional step from medium to heavy tanks, and its gameplay resembles that of medium machines. You can also research the Progetto CC55 mod.54 (a Tier VIII tank), the Progetto C50 mod. 66 (a Tier IX tank), and the mighty Rinoceronte, the crowning vehicle of the entire sub-branch. Tier VII–IX tanks will have 4 crew members, and the Rinoceronte’s crew will consist of three tankers.

By the way, if you haven't researched the branch of Italian tanks up to Tier VI yet, it's high time to get ready for the release of the new vehicles! And don't forget about the Holiday Ops vehicles branch, in which up to 6 slots provide a special XP bonus in Random Battles, depending on the vehicle type. Make full use of these slots while you can—by the time the Italian heavies are released, the Holiday Ops event will be over, and the bonus slots will no longer be available.

All Italian heavies will boast good gun depression angles and great universal guns. Dynamic and maneuverable, they will survive by evading enemy fire, rather than using their armor. But their most distinctive feature is the modified autoreloading mechanic implemented from Tier VIII onwards, which sets them apart from their Italian medium brethren.

There is one "tricky thing" about the standard autoreloading mechanics: if you fire before the next shell has finished autoreloading, the whole process will start over. This limits your tactics and forces you to make tough choices: fire and lose a shell that is about to be charged, or miss out on the chance to deal instant damage and wait for the second shell to reload and deal greater damage later.

The improved mechanics eliminate this painful choice. If you shoot when the next shell is almost charged, then it will receive a reload bonus, and the less time left before the next reload, the greater this bonus will be.

As a result, this reload bonus will compensate for the time spent on a partial recharge and save you the precious seconds needed for making various tactical decisions.

We’ll go into more detail about the brand-new Italian heavy tanks and their gameplay features in a future dedicated article. In the meantime, take them for a spin on the Common Test, try out the new mechanics, and share your feedback!

In Update 1.11.1, we aim to release the Platoon 2.0 system with new options that will help you search for Platoon mates right from the comfort of your Garage, without being limited to just your friends and contacts. For now, we plan to implement it in Random Battles, but we may also add it to other game modes at a later date, so stay tuned!

In the current system, you can only invite your friends to join your Platoon. With the release of Platoon 2.0, you will be able to search for other suitable players using different filters. 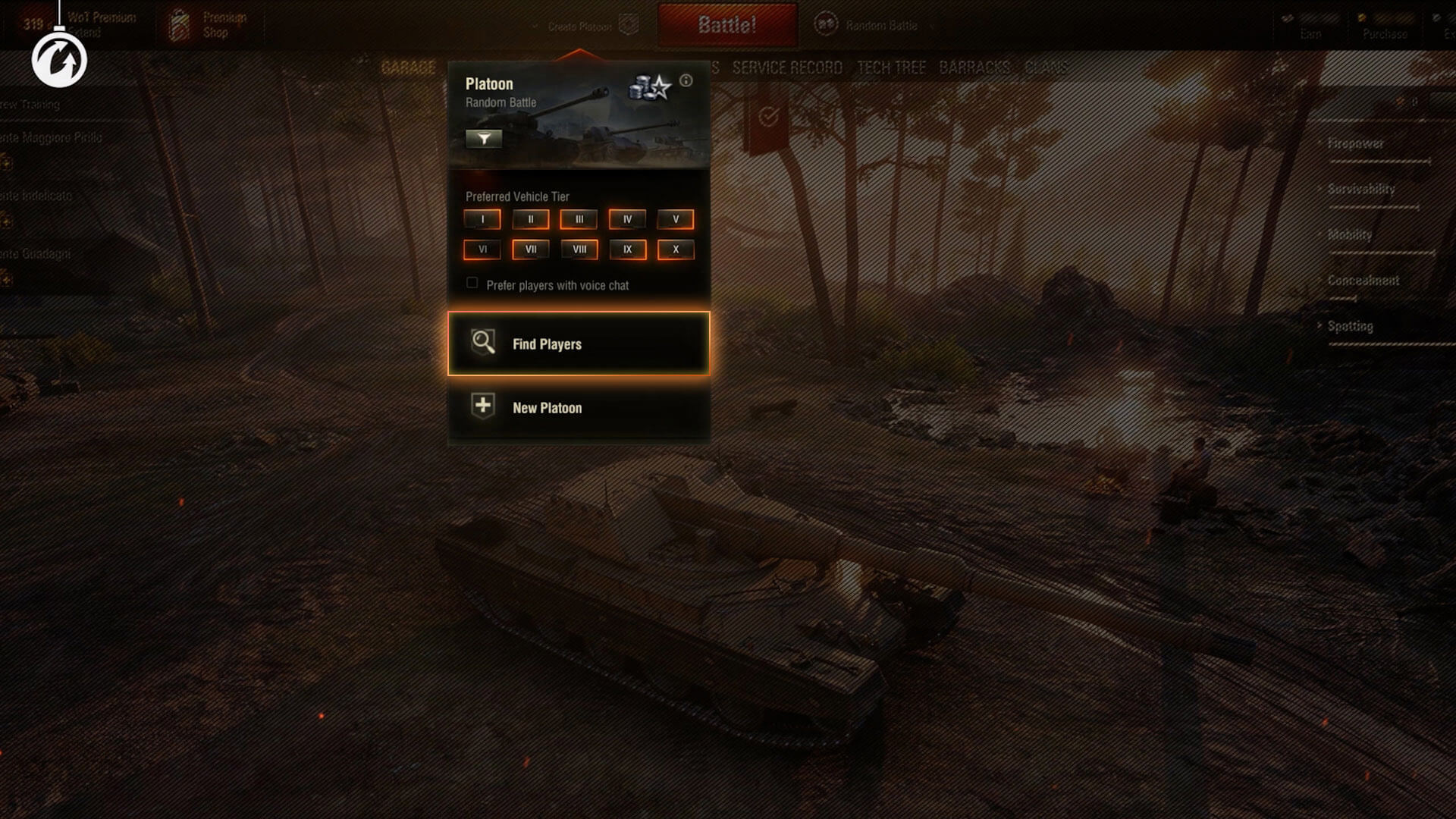 You will be able to: 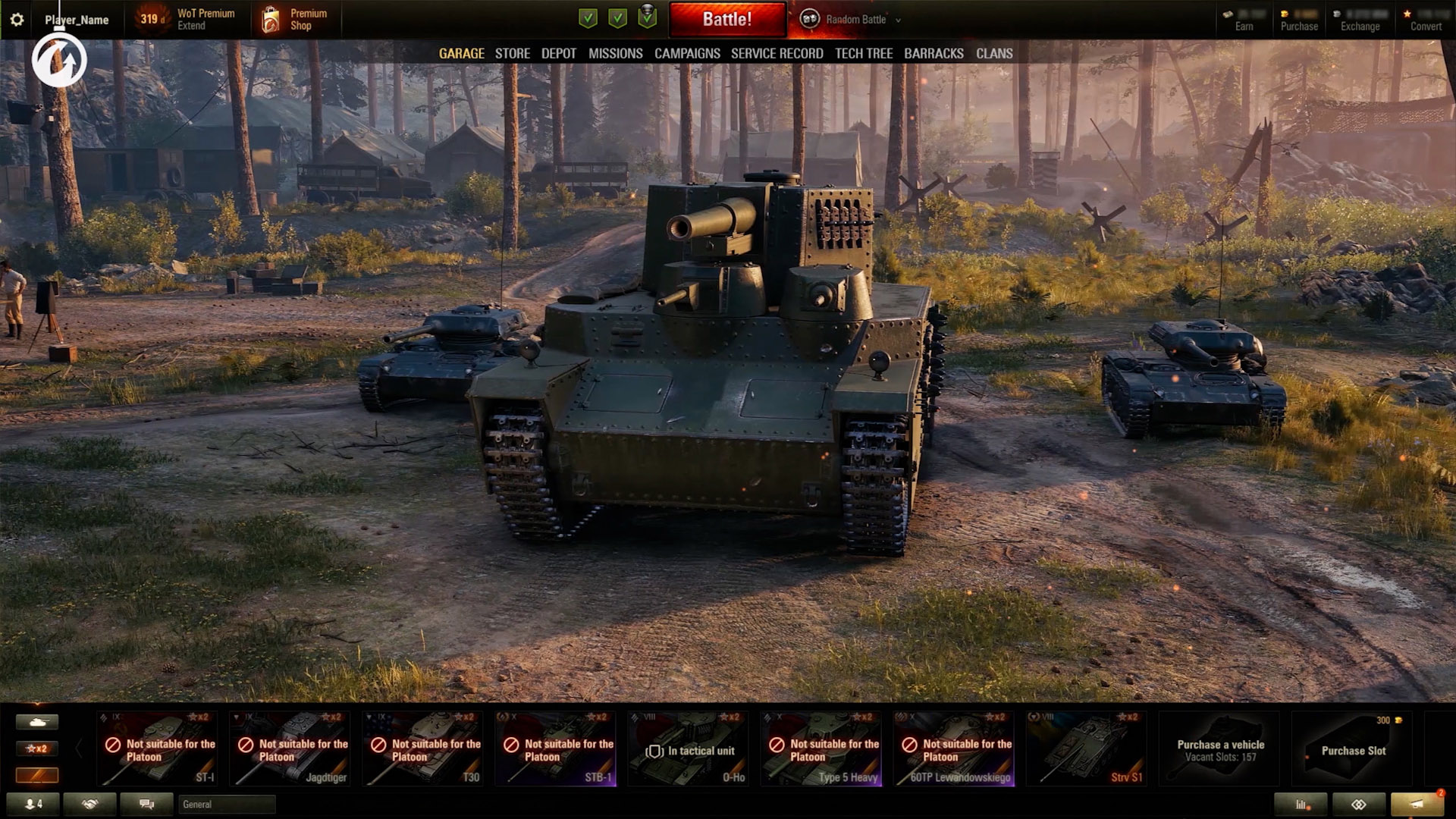 Thanks to the updated system, you can view your Platoon mates’ chosen vehicles right in your Garage next to your tank, with all the customization elements they have. Feel free to enable or disable this option in the game settings.

When choosing players for a Platoon, the vehicles they have in their Garage, the number of battles they’ve played, and most importantly, their WTR rating will be considered. This will help you to identify Commanders with similar vehicles, or those closest to you in terms of skills and in-game achievements.

In the new system, it will still be possible to create dynamic Platoons, as well as receive an XP bonus for all Platoon mates. If there is a player with a WoT Premium Account in the Platoon, then all its members will receive an extra bonus to credits.

When playing in dynamic Platoons, voice chat will be disabled by default, but you can enable it after joining a Platoon.

Are your friends always there and ready to stand shoulder to shoulder in the next battle? We have great news for you! Everything in the updated system will function as before. All these additional options do not replace existing functionality.

We’re also working on refining various interfaces and adding the best solutions from popular modifications into the game. These changes will help improve your user experience and make your gameplay even more enjoyable.

You can now enable and see the Proximity spotting circle on the minimap. This refers to the area within which all vehicles can be unconditionally spotted within a radius of 50 meters. Once in this zone, you will automatically spot your enemies, just as they will spot you. Enable this option for easier orientation on the battlefield. Damaged modules will have a repair timer that will replace the existing progress bar. Now you will know exactly when the module will be automatically repaired. It will help you to use your consumables at the most appropriate time.

Like the previous one, this option is enabled manually in the game settings. 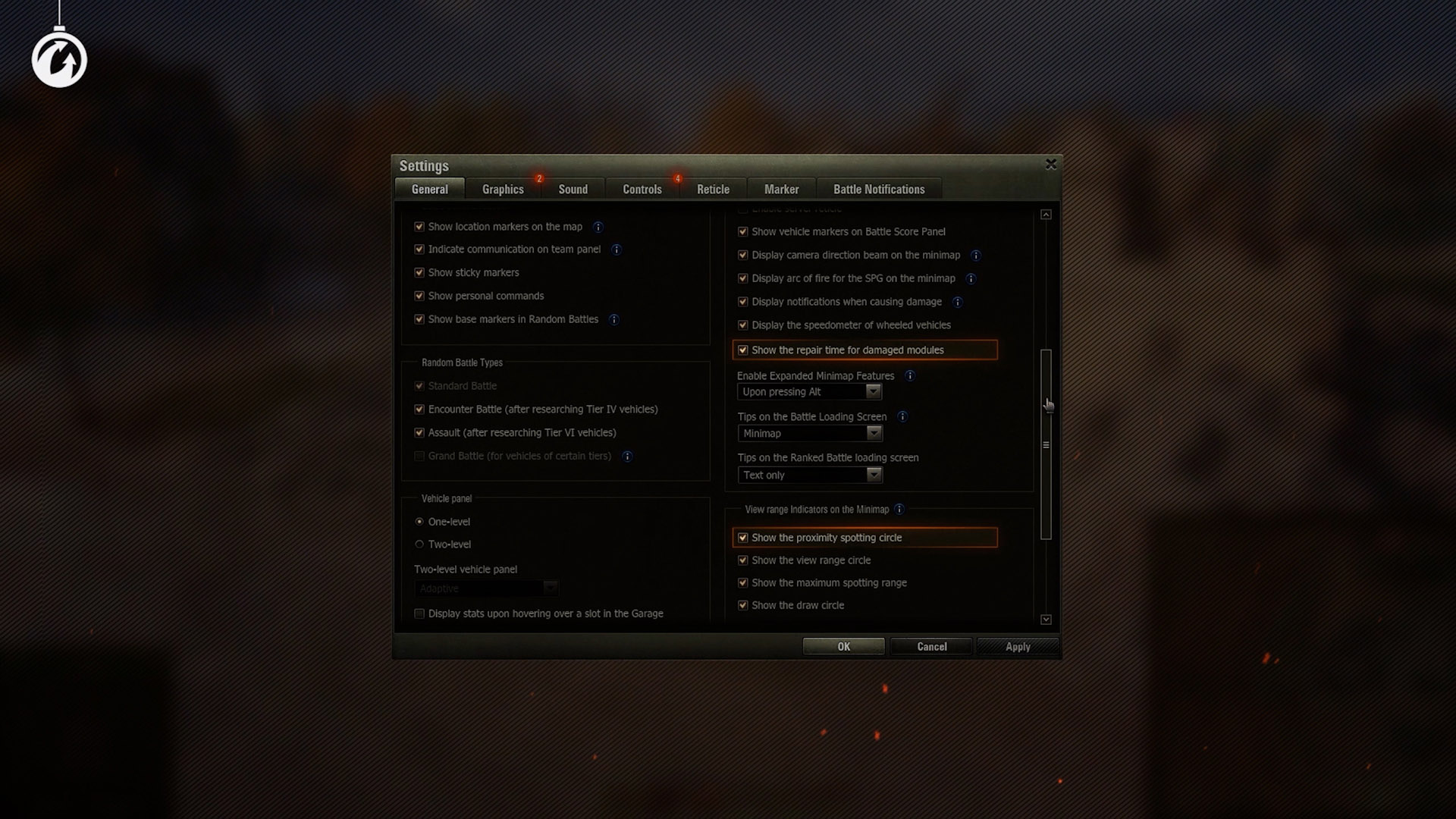 Now, when entering World of Tanks, the game client will remember the server you’ve chosen and automatically select it for you upon subsequent launches of the client.

Try out the Italian heavies, the Platoon 2.0 system, and other improvements for yourselves, Commanders!

Feedback: Please post your bug reports and general feedback on the test version in the special thread on our forum.