In-game Events Discuss on Forum
In other languages:

We are happy to announce that Personal Missions will be going live on 16 January 2015 @ 06:00 UTC+8 [UPDATED]. Here’s a handy summary of what you can expect.

Personal Missions are special missions which are not tied to any other in-game special or event, and can be pursued by any player. During a Personal Missions Campaign, there will be 4 Operations per Mission available, each containing 5 Sets per Operation and a main prize. The Operations can only be completed progressively, which means you will have to complete the first Operation in order to unlock the second one, which in turn must be completed to unlock the third one and so on.

When you start an Operation, you will have 5 Mission Sets available at the same time, each one for a different tank class. You can have multiple Sets active simultaneously, but it is only possible to have one mission active within a Set at a time. Also, you cannot progress multiple Sets in one battle – for example, if you enter the battle as a medium tank, that battle can contribute only to your progress in the medium tanks’ Mission Set.

Example of a Mission:

Example of a Campaign

All related information in regard to the mission conditions and rewards will be available to you in-game under the “Missions” tab.

But wait, there’s more. For completing missions above and beyond the call of duty, you’ll receive special Medals and Badges, which will be added to your Service Record. These are rewarded for completing the Personal Missions’ Primary and Secondary Objectives. You will also receive them for completing a number of missions as a reward for your proficiency.

Important: Please note that the reward types for completing Primary and Secondary Objectives vary depending on the difficulty and complexity of the mission, with more valuable rewards being granted for more demanding tasks.

However, you can earn an extra Commendation for completing the Secondary Objective for the 15th (last) mission in the Chain.

This is a great opportunity for anyone who cannot or does not want to complete a Mission Set for a particular vehicle class. For example, if you don’t like Light Tanks and do not want to play them for the missions’ sake, you can finish the last missions’ Secondary Objectives for the 4 other Sets. By doing so, you will earn the 4 missing Commendations you need (1 per Set) without having to work through the Set for Light Tanks. However, remember that skipping a Set by using extra Commendations means that you will not be able to recruit the experienced female crew member assigned to that particular Set.

If you complete an entire Set, you will be able to recruit a highly trained female crew member. This tanker will be at 100% Major Qualification, will have learnt a special perk Sisterhood of Steel, and possess enough Experience to learn an additional skill. Sisterhood of Steel functions similarly to the Brothers in Arms perk but, in order to activate it, all crew members operating the given tank must be female. This means that if you have a mixed crew on your vehicle, the perk won’t be in effect. 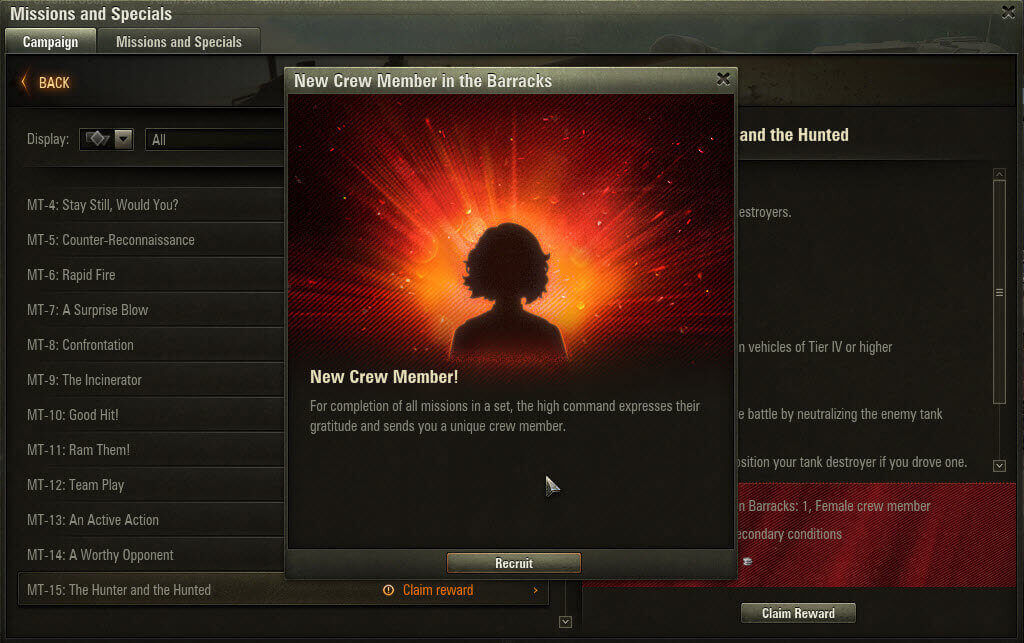 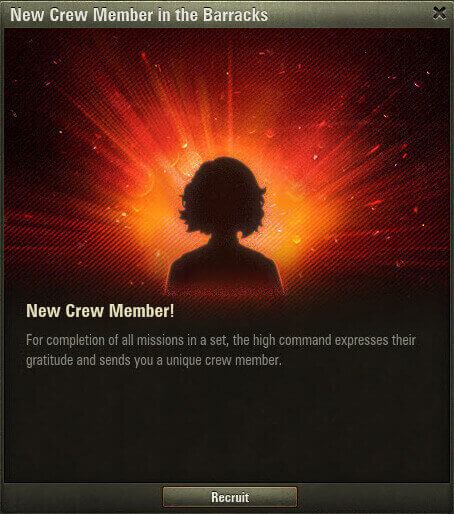 Moreover, while recruiting the female crew member, you will be able to determine her nationality, and assign her any role on any vehicle in your garage corresponding to the chosen nation. 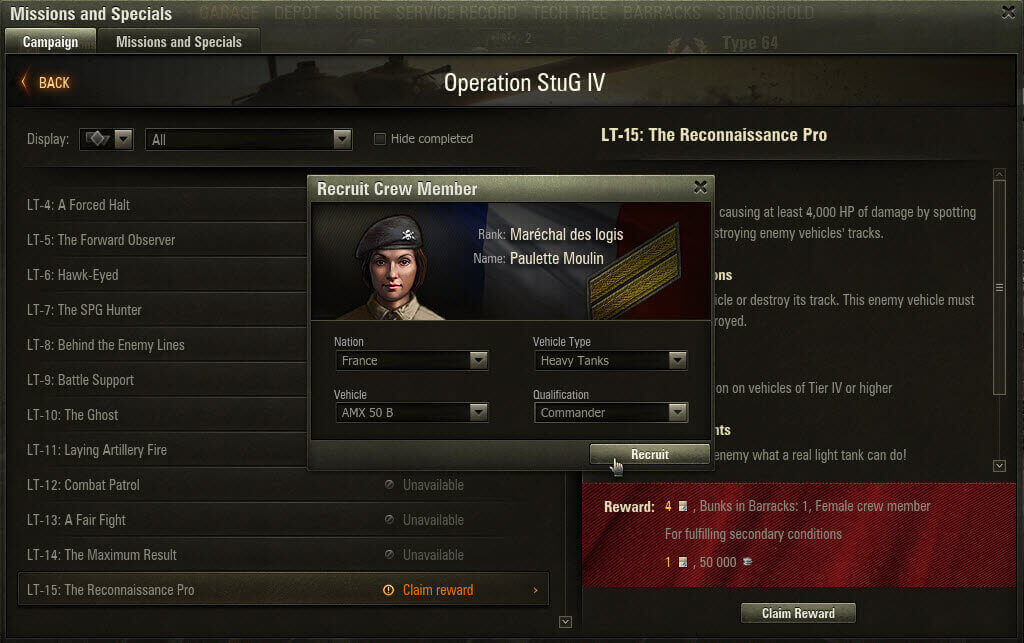 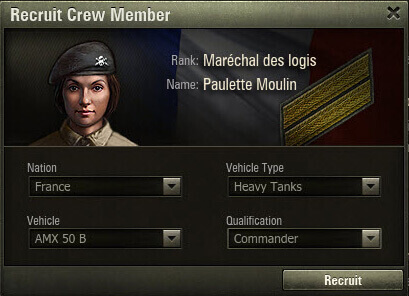 Do you have what it takes to complete all the Personal Missions, Commanders?