The tank of a Hero of the Soviet Union has trundled into World of Tanks!

Tiger 131  ; it is based on its real-life counterpart.

Tale of the Tank 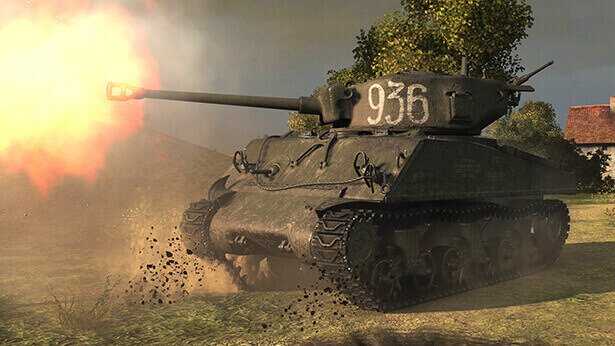 Loza's M4-A2 Sherman  , marked "936", is the first Lend-Lease M4 Sherman in World of Tanks. It was commanded by Colonel (Ret.) Dmitry Fedorovich Loza of the Soviet army during World War 2.

A graduate of the Saratov Tank School, Loza saw his first battle in August 1943. Later, in 1945, then-Captain Dmitry Fedorovich Loza was placed in command of the 1st Tank Battalion of the 46th Guards Tank Brigade, which spearheaded the armoured thrust of the Vienna Offensive in Lend-Lease M4-A2 Shermans.

As his battalion advanced through Hungary towards Vienna, they captured trains, warehouses, and workshops full of German weapons. Among the captured items were ammunition, artillery guns, and 4 intact

Panthers  . The same day, they defeated a German tank column.

In early April, the battalion broke through German lines and arrived at Vienna, holding ground to allow the rest of the brigade to arrive safely.

For his actions during the Vienna Offensive, Loza was awarded the military honour of Hero of the Soviet Union and the Order of Lenin, two of the highest distinctions possible in the Soviet Union.

After the war, Loza studied at and graduated from the Frunze Military Academy in Moscow, where he became a senior lecturer. He retired with the rank of Colonel in 1967.

This vehicle comes with a commander that has the Sixth Sense Perk already unlocked!

Having Sixth Sense right out of the box will save you lots of grief in battle.

With a -10° gun depression angle, you'll be able to take full advantage of hilly terrain to stay safe while punishing your opponents with your gun that reloads every ~3.3 seconds.

This vehicle comes with space for a 5-person crew, making it an excellent crew trainer!

This is the first Lend-Lease M4 Sherman in World of Tanks, and has the story of a war hero to go with it. If you're a collector, it's not to be missed!

Not easy to fight Tier VIIIs

Your armament and armour may not be particularly effective against Tier VIII opponents. 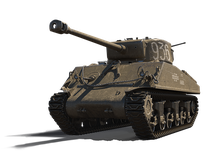 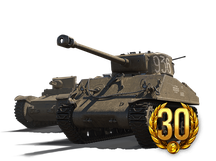