Update: Localized subtitles are now available for all languages.

We're back with the next special episode of The Challenger: Asia Edition!

After leaving the Australian outback for colder climes, The Challenger heads north towards Kinmen, a small archipelago of Taiwan. The site of several battles that saw the use of tanks, Kinmen itself plays host to a multitude of museums and war exhibits throughout the islands.

But enough introductions - The Challenger has written a personal account of his experiences in Kinmen to accompany the video. Read it all below!

Kinmen: a small Island with a big reputation

I instantly fell in love with Kinmen, the peace and tranquillity and the incredibly warm welcome of the inhabitants.

It is a place steeped in rich history, a reminder of the bitter civil war between Communist and Nationalist forces and an absolute must visit location for anyone with an interest in Military history.

Kinmen lies only 2km of the coast of mainland China on the edge of the Taiwan Strait. It is without doubt one of the key locations in modern Chinese history. Even though it is so close to the Peoples Republic of China it is controlled by the Republic of China on Taiwan.

Although there is evidence to suggest that Kinmen was inhabited more than 6500 years ago it is not really until 317 AD that we find some hard data that dates back to the Tang dynasty (AD 618-907).

In the 1640s, the Ming loyalist general Koxinga occupied the island and used it while preparing his navy to fight against the Qing forces that had overrun China.

Kinmen was once better known in the West as Quemoy, when the Allies declared War on Japan in 1941 the Chinese Civil War between the Chinese Communist Party (CCP) and the Nationalist Kuomintang (KMT) was put on hold. The Nationalist Military and Political leader Chiang Kai-shek deployed his forces together with Stalin, Roosevelt and Churchill to fight this war against Japan. Even though Japan signed an unconditional surrender in 1945 a year later this Civil War recommenced. 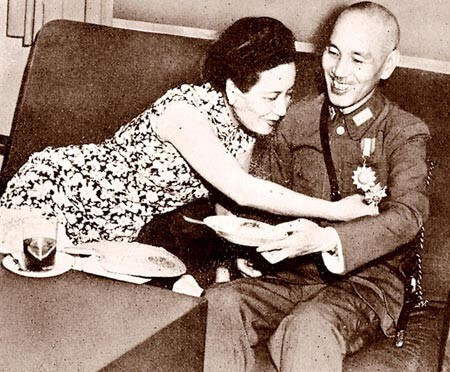 Above: Chiang Kai-shek with his wife Soong May-ling 1943. Photo courtesy of the China Times.

In 1948 the Nationalists lost their fight in China to the Communists led by Mao Zedong (commonly referred to as Chairman Mao) and retreated to Kinmen. Mao who up to this time had numerous victories to his name including the capture of Shanghai and Beijing had his sights firmly set on Taiwan with Kinmen, as it was directly on route, being his first target. In Kinmen the Nationalist forces “dug in” building vast fortifications, still very much apparent today, with the plan that the Island would one day be the staging post for a take back of mainland China. As Chiang Kai-shek had once apparently quoted "As long as we have Taiwan, the Communists can never win." 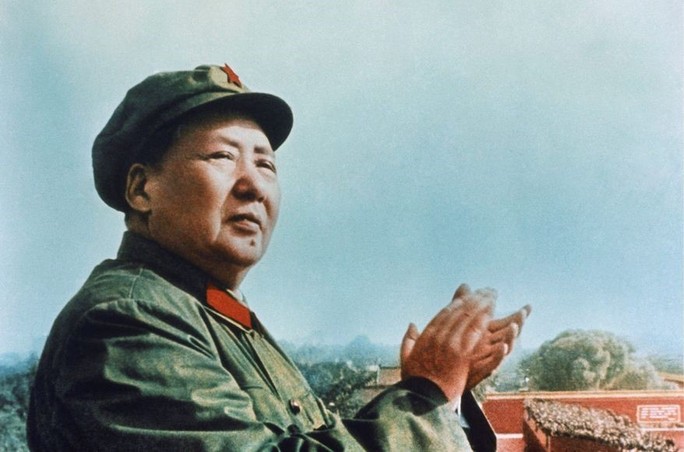 Above: Chairman Mao. Photo courtesy of the Washington Times.

The Nationalist forces prevented an invasion attempt in 1949 when the Communist Party gravely underestimated the preparation and determination of those on the Island.

On August 23, 1958, the Communists launched an intense artillery attack on Kinmen, firing somewhere in the region of 480,000 shells in 44 consecutive days of bombing. Mao then called a brief ceasefire but when the US decided to deploy aircraft carriers to the region he ordered the barrage to start once again. Finally Mao proposed that if the US warships kept away from the Chinese coastline, the Communists would only bombard the islands on odd-numbered days. The US agreed, and by mutual agreement Taiwan fired artillery shells on Mondays, Wednesday and Friday, while the Communists fired on Tuesdays, Thursdays and Saturdays. Sunday was a holiday. This incredible arrangement continued for a massive 20 years with not only artillery but propaganda material being exchanged between both sides. 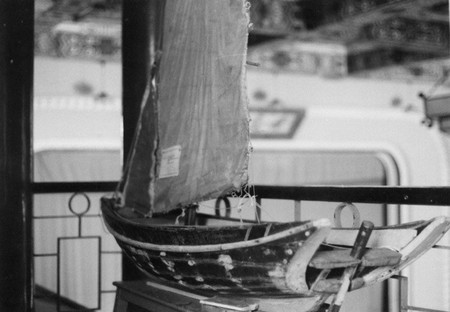 Above: A small model boat used to sail propaganda leaflets between China and Kinmen. Photo Courtesy of psywar.org 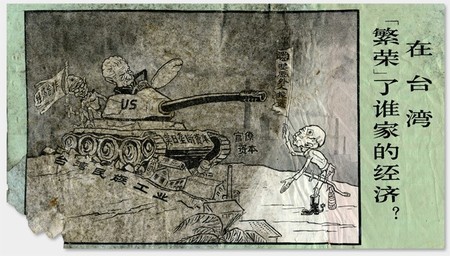 Above: A Communist Chinese leaflet asking whose economy is prospering in Taiwan? Photo Courtesy of psywar.org

Two decades later when President Richard Nixon recognised the Government in Beijing China finally gave up and Kinmen remained part of Taiwan, no wonder it is referred to as the “Battlefield Island”.

In 1995 much of the Island became Taiwan’s sixth National Park dedicated to battlefield memorials and historic monuments.

Troops are still to be found in Kinmen but the garrison is now considerably smaller than that of 1958 when around 100,000 were stationed here.

Our time in Kinmen was much too short there was so much more I wished to see, in particular the multitude of tunnels that were dug, which allowed Kinmen to safeguard its combat power during the shelling.

In the video we concentrate on the major conflicts that occurred on the Island, narrating the story from Kinmen National Park. Unfortunately we were not allowed to get on the vehicles in the Park, let alone inside them and the years of them being monuments outside have taken their toll, but never the less we hope you enjoy this very brief tour anyway. 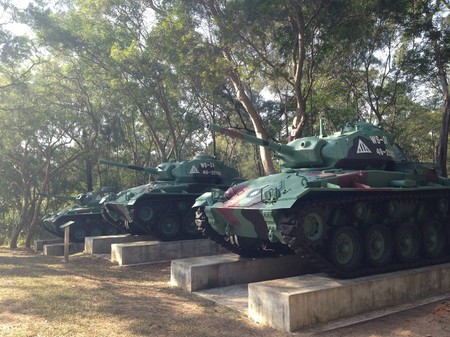 My thanks to all involved in this trip, our friends from Wargaming Asia, our guide who put up with endless questions but in particular my thanks to the wonderful people of Kinmen the Island that Chairman Mao couldn’t capture.

Discuss this video on the forums

The Islands of Taiwan-Richard Saunders