“It was Spandau vs Bren the whole way through”

No matter how much I would like to detail the battle and planning of Operation Veritable here, the space available is just insufficient to do it any sort of justice. There is however a multitude of reference material available out there if you feel the urge.

Today we will concentrate solely and briefly on the Armour & Special Equipment, as the operation is one that highlights every Tankie’s worse nightmare - that of poor terrain and the dramatic impact the weather can have on an Operation. A bogged Tank is nothing but a pillbox and presents an easy target.

The Object of Operation Veritable (in brief)

Operation Veritable started on 8 February 1945 and the following comments are based on the “After-action Reviews” written by the 21st Army Group, British Armed Forces and Colonel P.N. Veale, MC Commanding Officer of the 9th Royal Tank Regiment.

The operation was only one of a series designed to enable the Allies to break into Germany from the West and destroy the German armies opposing them. Its particular object was to destroy the enemy between the River Maas and the River Rhine, and to break through in a southerly direction between these two rivers. When this was completed, the 21st Army Group would be poised ready for the next phase, with a front formed along a length of the Rhine.

A note from the day by day report reads: “To the left 53 (W) INF Div made steady progress and secured the high ground at the NW corner of the Reichswaid, taking 200 Prisoners of War. The state of the ground caused great problems… The Churchill Tanks and the bridge layers managed to keep up with the Infantry but the Flails and Crocodiles were immediately bogged down after crossing the start line.” 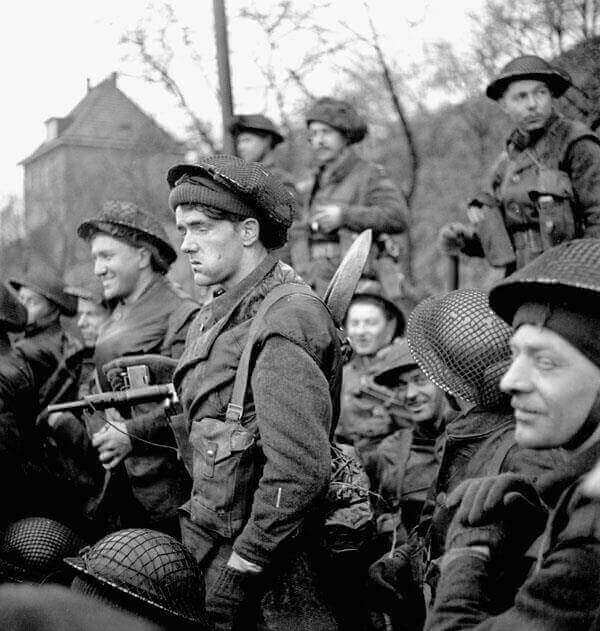 Commander General Dwight D Eisenhower commented that “Operation Veritable was some of the fiercest fighting of the whole war, a bitter slugging match” between Allied and German forces.

It was hoped that after the initial break-in that there would be a large scale breakthrough by Armour, the weather and ground made this impossible. Flooding and the extremely bad going confined the movement to roads and tracks. This in turn caused massive congestion and the German Army, realising this, turned all hamlets and towns into strongpoints, constructing anti-tank ditches and cratering the roads. Ultimately none could be by-passed by the Armour but had to be taken by the Infantry. On occasions when Armour attempted to work independently the losses were severe.

The battle was predominately that of the infantry. Even with air supremacy, the battle would rely on fierce infantry to infantry fighting. One commander on the ground stated “It was Spandau vs Bren the whole way through”

So the most effective use of the Armour was that of close support, a role that even today is critical both in terms of supplying huge amounts of firepower but also, critically for the infantry, a great boost to their morale. 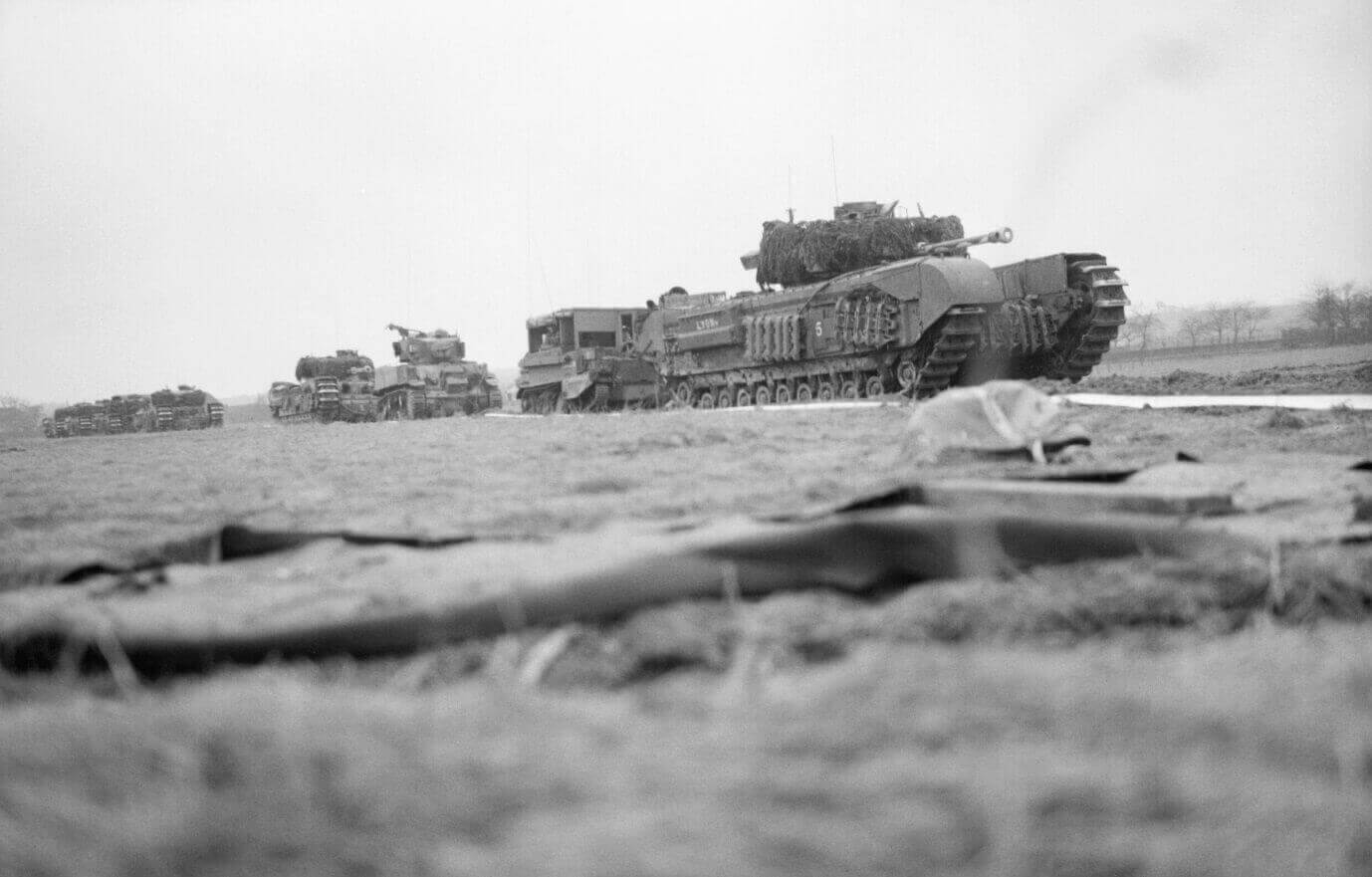 “In view of the blindness of tanks in forests, it is essential that in all advances, both by day and night, deployed infantry should precede the tanks, irrespective of whether the tanks are advancing down the rides or through the forest. In order to avoid falling trees hitting the infantry, they must be approximately 30 yards ahead of the tanks. To ensure this, advances at night must be by bounds and movement light must be used. The infantry must carry some easily seen mark on their backs, and infantry and tank commanders must be close together. In one case, infantry carrying white mugs on their backs advanced 80 yards at a time, signalling back with red lights to the tanks behind them each time they halted. This system worked satisfactorily. Flank as well as frontal protection must be provided.”

The use of Flails (below) could rarely be employed of road they became hopelessly bogged. 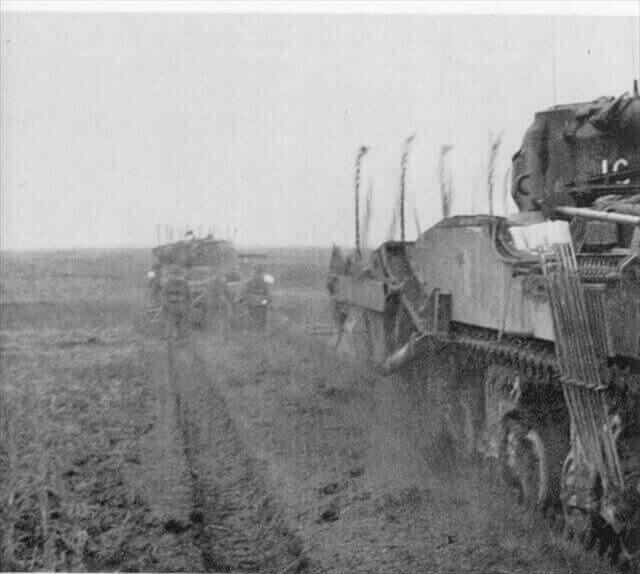 From the Operational report of 9RTR(Col P.N. Veale, MC)

“The advance began at 1030 hours but the ground was in a parlous state and “Flails” and “Crocs” could make no headway, the area of the Start Line was soon jammed with bogged vehicles. Ordinary Churchill’s however made steady, if slow, progress across the heavy fields. No opposition was met in the first 1,000 yards, but speculative Besa fire was freely used to the front and flanks.”

“The use of Crocodiles were a great success according to the report, against pill-boxes. Fox holes in woods and built up areas, serious and stubborn resistance was overcome by the use of flame, which continues to terrify the enemy.”

Above 9RTR on the Move.

The report clearly states that “WASPS are generally preferred to crocodiles for most operations. The WASP has the advantage of being directly under the Battalion commander and therefore readily available at all times. They proved extremely useful at clearing enemy from woods, villages and farm buildings. BADGER (RAM) flame throwers were used for the first time in this Operation.” The BADGER RAM was an adaptation of Canada’s RAM Cruiser Tank. The Ram chassis was ideal, especially when the main turret was removed to make room for the WASP fuel tanks. 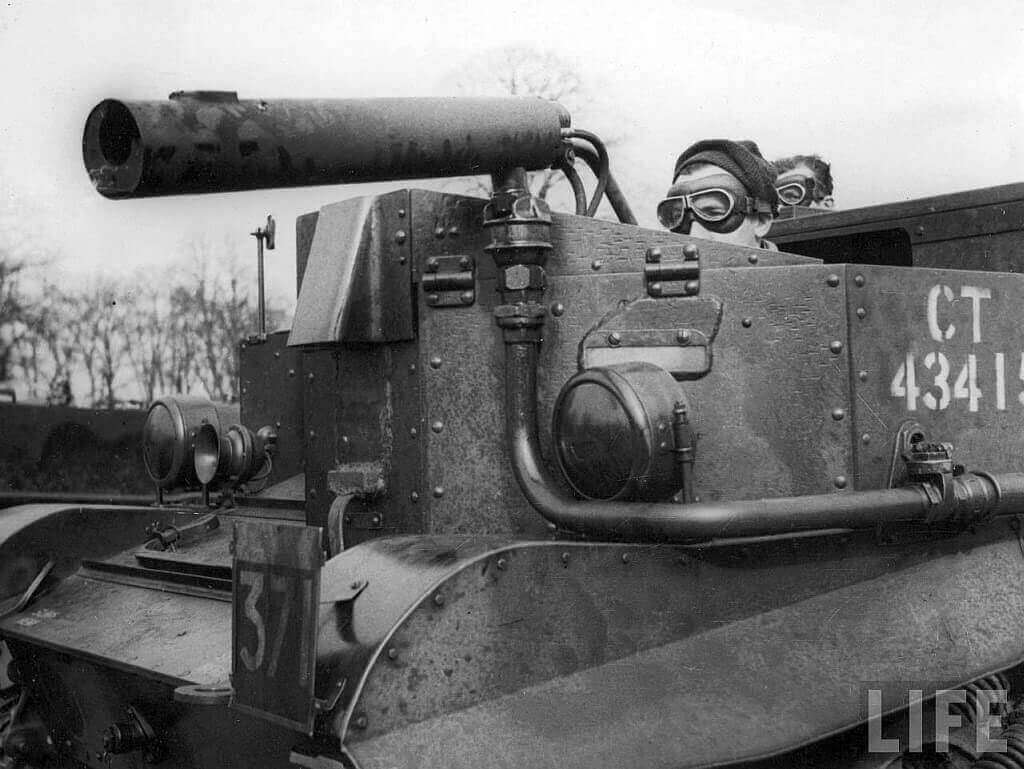 Most of these Ram conversions, designated Badgers, mounted the Wasp’s flame projector in place of the forward .30 cal machine gun, allowing a broad arc of fire. The projector was actually mounted upside down, but this did not affect the accuracy of the weapon. The rear held the fuel for the flamethrower, and most, but not all Badgers covered the open turret with armoured plate. Later versions featured an auxiliary turret on top of the armoured plate, which provided a cupola for the tank commander as well as a .30 cal machine gun to repel any enemy infantry who wandered too close. 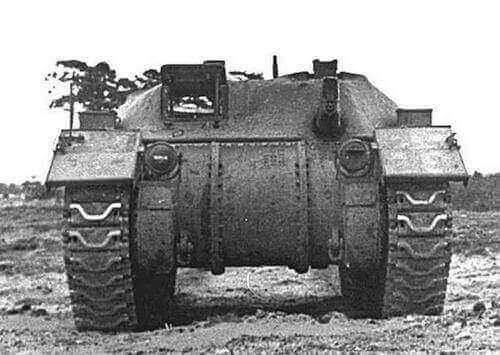 Whilst still on the subject of Flamethrowers, LIFEBUOY equipment (handheld flamethrower) was used during Operation Veritable but the report states “that users have no confidence in it, as it is mechanically unreliable and too heavy”. 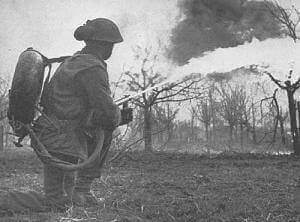 AVsRE (Armoured Vehicle’s Royal Engineers) used petards (explosive charge) against pill boxes and strong points that were beyond the scope of the Crocodiles. 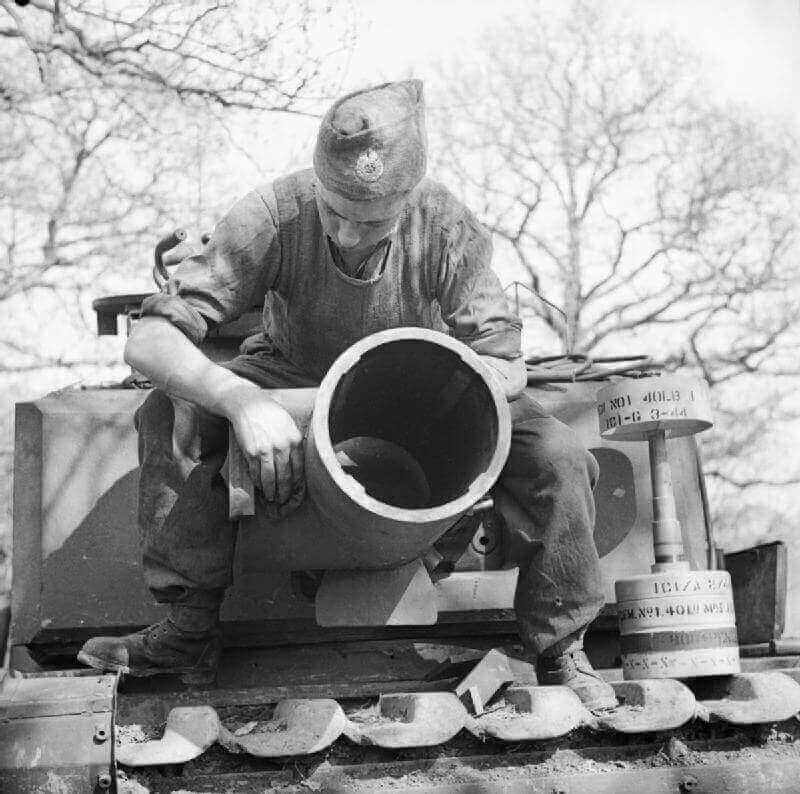 On one occasion, a reinforced concrete pillbox manned by 40 enemy was destroyed by three AVsRE which fired 24 rounds in salvoes, penetration being 4ft, and 30 of the enemy hastened to surrender. AVsRE carrying fascines were successful to bridge road craters and anti-tank ditches.

(Above) AVRE with Fascine.

(Above) An extract from a report prepared by Captain J.B Conacher R.Sigs

Operation Veritable was deemed as a military success, and the way clear for the final advance into Germany. There were some critical points learnt that even in my tank service time are still as valid today as they were then.

The same principles and rules apply, though they must, in many cases, be adapted to suit the unusual conditions of limited visibility and restricted manoeuvre. These two factors, as well as imposing many restrictions and difficulties on the actual fighting troops, make it extremely difficult for a commander to influence the battle, once he has launched his troops into an attack.” (Commanding Officer, 9RTR) 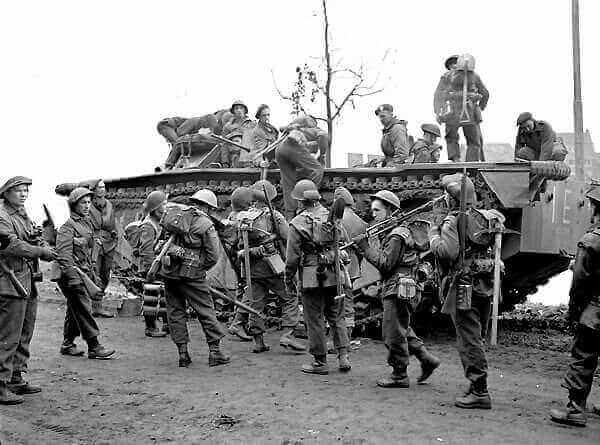 As I said at the start this is just a very brief and hasty run through of some of the Special Equipment utilized during the Operation.