In update 9.3 you will experience several changes and new features in the Strongholds mode – a new building with unique reserves, legionaries, boost of income in skirmishes, and cancellation of limit for players in buildings.

Scroll below for details about each new feature.

The building will be placed in last remaining slot on your fourth zone of the Stronghold. War Department produces special reserves, which provides different battle missions to all clan members to be done in random battles. 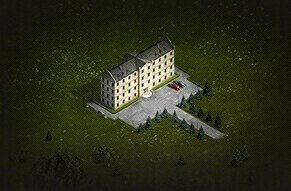 The missions are different by their content and difficulty. Examples: deal 10 000 damage points within a platoon or be one of the top-3 players by damage during reserve lifetime.

Battle missions last for 2 hours after reserve activation. What should be noted is that a reserve may be used in a parallel with other reserves. In other words you could activate reserve for additional experience in battles and start to complete battle mission from War Department simultaneously.

Below you could find a table with awards for battle missions, which depends on reserve/building.

You can only receive one type of award. For example, on a level 5 building, you could receive crew experience, vehicle experience, or credits.

The award will be displayed in a moment of battle mission completion.

With the help of reserves, produced in War Departments, it is possible to receive following types of battle missions (provides randomly):

This feature provides non-clan players opportunities to participate in skirmishes, but not more than 5 legionaries. The feature is very suitable for testing players before enrolling them into your clan – or just to fill the slots you need to complete a team for skirmishes.

In update, 9.3 a balance of credits income for skirmishes have increased:

Additionally, special battle mission for boosting experience by 50% in skirmishes will be launched.

Cancellation of limit to number of clan members in a building

Now only up to 20 clan members could be assigned to one building. This limit will be cancelled, so a whole clan can be placed in one building.

The functionality required additional tests, so after update 9.3, a special common test, in which any player could take part, will be launched. Based on the results on the test we will make decision about launching the feature.