For the Second Stage, you'll be fighting your way through bridgeheads, infiltrating approaches, and capturing citadels. Keep a look out for fortresses on the map - they will be your key to loads of Fame Points. Rely on the power of teamwork and your own battle skills to seize victories in Verdun Hell.

1.2. In the stage vehicles up to VIII tier inclusive can take a part.

1.4. The Map will not be wiped after the First Stage so the owners save their provinces.

1.6. World redivision ends on November 25 and after that, the Verdun Hell rules come into force:

1.7. Possibility to move chips and attack Fortresses will appear only with the end of world redivision.

1.8. During the Third Campaign, clans can swap between the global map or leave the map at any time. Upon leaving, a clan loses all provinces on the map, but Fame Points remain.

1.9. After leaving the map, all the chips of a clan as well as its Headquarters, will be removed from the Map and go to reserves. The chips and headquarters, which were withdrawn from the Map, will be available after 24 hours. Chips which are in the reserve may be deployed on any map on the next turn after leaving.

2. The Main Objectives of the Second Stage of the Third Campaign

2.1. During the Second Stage, special areas called Fortresses will appear on the map. A Fortress consists of a citadel in the centre and approaches. For capturing approach-provinces, a clan gets Fame Points bonuses. In the case where a clan manages to capture a citadel before the approach, the clan will earn x4 more Fame Points than the basic amount.

2.2. Recapturing approaches does not bring any bonuses to a clan. You can find tool-tips on the map which will remind you whether you captured the approach or not.

2.3. Provinces directly adjacent to the approaches are called bridgeheads and are constantly landing.

2.4. On each citadel, there’s no option for landing. There will also be no revolts in the provinces belonging to the citadel. The only way to get into fortress provinces is through the bridgeheads.

2.6. Fortresses exist only for five days (120 turns) and then appear elsewhere.

2.7. With the appearance of fortress, its citadel, approaches, and bridgeheads will be wiped to create equal conditions for all clans:

2.8. If a province, on which a citadel or approach appears, is starting (constantly landing), it will be normal before the third stage starts.

2.9. If a battle for a bridgehead ends in a draw, the winner will be the defending clan. [Updated]

2.10. Fortresses differ in their Fame Points bonuses. Different fortress bonuses will be marked on the map by icons in different colours - gold, silver, bronze.

2.11. In scope of one Fortress, all approaches bring the same bonus.

2.13. At the end of the Second Stage, Fame Points of players earned by clans during the stage 1-3 places, will be multiplied by a certain coefficient:

3. Additional Missions of the Second Stage

3.1. "Hall of Fame" mission: Fame Points earned in all the battles for the province of existing Fortress (citadel and approaches) are multiplied by 1.1 (Z coefficient in Fame Points calculation).

3.2. "Defiance" mission: Fame Points earned in all the battles against the current owner of the citadel, multiplied by 1.2 (Z coefficient in Fame Points calculation).

3.4. Additionally, during the Campaign, secondary and special missions are available for performing. Full list of missions is included in the Regulations.

The Battle of Verdun: Historical Reference 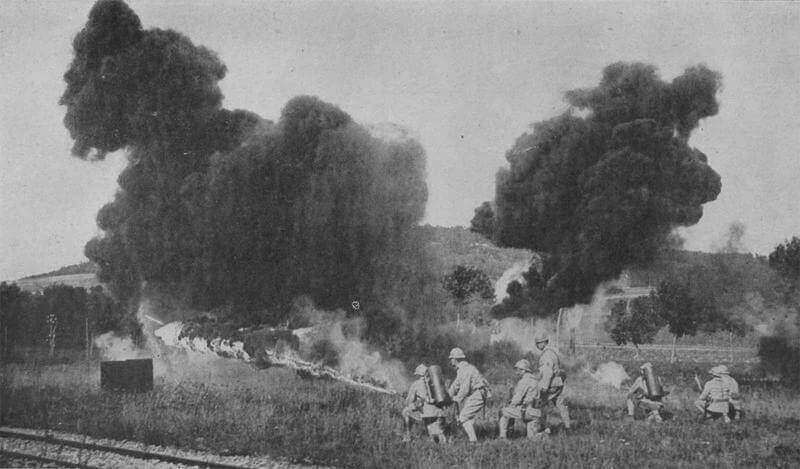 The Verdun operation was one of the largest and bloodiest in the First World War. It was held from 21 February to 12 December 1916 and entered into history as "Verdun Hell". During the battle, the French troops were able to reflect a large-scale offensive of the Germans and prevent release of the German army to Paris.

The Verdun operation, along with the battle of the Somme, marked the beginning of the German Empire’s military potential depletion and the strengthening of the Entente.

In Verdun, light machine guns, rifle grenade launchers, mortars, flamethrowers and chemical weapons were widely used at first. Density of artillery fire was increased and aircrafts were also actively used. The infantries built deep battle formations and created assault groups. For the first time, by using road transport, prompt regroup forces were made. Defence experience, built on a combination of field and permanent fortifications, served as one of the arguments in favour of the construction of a fortified border strip that had been established in most countries of Europe after World War I.