Clan Wars
In other languages:

Development of the Clan Portal continues! The Clan Portal has been updated to significantly expand opportunities for use of clan-related statistics. Read on to learn more about the new features that have been added.

In the current update, you can view extended clan battle statistics in both Strongholds and the Global Map. Now, new statistics will be available to all players, such as a division's number of skirmish victories. In addition, the statistics on the Global Map will display the clan's event and season progress. Additionally, the clan profile page now displays the clan’s Fame and Victory points, which will give you a clearer picture of the clan’s successfulness. 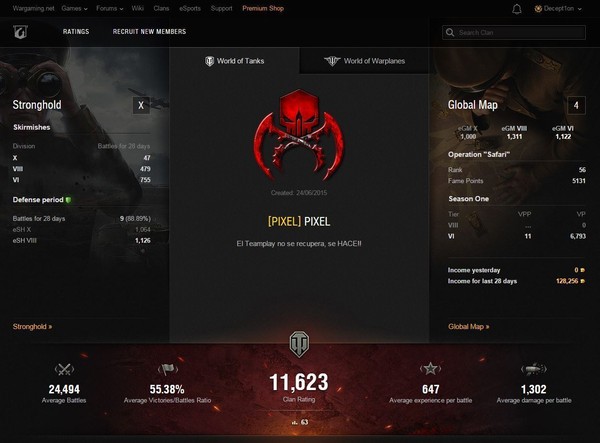 Tracked statistics for all Global Map battles that a clan has participated in will be divided by tank tiers. The statistics tracked include key indicators of performance. 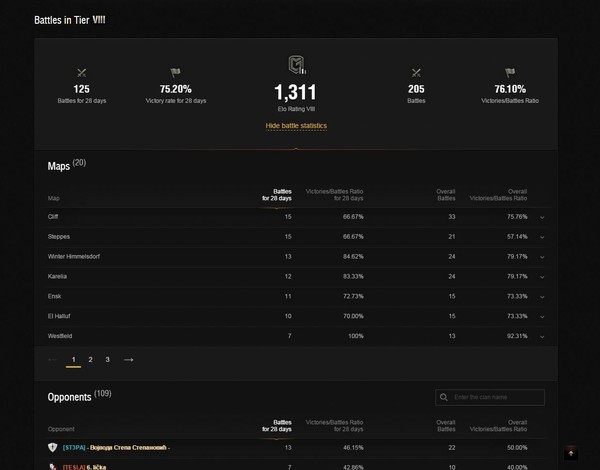 Visit the Clan Portal
Check for Recruiting Clans
Next
Select a region
Selecting another region may affect the website content.