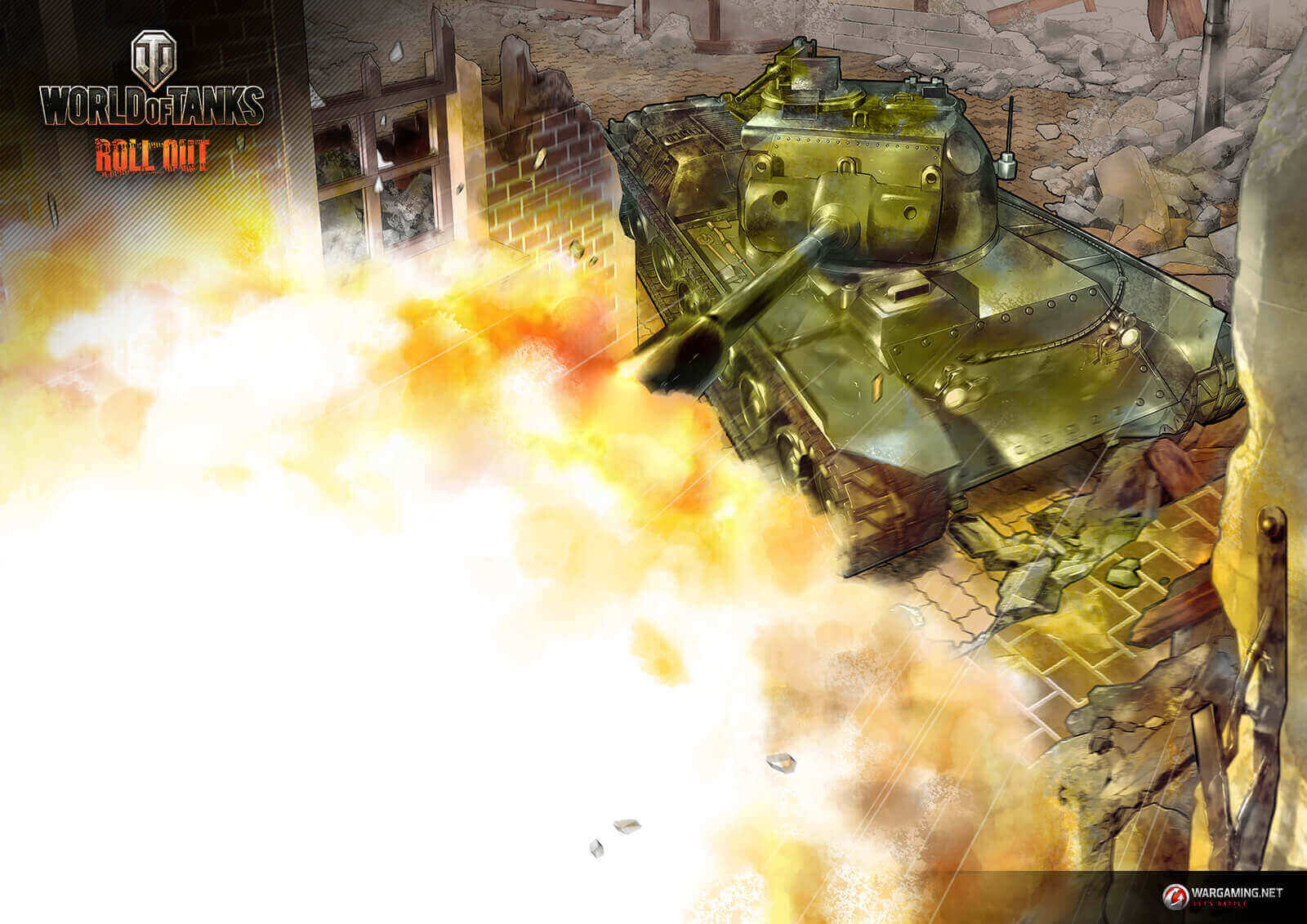 Welcome back to Japanese Tanks in Illustrations! Part 13 will highlight the STA-1, which was created as a prototype of the Type 61 tank. Illustrator Takashi brings you a dynamic scene with the STA-1!

After the defeat in World War II, Japan was forbidden to have a standing army. However, the Japan Self Defense Force was organized in 1954 after the Cold War escalated and international situation changed. On this year, domestic tank development was also resumed.

The initial requirements were for a 25-ton tank that has a low ground pressure with a 90mm gun and a powerful engine. The reason the tank had to be lighter than similar designs of the era was because the Japanese infrastructure lacked large roads and also because the tank needed to be able to pass through rice paddies commonly seen in Japan.

However, in the Korean War, a M26 Pershing weighing over 40 tons had no problems passing terrain similar to that of Japan. Also, stabilizing a 90mm gun in a mountainous terrain required at least 30 tons, and so the requirement was later lifted to the heaviest weight transportable by train: 35 tons.

The “ST” prototype tanks plans called for 2 additional requirements. Lower silhouette to decrease the visibility, while keeping the width under 3m so the vehicle can be transported by train. The resulting design had a height of 2.2m, but as a backup a 2.5m design was also created. The former was designated as STA-1, the latter as STA-2.

Both vehicles used the same turret, but the STA-1 had an elongated hull and reduced mobility as a result. Also, the gun only depressed -7 degrees. The STA-2, on the other hand, had a -10 degrees gun depression, so the height advantage of the STA-1 was pretty much negated. The STA-2 was selected to be developed further and the STA-1 lost the competition.

Along with the development of the ST tanks, a new rifled 90mm tank gun was developed by Japan Steel Works based on the technology provided by the American 90mm M3 tank gun.

Also, during the prototype testing, the Mitsubishi 12HM21WT air cooled diesel engine was not completed, and a DL10T water cooled marine diesel engine was used. If you take a look at the STA-1’s modules in the World of Tanks tech tree, you can see the trial and error that went in the development of the STA-1.

I’m on a horrible losing streak. I never end the game with the win rate higher than when I started it. Every time I try to go through the daily double, my win rate drops by 0.1%. Whatever I do, I cannot win.

When this happens when I’m at home, I start speaking dirty as there’s no one around. My friends and platoon mates on the voice chat with me are probably shocked ay my language. A lion in the tank, and a mouse outside. I’m probably not fit for confined spaces like tanks and I’ll probably end up in the ranking of “superiors soldiers never want to work for.” I should probably try to fix this and try to remain calm as I might lose matches that I might have one otherwise. Besides, it isn’t fun.

So when I’m in a lousy mood, I get on a Japanese tank to calm myself.

As you all know, Japanese tanks are quite fragile, and you are lucky if you can take three hits when riding one. You definitely shouldn’t go charging to the front lines in one. You need to treat them delicately, like handling a baby.

“Don’t do a reckless one-man charge. Try to assist allies from the rear with the high-penetration gun, be a part of the team to grasp victory!”

I feel like I can hear the divine message of the God of Tanks. The Commander of my Japanese tank is called Shin Nakatani. He is always calm, even in the midst of battle. You need to keep cool… Cool Japan! …although I tend to lose anyway (in a cool voice)

I feel, an important part of winning this game is creating a numerical advantage over your enemies. It is always difficult to judge when to retreat. It must be really hard for a commander in a real battlefield. He needs make decisions that will affect the lives of those who fight with him, while trying to win the battle.