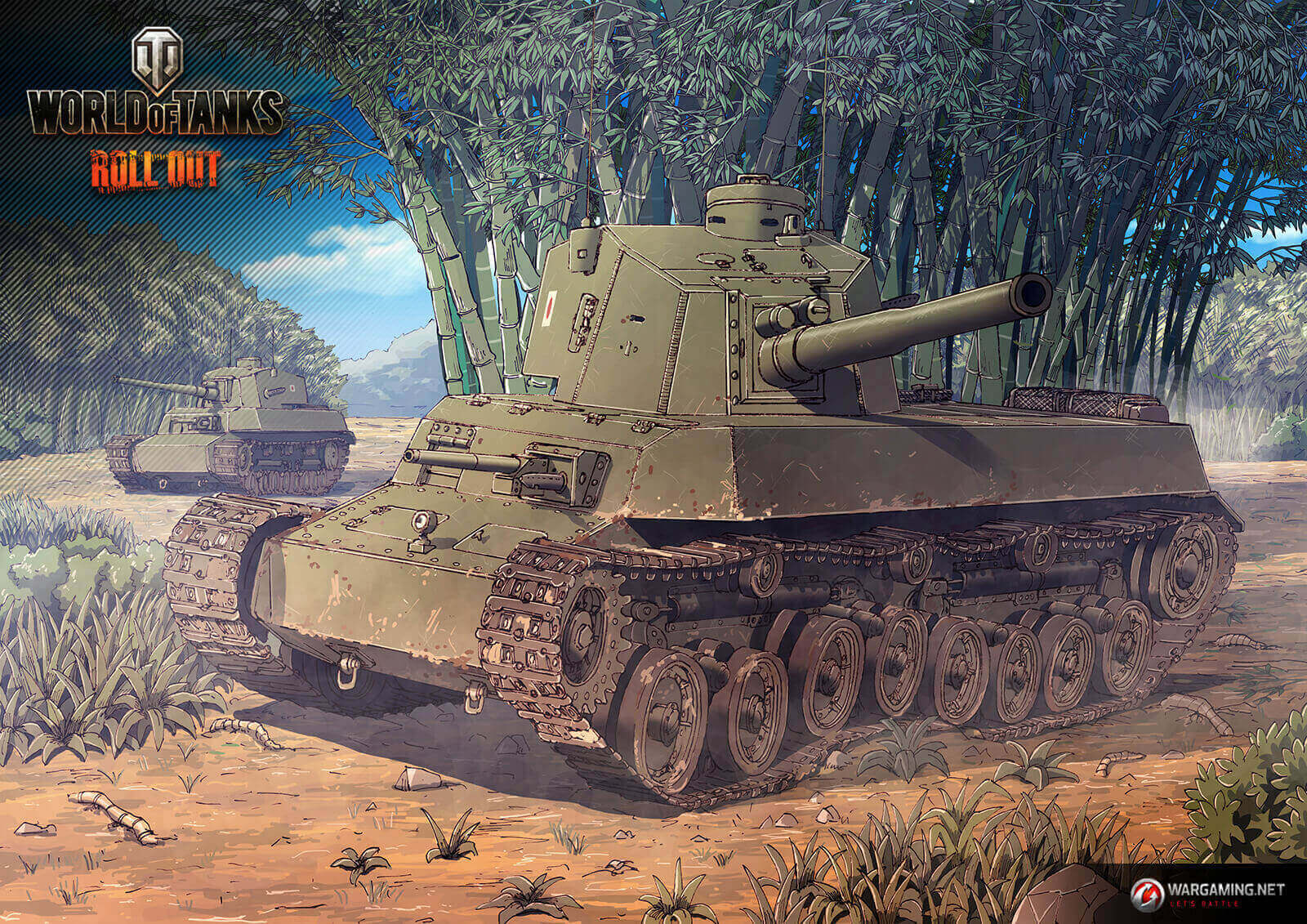 Welcome back to Japanese Tanks Illustration! In part 12, we see the "Type 5 Medium Tank Chi-Ri," the last medium tank built by the Imperial Japanese Army. Although this tank was built with anti-tank capabilities in mind, only a prototype was built. Illustrator EARA SENSYA puts life back into the Chi-Ri.

The Type 5 medium tank Chi-Ri entered full-scale development in 1943. This tank signified a shift in tank development objectives of the Imperial Japanese Army from infantry support to anti-tank.

"Oh, that's the same story as the Type 4 medium tank Chi-To," one might think, but the Chi-To was more of a backup plan in case the Chi-Ri did not work out, so the Chi-Ri was the first major tank development plan with anti-tank capabilities in mind from the start.

The Japanese Army is said to have developed the Chi-Ri based on the German Tiger heavy tank. And you can see the influence in the basic requirements of over 35 ton and a maximum caliber of over 100mm.

The road wheels was the regular bell crank design, but the a road wheel was added per side increasing the number to 8 per side, and the sprocket, idler wheels and track blocks were all redesigned.

In order to move the humongous tank, the designers scrapped the diesel engine and used a water-cooled V12 engine designed by BMW. The Chi-Ri obtained 550 hp, over 150 hp from the Chi-To, and it was reasonably good in terms of the mobility. Although it is questionable whether there would have been any fuel to run the Chi-Ri when the fuel was so short that the planes couldn’t get enough.

The giant bustle to the rear of the turret probably catches your attention, but this is the space for the 7.5 cm Tank Gun Type 5 with the semi-automatic loader. The Japanese Army placed importance on the rapid-fire ability of tank guns, and this was part of the reason the adoption of large caliber guns were delayed, but when it was decided to use a 75mm gun, an automatic loader was introduced to bring up the rate of fire.

The seemingly redundant 37mm tank gun on the front of the hull was also added to make up for the lower rate of fire. In the end, the development of an automatic loader failed and the bustle was just a bigger target for the enemy to shoot at.

In World of Tanks, the upgraded gun of the Chi-Ri features this automatic loader.
The mechanics don't truly replicate how the gun works, but it is a unique feature of the Type 5 medium tank.

This time I had the pleasure of drawing the Type 5 medium tank Chi-Ri..

When I was drawing the tank, I noticed how the Type 5 medium tank really resembles the Type 4 medium tank, at least on the first look. I can understand how the Americans felt when they saw the Japanese tanks. Count the road wheels to tell the difference.

I've started playing World of Tanks too. I'm not used to the mouse/keyboard controls, but I'm trying my best right now.