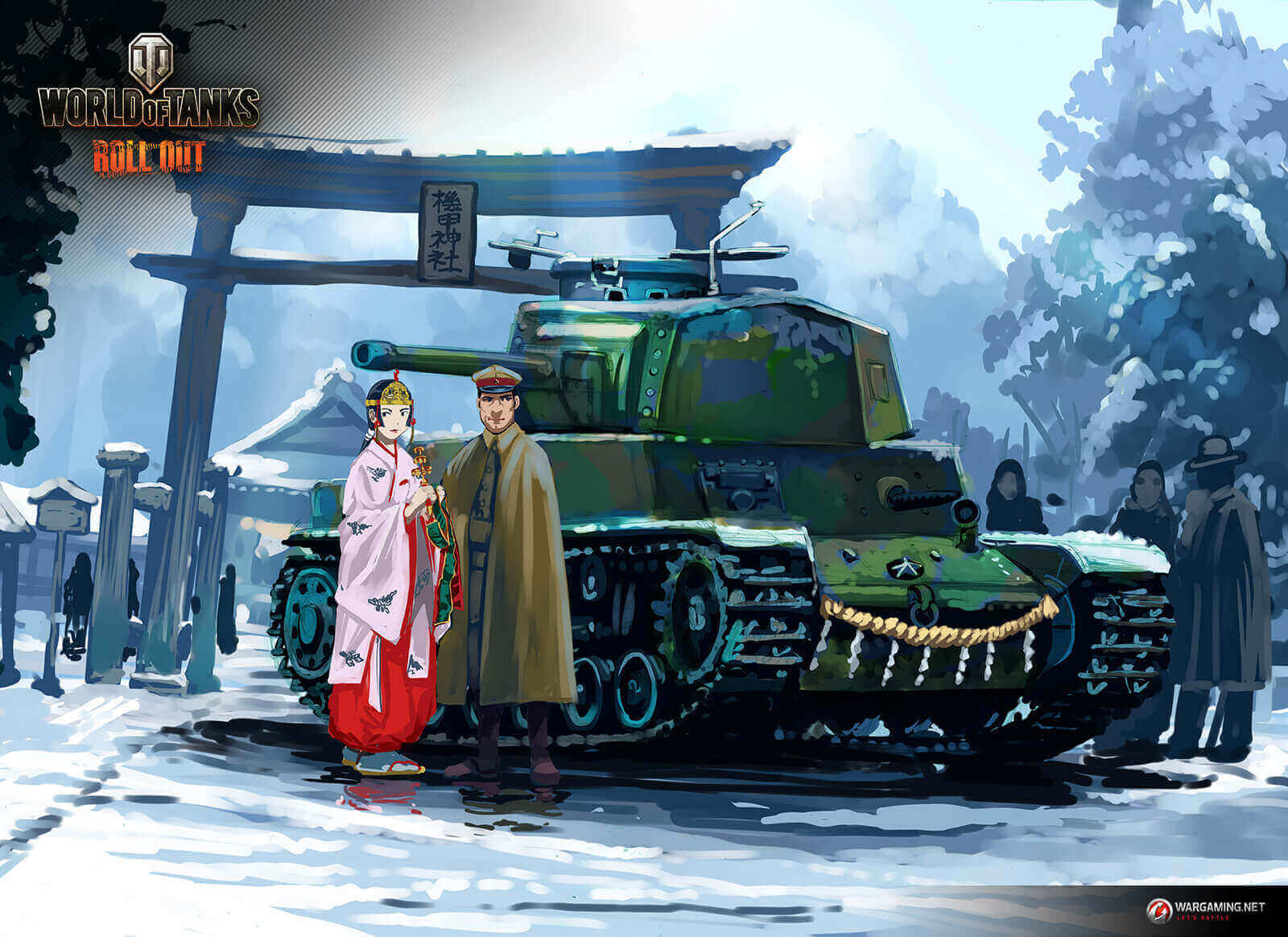 Welcome back to the Japanese Tank Illustration series. In Part 11, we get the chance to view an illustration of the Type 5 Ke-Ho Light Tank, done by comic artist Takeshi Nogami. The tank was said to be completed near the end of the war, although very few pictures, blueprints or documentation exist on this tank.

The light tanks of the Imperial Japanese Army were created with future battles in China in mind, which is why much importance was placed on infantry support capabilities. Encounters with enemy tanks were rare in China back then, so that in itself was not a problem until World War II started.

When the War broke out, it became clear that tanks were the center of ground warfare. It became increasingly difficult to divide anti-tank and infantry support role of tanks. In 1942, the Type 5 Ke-Ho was therefore developed to address the lack of anti-tank capabilities in previous light tanks.

The Type 1, a 47 mm tank gun mounted on the Chi-Ha Kai and the Type 1 medium tank Chi-He, was used to increase their effectiveness in the anti-armor role. However, the gun mounted on the Ke-Ho was the short-barreled version - the muzzle velocity was reduced from the original 810m/s to 740m/s, which helped reduce the recoil of the gun.

Considering the limited space of the turret, this was probably a reasonable compromise. You can see that the turret and the hull is quite unbalanced as it is. Increasing the space inside the vehicle was a challenge when designing the Ke-Ho, which meant that the suspension had to be externalized. This, of course, lead to the reduction in protection, which was a disappointment considering that the previous Type 98 light tank had an internalized suspension.

The weight was increased by 3 tons as well compared to the Type 98 light tank, but the track width was increased from 50mm to 300mm and the engine output was increased by 20 horsepower. All things considered, things were not so bad even though the Ke-Ho suffered a small loss in mobility.

But this is about all that is known about the Type 5 Ke-Ho. It is true that Hino Heavy Industries took on the task of production and one experimental vehicle was completed, but there are no existing images of the completed vehicle whatsoever and the blueprints were all destroyed. Ultimately, the Ke-Ho in World of Tanks is Wargaming's attempt at reconstructing the vehicle by using all available documents.

If some miracle occurs and new findings are made on the vehicle, drastic changes may be required for the vehicle that currently exists in-game today.

By the way, there is a Type 2 light tank Ke-To, which exists in between the development of the Ke-Ni and the Ke-Ho. (According to the classic Japanese counting system, the Type 2 should be the Ke-Ho, but what caused this odd numbering is unclear.) There were initially plans to put the Ke-To as a Tier IV vehicle in the game, but the change in performance was minuscule, so that plan was discarded. But the Ke-To was not omitted. By using certain module combinations on the Ke-Ni, you can create a Ke-To in the game.

That’s one of the many things that makes World of Tanks so awesome.

Hi, I’m Nogami. It’s a bit embarrassing to admit, but I did not know of the existence of the Type 5 light tank until I received the offer for this illustration. Wow, to think that they were building such a thing…

And there was only one prototype… a mystery tank, really.

So, I couldn’t think of any situation where the tank was in action, and I thought maybe if the tank was successfully built, it would’ve gone through a purification ceremony at the shrine. So, I created a snapshot of such a scene after trying to imagine scenes featuring the tank.

By the way, the Imperial Japanese Army uniform suddenly looks snappy when you put a cape on. I guess it was really made to fit the Japanese physique.