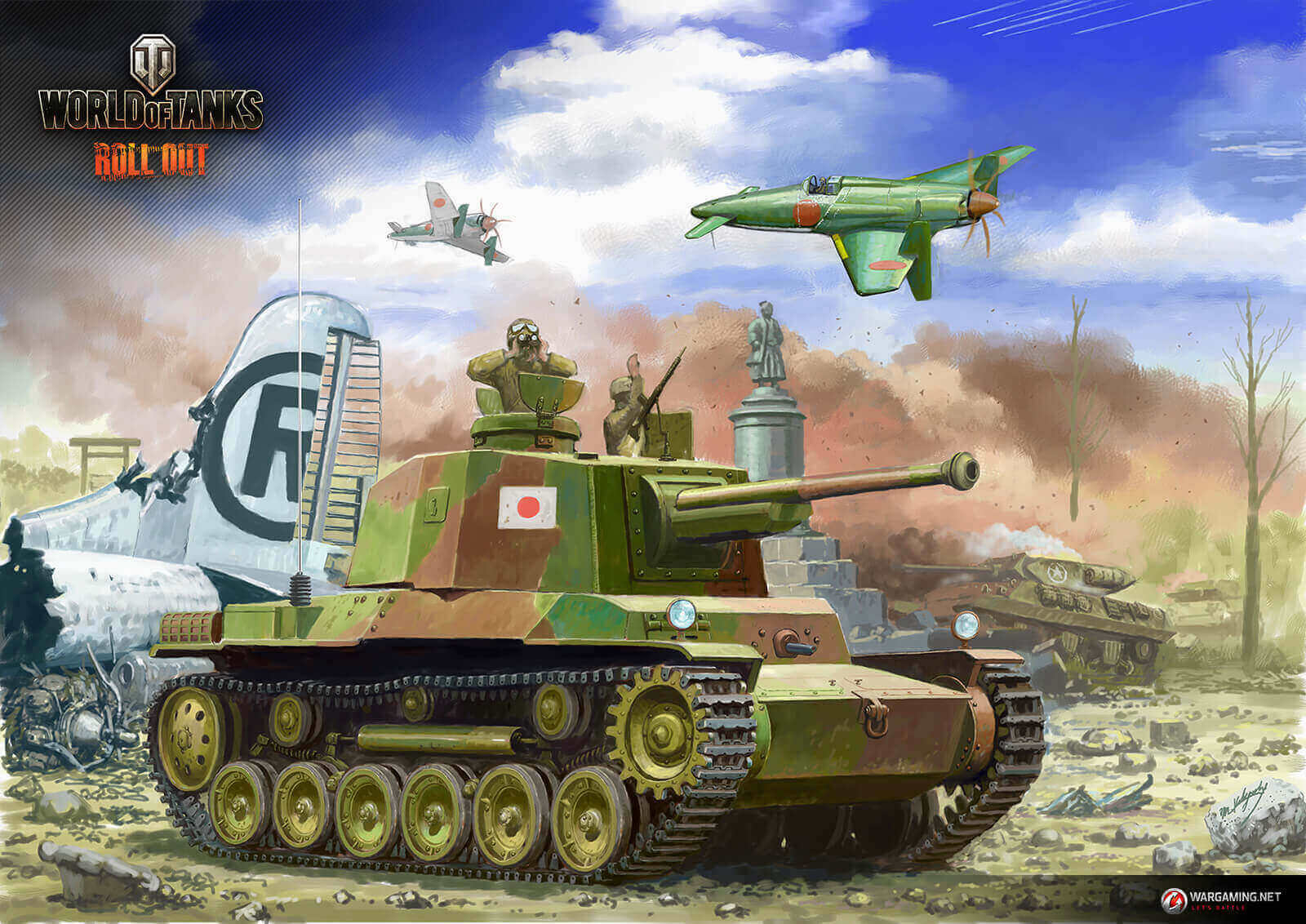 For Part 10 of our Japanese Tank Illustrations series, military manga artist Motohumi “Genbun” Kobayashi brings you the “Chi-Nu,” the tank designed as a weapon for the final stand on the Japanese mainland, which did not see combat.

Prewar Japanese tanks were quite advanced, and advancements such as the successful development of diesel engines for tanks were highly praised. Most of these vehicles however, like the Type 97 medium tank Chi-Ha, were developed for infantry support, and therefore lacked offensive capabilities. Anti-tank capabilities were especially lacking, which lead to the hasty development of the Chi-Ha Kai. The resulting confusion from the numerous philosophies surrounding tank development weighed heavily on the very poor production capacity, which was overwhelmed to begin with.

The Type 3 medium tank Chi-Nu was developed In order to catch up with the latest allied designs. If you ever get the chance to see the actual Chi-Nu (which is on display at the JGSDF Tsuchiura Ordnance School), the massive size of turret and the long barreled 75mm Type 3 tank gun will astonish you. This tank was designed for anti-tank use, and had features for anti-tank engagements such as a turret that holds 40 of the 70 shells.

However, many of the Chi-Nu's parts - including this turret - were not improved from the Type 1 medium tank. The hull was an exact copy of the Chi-He, so there wasn’t much that could be done there. But the weak armor on the new enlarged turret was definitely an object of concern.

Ryotaro Shiba, a famous Japanese historical author and essayist, once campaigned with Type 3 medium tanks and commented on them. In one occasion, he sanded a part of the tank and saw how brittle it was, which became an anecdote that is often used as an example of the dire situation the Japanese were in near the end of the war. It should be noted, however, that not all armor on tanks were made of carburized steel (treated by heat to increase hardness to a level that it cannot be scraped by sandpaper). The deeper problem lied in the fact that Mr. Shiba, who was a platoon leader during his time in the military, had no proper knowledge of tank armor due to the lack of education provided by the Army.

While various estimates have been posited regarding the numbers, it is said that Mitsubishi Heavy Industries completed 60 Type 3 medium tanks by the end of the war. Since the tank was created for the battles in the mainland that never happened, it did not see action. It also became the last tank to be mass-produced by the Japanese Army. After the war, all of the tanks were seized by the occupation forces, but at the end of the occupation, one was returned to the Japan Self-Defense Force. This Type 3 medium tank is the only one currently in existence and is now on display at Tsuchiura. 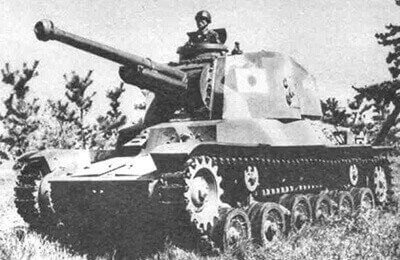 So, the Type 3 medium tank was built for the battles in the mainland, and according to my assistant, the most probable setting would be somewhere in Chiba Prefecture, but I thought a battle in the capital city would look better.

I also thought that the J7W1 Shinden interceptor, another weapon of the Japanese forces that never saw action, as well as the statue of Ōmura Masujirō, the father of the modern Japanese army, at the Yasukuni would make a perfect match. It’s more like a virtual history illustration, than a historical illustration.

I chose the locations, so I’m responsible for the controversial setting. I hope you won’t take it amiss.

And this is a personal view of mine, but back then the military was called the Kōgun (“Imperial” Army), and so according to the name, it is not the army of the Japanese people, but the army of the Emperor.

But the U.S. had the luxury of putting “R” markings disguise the plane. While Japan failed in the state-controlled economy, the U.S. succeeded in it, and even had the time and resources to create entertainment movies during the War. A famous one being For Whom the Bell Tolls, starring Gary Cooper, which depicted the Spanish Civil War. Even if Japan succeeded in a state-controlled economy, it still had no chance of winning in terms of resources.

Well, I won’t bore you with any more obvious facts. …Let’s get back to tanks.

I finally get the suspension on Japanese tanks after drawing this Type 3, the third tank in the Chi-Ha evolution. The Chi-Ha had different tracks depending on whether it was an early production and late production. I also want to say that I really love drawing tanks… except for the tracks. Drawing the same thing over and over is just a pain!

Grease nipples on the bearing heads of road wheels, the texture and the contrast on the rubber of the road wheels, the repeated elliptical structures, getting the number of rivets right… I sometimes think I must have some sort of masochistic desire to be drawing these. In addition, the tracks look different depending on the angle, the teeth on the sprocket wear and show a metallic texture. Drawing tracks is like torture.

When I’m drawing something, watching the same drawing everyday bores me, and I often fall into a slump. I start asking myself, “Why did I choose become an artist?” Reality sucks. I was talking to some people I knew over the phone saying, “I enjoy drawing tanks, if I didn’t have to draw the tracks.” And I was told, “If you don’t draw the tracks, it's not a tank.” Oh, yeah...

The Type 3’s turret is so large and looks heavy, and the hull looks like it’s weighed down by the turret. The hull on the Type 4 is extended. …yeah, I understand.

Last time I told you I tweaked the brightness too much, and took a lot of time trying to fix it. This time I avoided tweaking the brightness or contrast too much. I use an old G4 and Painter 5. I sort of want to go back to hand drawn illustrations, but it will take around a month to restore my senses, so I think I’ll continue with digital illustrations for now.

Also, I was able to get hands on a Mac G5 and I’m currently settings things up so I can use it. It’s an old machine, but it’s fitting for an old man like me. Digital is convenient, but it feels like a part of originality and uniqueness is lost there.

When I was chatting with the person in charge of this project at Wargaming Japan, the part I drew earlier disappeared. The PC froze before I slept, so that must’ve been the cause.

I’ll be working on the STB-1 on the G5, and I’ll be drawing it from the front so, it should be easier than this time.