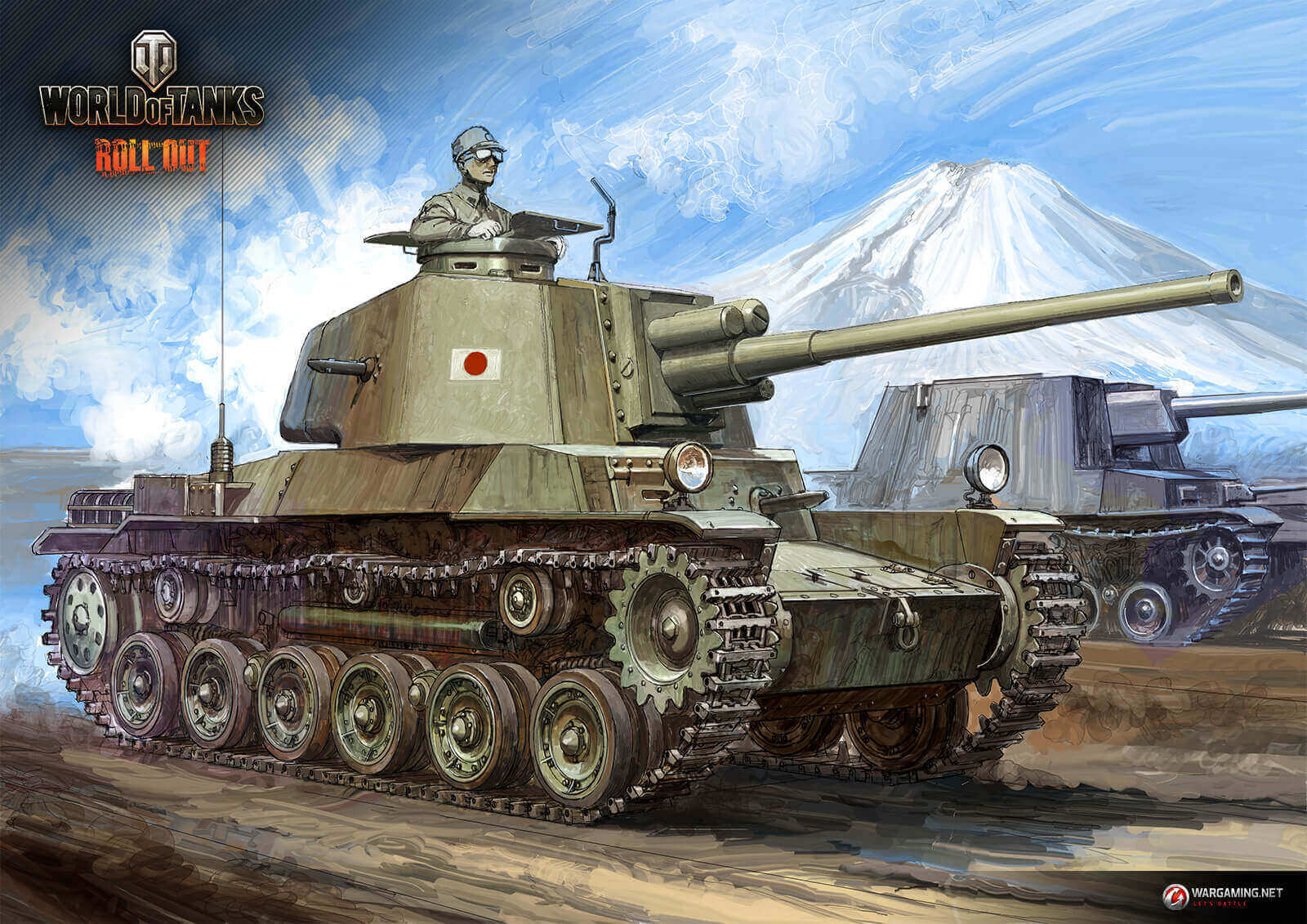 In part 8 of the Japanese tanks illustration column, we bring you the Chi-Nu Kai! Illustrator sdkfz depicts the improved version of the Chi-Nu with the powerful 7.5 cm Tank Gun Type 5 in a scene with Mount Fuji!

The Type 3 medium tank Chi-Nu was created to oppose the M4 Sherman medium tanks, but surprisingly, its main problem lay in the gun. The gun on the Chi-Nu was a 75 mm tank gun. This was a modified version of the experimental 7.5 cm self-propelled gun Type 1 derived from the Type 90 field gun. This new gun was an impromptu weapon and the research for it only started in June 1944. With 38 caliber and a muzzle velocity of 668 m/s, it was nevertheless a formidable weapon compared to the 37.5 caliber, 620 m/s gun of the M4 Sherman.

The Type 3 tank gun on the Chi-Nu was, however, a makeshift weapon. The gun used propellant gas to absorb the recoil, but the vehicle does not have a ventilation system. And so after firing a few rounds, the gas fills the inside of the vehicle, greatly discomforting the crew. Also, the odd layout forced the gunner to spot the target and lay the gun, while the commander did the actual “firing” of the gun. It was not a very comforting vehicle to be on in a life-or-death situation of a tank battle.

The Chi-Nu Kai mounted the 7.5 cm tank gun Type 5 in order to address the problems of the original Chi-Nu with the least effort. This tank gun was developed from an anti-aircraft gun, and by January 1945 the development of this gun was well in progress. A prototype was made by slightly modifying the gun mount to fit the tank gun on the Chi-Nu. This produced favorable results, and this gun was adopted as the official gun for the Chi-Nu thereafter, resulting in the Chi-Nu Kai.

In a nutshell, the Chi-Nu Kai is “a powerful gun with no armour.” The Type 5 tank gun had a caliber of 56, muzzle velocity of 850 m/s, enough to penetrate the M4 Sherman with ease. If the gun had been mass-produced, and placed on the existing Chi-Nu, this would have solved the problem, at least in terms of the offensive capabilities. In World of Tanks, you can see the resulting vehicle by upgrading the Tier V Chi-Nu to its final form or by using the Tier V premium tank Chi-Nu Kai. Being able to see vehicles like this is one of the neat features of World of Tanks.

The final form of the tanks derived from the Chi-Ha.
The variety of vehicles based on the Chi-Ha reminds of the German Pzkpfw. IV.

I wish to see the many other variations in WoT in the future.