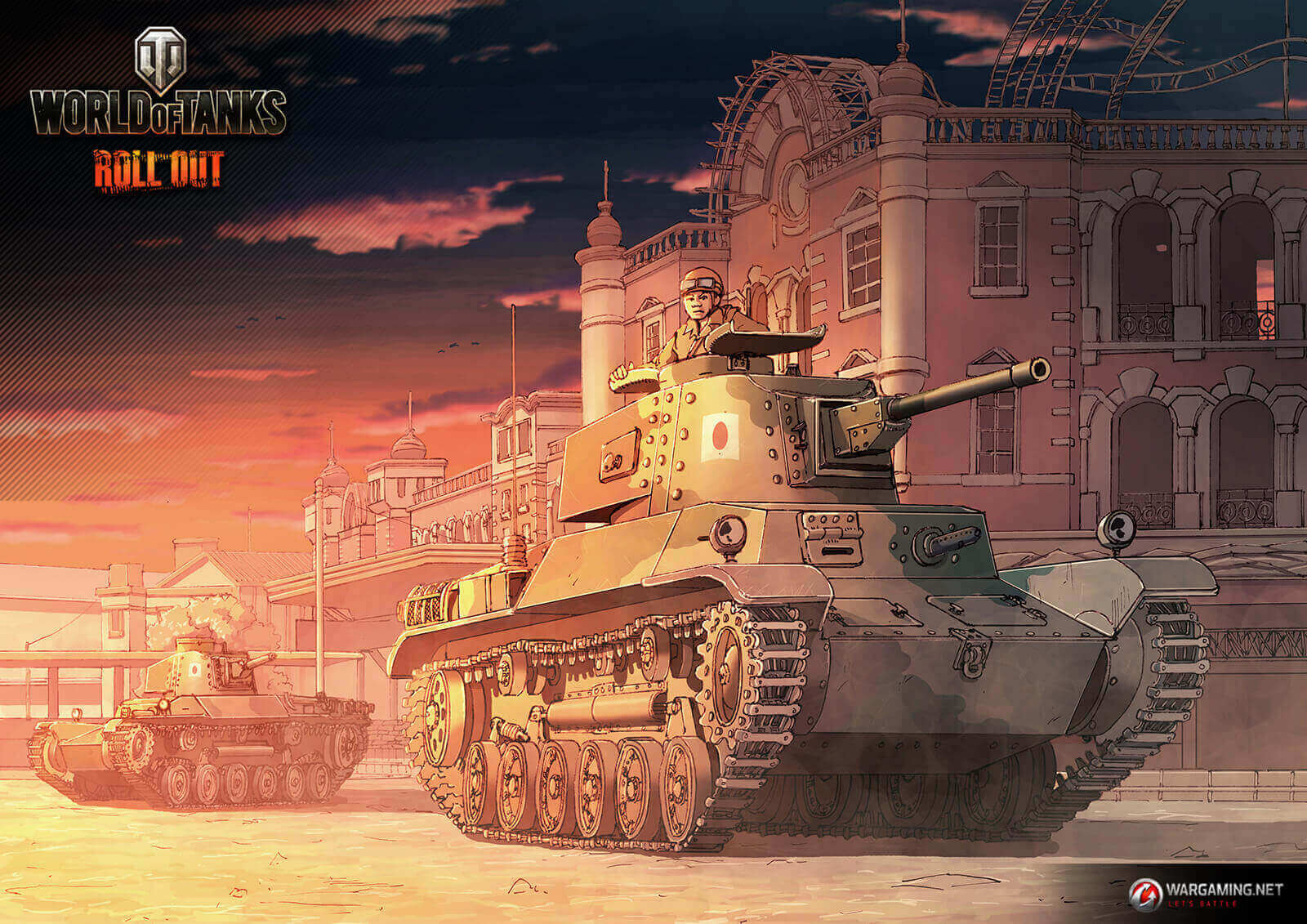 Japanese Tanks Illustrations brings you a scene with the Type 1 Medium Tank Chi-He, the direct successor to the Type 97 medium tank Chi-Ha. This time, the illustration is by illustrator EARA SENSYA.

The Type 1 medium tank Chi-He was developed as the main medium tank for the Imperial Japanese Army. Upgrades to the armament were conducted on the provisional Chi-Ha Kai, so upgrades on the Chi-He mainly involved improvements to the chassis.

The Chi-He was the first Japanese tank to break off from the use of riveting and instead use welding extensively. Getting the technology right was difficult, but welding made the engineering and construction much easier, reducing the amount of parts required. This increased the load that could be used for the armor, and the Chi-He had 50mm of frontal armor compared to the 25mm on the Chi-Ha. The side and rear armor did not get upgraded very much if at all, and so the armor layout was very unbalanced. (The M4 Shermans produced around the same time had frontal armor of 64-76mm and the sloping was better as well.)

The Chi-He weighed 2 tons more than the Chi-Ha, but at the same time the engine output was improved from 170hp to 240hp, so the acceleration and top speed were slightly better. The Type 1 medium tank equipped the Type 100 V-12 diesel engine, used for the first time on a medium tank. This engine was developed to standardize the engines on all of the engine components, and were 6-cylinder and 8-cylinder variants as well. The standardization improved production and serviceability. Chi-He was the goal of Japanese tank development, at least in the prewar plans.

The Chi-He was, in fact, the last Japanese tank that got sent into combat. 587 were produced by the end of the War, and some got sent to the Philippines, but most were kept on the Japanese mainland for the battles anticipated there. However, when you look at the main gun, it was a bit lacking: the main ammunition of the Type 1 tank gun was the Type 1 armor piercing shell, which was in reality an armor piercing high explosive shell, which was lacking in penetration ability. Japan was not able to good armor piercing shells like that of advanced nations in tank development. The United States and Germany were able to develop working Armor Piercing Capped (APC) shells, and even Armor Piercing Capped Ballistic Capped (APCBC) shells, Japan was not even able to make a working APC shell. At this rate, a head-on battle against M4 Shermans would have undoubtedly been a difficult one. 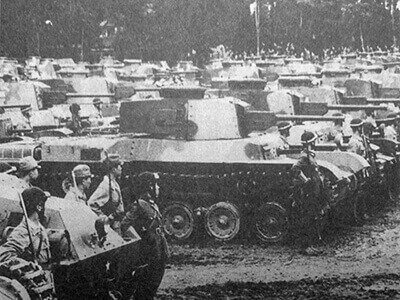 Hi, I’m EARA SENSYA and I had the pleasure of drawing the “Type 1 Medium Tank Chi-He” for this project. The image I had in mind was of tanks defending the capital, and so the building in the background is the Tokyo Station damaged from the bombing.

The nice thing about drawing is that you can create the “what if’s” in your illustrations.