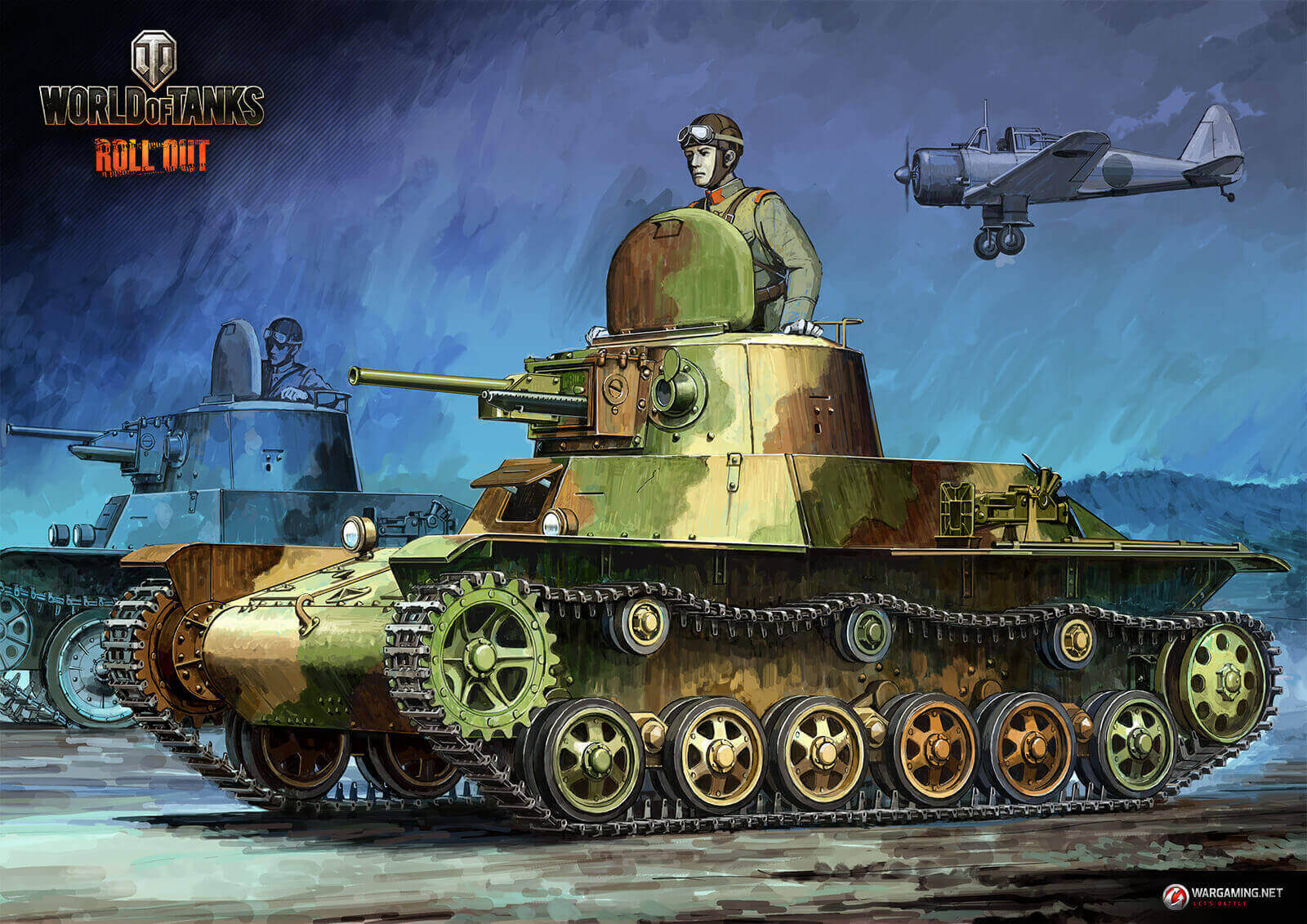 Welcome back to “Japanese Tanks Illustrations”! Take a look at the detailed illustration brought to you by illustrator “sdkfz”. The “Type 98 Light Tank Ke-Ni,” illustrated here, was developed as the replacement for the Type 95 light tank Ha-Go, but limited numbers were produced, and it did not see combat.

Firstly, when you look at the vehicle, you can see it is generally more compact.

Even though the overall size is smaller, the armor on the vital areas were increased to by around 4mm, and so the mobility and protection has been improved. Also note the innovative cylindrical shape of the turret.

In terms of offensive capabilities, this tank equipped the Type 100 37mm tank gun. Compared to the Type 98 37mm tank gun on the Type 95 light tank, this gun had a 15m/s faster muzzle velocity, and it had a coaxial heavy machine gun.

Powering this new design was a Type 100 V6 diesel engine, which was used on a tank for the first time. The engine had 130 hp and the Type 98 light tank reached up to speeds of 50 km/h. In terms of the suspension, the road wheels were changed from 4 large wheels to 6 medium-sized wheels. These were set in pairs. (There was an experimental version with 4 large road wheels called “Ke-Ni B.”) Also, the coil springs, which would have been a weak spot of the tank if exposed, were placed inside the chassis, improving the durability. Due to these suspension upgrades, the Ke-Ni not only had a 10 km/h faster top speed, but had a better overall mobility. Also, the removal of the cupola on the turret and the bow gun was also an improvement.

However, the improvements were not drastic enough to rush the replacement of the proven Type 95 light tank and the production of the Type 98 was delayed until 1942. As a result, only around 113 vehicles were produced. These were deployed domestically on a limit scale, and there are no records of them seeing any action.

There are many rare and lesser-known vehicles in WoT, and it is very informative for me.
Unfamiliar or extremely rare vehicles running around the battlefield is in itself very exciting to watch.

The Type 98 light tank Ke-Ni is one of such vehicles. There are very few documents regarding the vehicle, so the in-game vehicle model was very helpful in drawing the illustration. The vehicle on the rear is the Ke-Ni B with the larger road wheels.