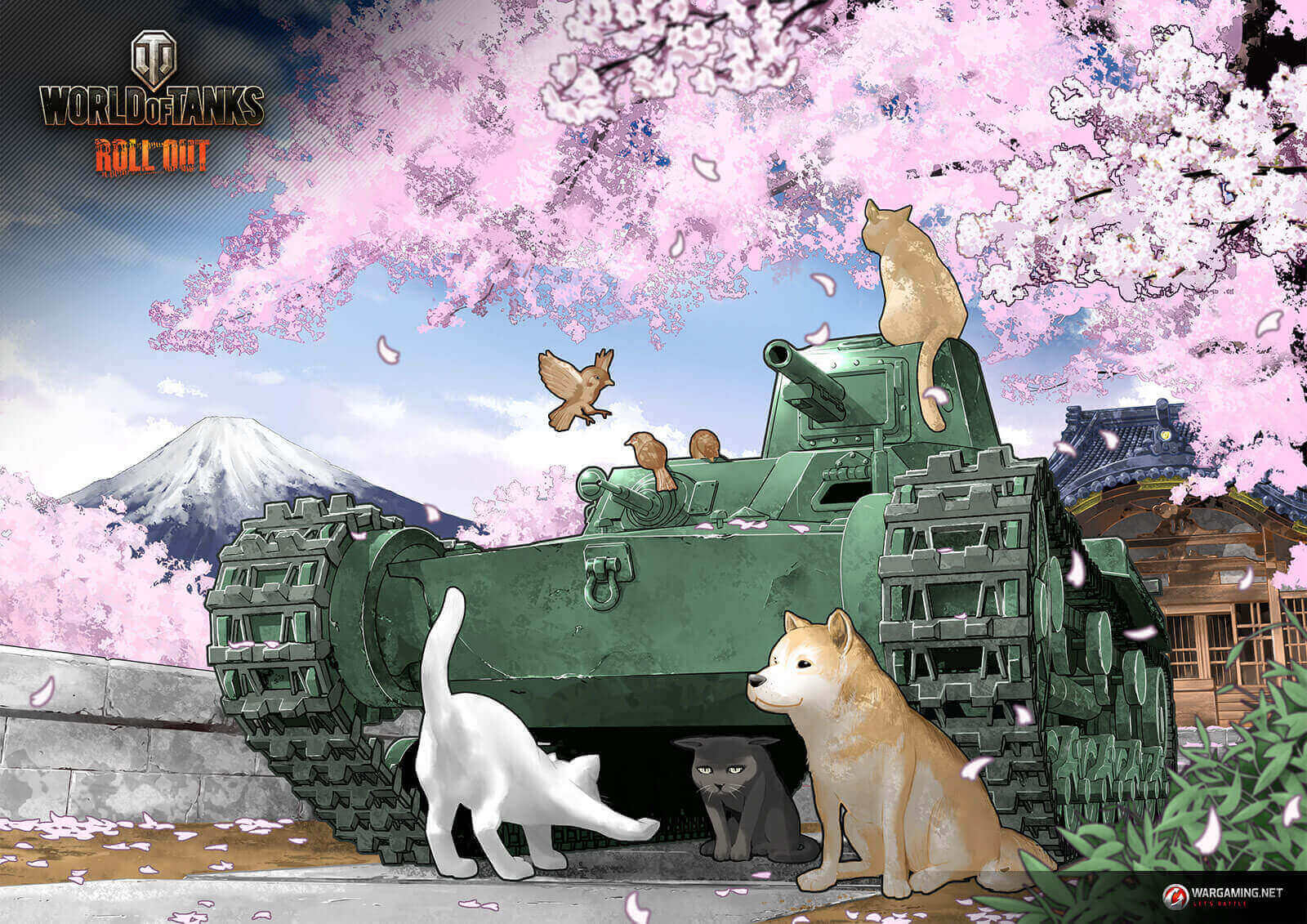 In part three of the "Japanese Tanks in Illustrations" - an illustration column to shed light into the mysteries of the Japanese tanks, we have with us in the limelight today the prototype that was lost in the shadows - the Type 97 medium tank Chi-Ha! This time, we bring you the experimental medium tank Chi-Ni illustrated by comic artist and tank illustrator Takashi Ino!

The Type 89 medium tank (which is not in World of Tanks as of February 2014) exceeded expectations for the role it was placed in. By 1934, however, the tanks in the frontlines were becoming outdated, and in order to keep up with the newer tanks elsewhere around the world, a development of a new medium tank was called for. We learned how the Type 97 medium tank Chi-Ha was adopted for production last time, so today we will talk about the experimental medium tank Chi-Ni, which lost to the Chi-Ha in the prototype race.

This tank was crewed by three. As you might be able to tell by the smaller crew compared to the Chi-Ha's four, the objective of the Chi-Ni tank design was the downsizing of the Chi-Ha. Due to the railroads in Japan being narrow-gauged and the limited cargo loading capacity in the ports, reducing the weight of the tank was an important factor. So the Chi-Ni could be described as a scaled-down Chi-Ha, but it was in no way it just a poor man's Chi-Ha. For example, compared to the Chi-Ha, the Chi-Ni was generally better sloped in order to compensate for the thinner armor. (Although the armor was probably too thin to make much difference to begin with.)

Also, an innovative feature of this tank was the desin that allowed the engine to be serviced from inside the tank. If you can imagine repairing the engine on the field, you could see this was a pretty useful feature. Even though the tank was smaller, it had the same trench-crossing capabilities as a Chi-Ha, and overall it was a small but a capable design.

The notable difference here was the mobility. Chi-Ni had 135 horse-powers pushing 9.8 metric tons, so a power-to-weight ratio of 13.7 hp/tons. This was greater than the Chi-Ha with 170 hp pushing 11.4 tons at 11.4 hp/tons. However, the Chi-Ni had a inline 6-cylinder diesel engine, while the Chi-Ha had a V12 engine, and from the design specifications the Chi-Nu could generate just over half the torque of a Chi-Ha at best, and when making speedy maneuvers, the Chi-Ni was no match for the Chi-Ha.

Considering how even the Chi-Ha struggled in the Pacific Theater, if the Chi-Ni was selected as the main tank, the Japanese tanks would have definitely faced even harder times.

On most maps on WoT, I feel there are around 3 to 5 main approach routes. The way I play, I tend to cover the flank with the least people. I've thought about "going mainstream" or "working in the center stage" sometimes, but I generally ended up doing jobs that are more "helping out backstage" throughout my life.

Of course, it makes sense to have those with the skill to do the job they are able to do, but I've recently come to think maybe these backstage roles are what I'm meant to do. Tanks are vehicles of war. But I am thankful, that with the passage of time since their birth, I am able to meet and play with these pieces of history in this game. And I thank all the game developers and other Wargaming staff as well as the players around the globe that make this possible.

Anyway, while such thoughts go through my head, I once again face my mortal enemy, the T18. Take this! (Followed by: "Ricochet!" ... "We're done for, everyone get out!" )