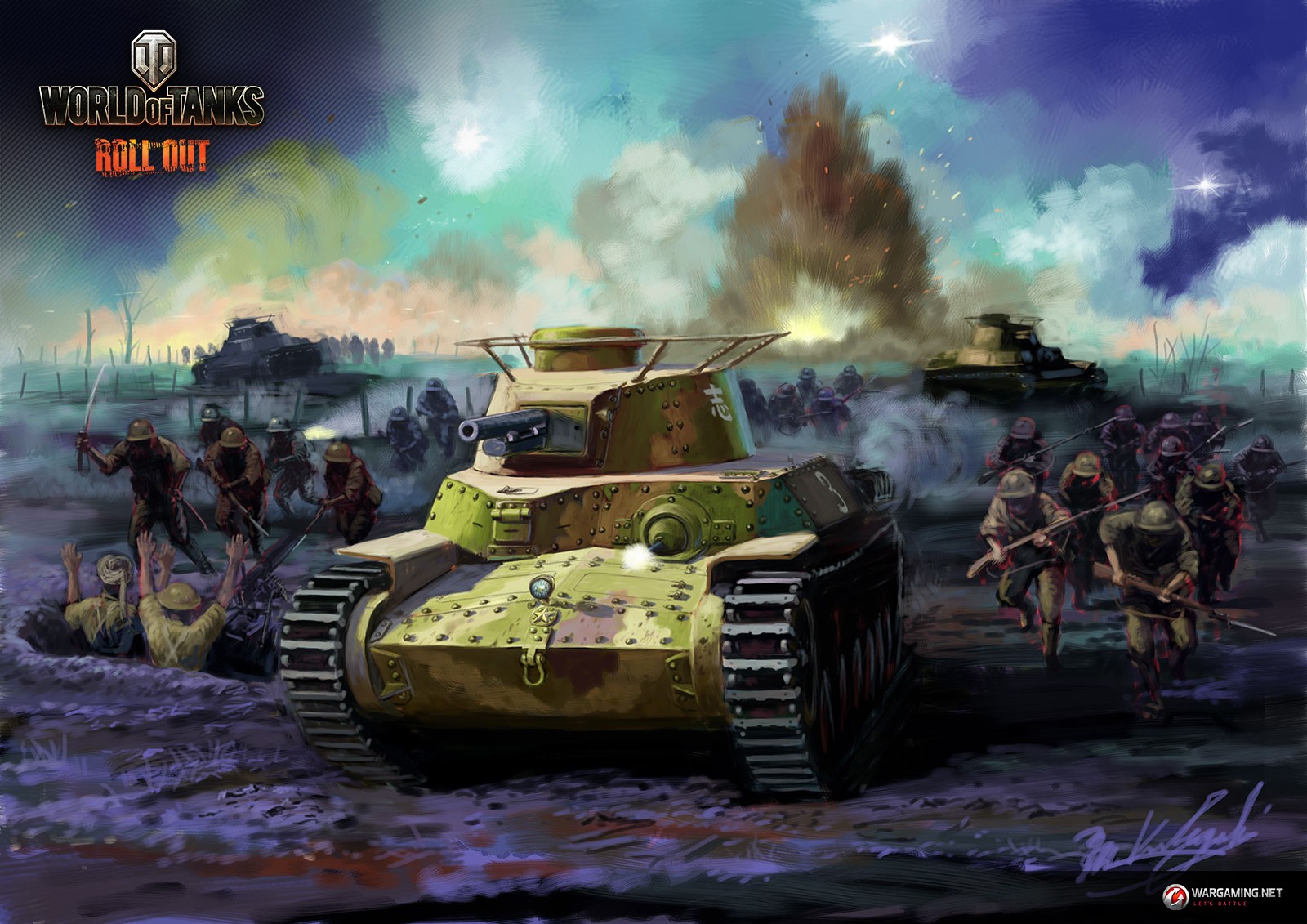 This is the second part of the illustration column aimed to bring the limelight to Japanese tanks. Motohumi “Genbun” Kobayashi will be with us again, and this time he will bring us the “Type 97 Medium Tank Chi-Ha,” the most recognized Japanese, which is widly popular among some tank fans.

The Type 97 Medium Tank, more recognized as the Chi-Ha is the tank the iconic vehicle of the Imperial Japanese Army’s tank corps as they entered the War in the Pacific. The Mitsubishi Heavy Industries created the Chi-Ha and the Osaka Army Arsenal created the Chi-Ni as the replacement for the highly successful Type 89 Medium Tank - the first domestically mass-produced tank in Japan.

The engine was the Mitsubishi air-cooled V-12 engine, having a solid record on the Type 95 light tank Ha-Go. It was able to obtain 170 HP depending on the conditions and gave the tank a maximum speed was 38 km/h, climbing ability of 30 degrees and a range of 210 km. It was an effective tank at the time, considering, let’s say the T-26 light tank made in the Soviet Union around the same time had an 88 HP gasoline engine, with the maximum speed of 35.3 km/h.

There was 25mm of armor on the turret, 25mm on the front hull, 20mm on the sides and the rear hull of the Type 97. There were instances where an additional 25mm of armor was bolted on. It is not clear how much area this additional armor covered, but even in its stock form, the Type 97 had 5mm more armor than the Soviet BT-7 cavalry tank.

The main armament was a Type 97 57mm tank gun, and the high-explosive shell of this gun had enough power as an infantry support gun. Armor-piercing shells were available, but as seen by the short-barrel length of 18.4 caliber, this vehicle as not meant for anti-tank battles.

Compared to vehicles of the time, the Type-97 was in no way inferior, and was a rather great tank, especially in its mobility and maximum range of operations. However, the lack of anti-tank capabilities was a major drawback, and the lack of such capabilities that became apparent in front of the Soviet cavalry tanks in the Battles of Khalkhin Gol haunted the Japanese tank development throughout the War in the Pacific. Ultimately, the Imperial Japanese Army was never able to mass-produce successor tank to the Type 97 medium tank in sufficient quality or numbers, and the War had to fight to the end with just the Type 97. 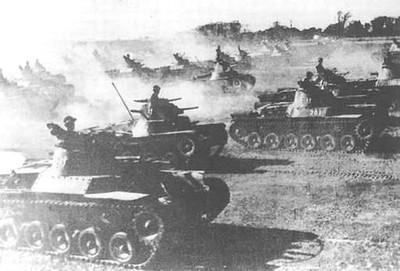 The illustration depicts Type 97 medium tanks under General Yamashita’s command breaking through the defensive positions in the Battle of Jitra in the Malaya. Propaganda photos taken during the War depicted the advancing Type 97 knocking down palm trees. The inscription Kokorozashi which means Ambition shows this vehicle belongs to the 1st Tank Regiment, 3rd Company.

The Jitra defensive line was only about half complete at the time, and the British troops in the Malay were mostly Indians. Since it was a colonial army, the armament was suited more for policing: there were armored trucks, but no real tanks. Also, realistically speaking, not many Indians were willing to risk their lives fighting for Great Britain against the Empire of Japan.

And once again, I was perplexed by Japanese tanks on this job.

Around 40 years ago, I debuted in the very successful book Souretsu!! Doitsu-Kikougundan (The Brave German Panzer Corps!!), but the second work was Gakken no X Zukan: Sensha (Gakken X Illustrated Reference: Tanks). I started this work not knowing much about tanks, and I couldn’t tell a Panzer III from a Panzer IV when I started.

I initially liked soldiers more than tanks, and the cool looking German soldiers were what got me to learn to sketch and ink drawings properly. I never had professional training in an art school, but I started my own art schools to foster a next generation of artists.

Back to the story about drawing tanks. I had quite a bit of documentation about German tanks, but I was not very interested in Japanese tanks, and I started drawing Japanese tanks using the information I got from the editors. All this was 40 years ago. I didn’t know about suspension systems of tanks, so I ended up redrawing the same cut several times and had a horrible time. I learned a lesson then, and when I draw something for work, I always thoroughly research the parts of the vehicle before drawing. This is important for any artist, I guess.

In the Yūshūkan Museum of the Yasukuni Shrine, there is a Japanese Chi-Ha tank, which returned from Saipan. I went to check the suspension and things like the tension on the front idler. A friend of mine, Mr. Kazuhara works here, and I get a lot of help from him when researching things. Mr. Kazuhara has been a tank regiment commander in the Japan Ground Self-Defence Force, and has also been a military history adviser at the JGSDF Staff College.

On tanks I like in WoT, as brazen as it may seem, I like to put a Japanese flag on it. Of course, I have the Japanese flag and camouflage on the Japanese tanks and I’m very happy to see and drive around in them. But after having played on the German tanks and knowing their firepower, I was worried that the lack of armor and power might make the Japanese tanks ineffective in the game. I was glad to see, how under the skillful hands of some users, these tanks were very competitive. I, however, being an old man, am having some problems with the Japanese tanks.

I turned 63 years old this January 28, and I wish everyone would forgive me for not being so well versed at the game. I started the game thinking it’ll be a workout for my aging brain, but this game turned out to be the realistic tank battle game I dreamed of, and I truly enjoy rolling around the battlefield in these steel behemoths.

And so, finally, I’ve finished the illustration so I’ll go back to playing WoT. If you see me in the battlefield, let’s battle! And have fun together!