The Dawn of Industry event will last from 13 - 24 February.

Within Dawn of Industry, various complex mechanics and conditions (that are similar to those of previous events) will be used. Below is a brief glossary meant to simplify the mechanics that are described in this document:

The Workshop is a special mechanic that is accessible through the in-game Clan Dashboard during the Dawn of Industry event. It allows players to use the Resources earned after battles to produce Tier VII - VIII Premium vehicles that were previously only available as rewards from Global Map events. 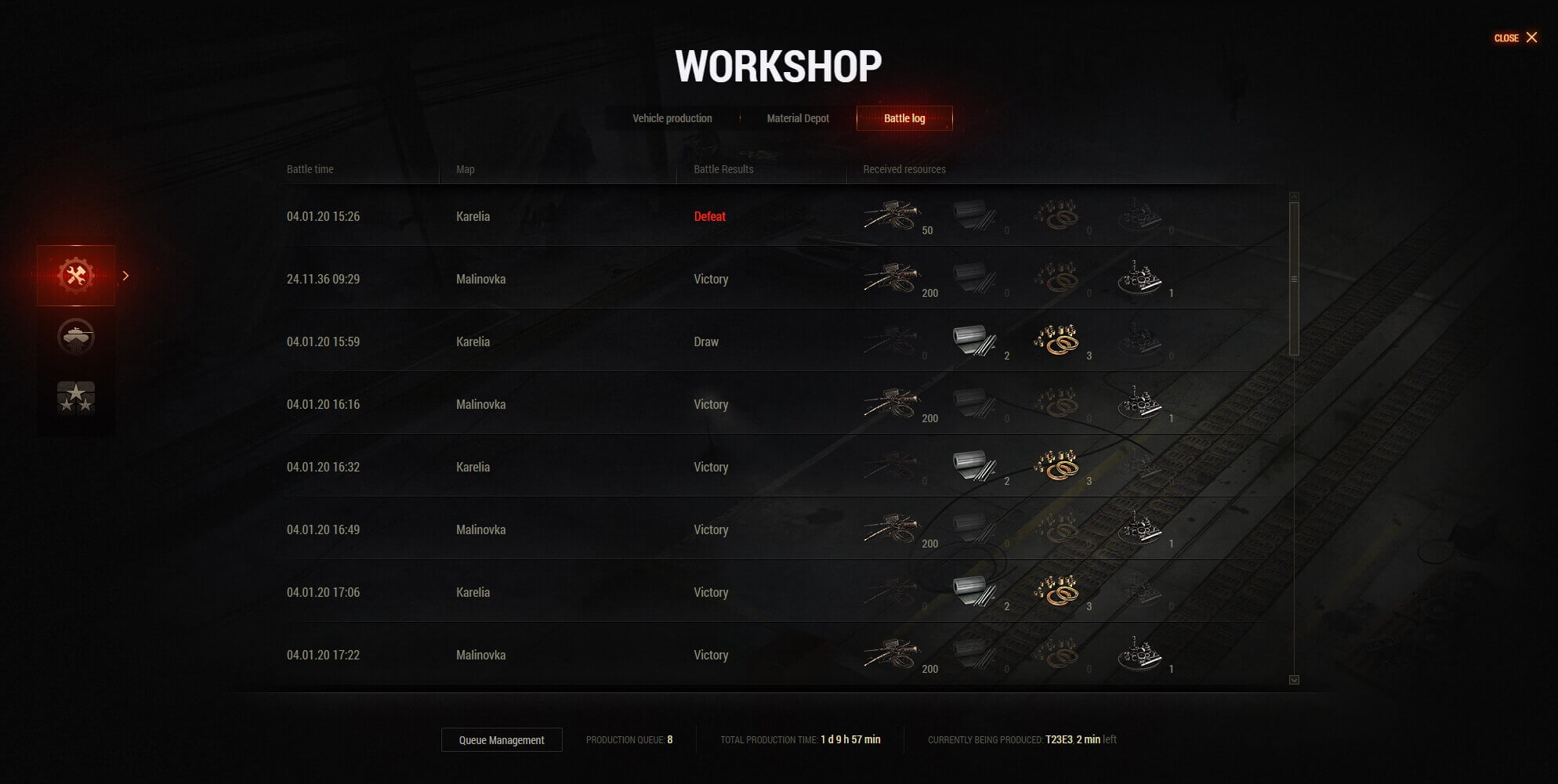 Scrap is the basic Resource unit. It can instantly be processed in the Workshop to obtain Ferrous and Non-ferrous metals, as well as Spare Parts. If necessary, these Resources can instantly be broken back down into Scrap again, but bear in mind that less Scrap will be restored than the original amount used to obtain them.

The Workshop will be available until the Fame Points reward exchange period (13 March 2020, 05:00 UTC +8), after which all unused Resources will be removed.
Any assembled vehicles will be credited to players within a few days after the Bond Auction results are finalised.

Only one Module can be mounted per vehicle, and once deployed, the Module can neither be removed or replaced. It will be consumed after the battle regardless of whether the vehicle survives (except in the event of a technical victory). Be sure to save them for important battles!

Some mechanics of the Dawn of Industry event are irreversible, and may affect clan progress in the event any unfair actions are performed by clan officers or any accounts are hacked. Please take responsibility for your security and consider the following before starting the event: