Ranked Battles are a seasonal competitive mode where the strongest tankers clash with each other, which brings due rewards to the best of them. Anyone can try their hand at Ranked Battles, and perhaps you will be among the top winners!

The Ranked Battle mode is based on the Standard Battle rules and is only available for researchable and Collectors' Vehicles. In this mode, the matchmaker assembles the teams from players of equal skill levels. Players progress with the Ranks and Divisions by earning chevrons according to the results of each battle. The best of the best go to the prize leagues.

Go to the game client to learn more about the mode rules. 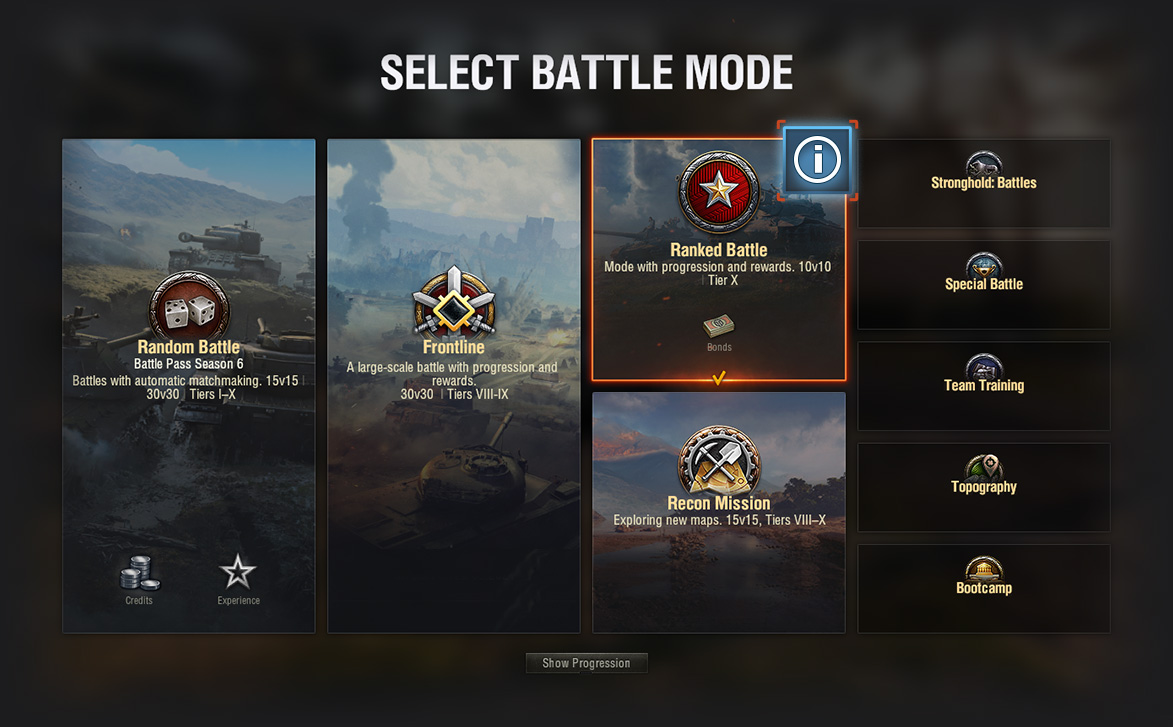