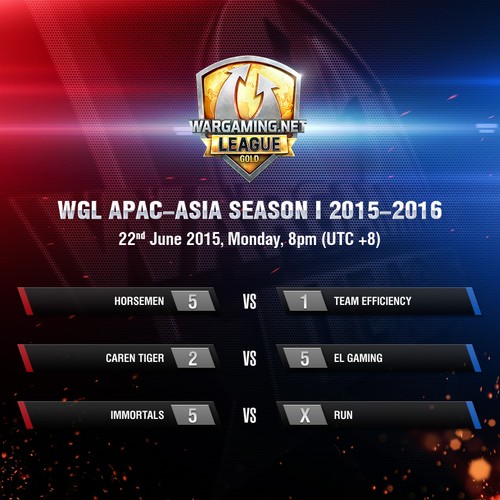 Our reigning Season Finalists, Horsemen and EL Gaming, were in fine form tonight, each trouncing veteran teams Team Efficiency and Caren Tiger 5-1 and 5-2 respectively. Previous Season Finalist Caren Tiger was continually outmanoeuvred by EL Gaming; Team Efficiency, to its credit, put up quite a fierce fight, but was unable to successfully follow through on its capture attempts and was soon overpowered.

Unfortunately for RUN, their forfeit denied them a chance to catch up to the other teams, and put their opponents, Immortals, another 3 points ahead. 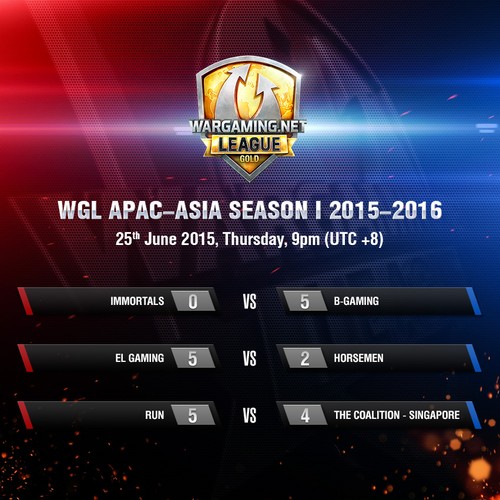 The encounter between EL Gaming and Horsemen was an excellent demonstration of the same kind of strategy that got the former so far in the Grand Finals earlier this year – the rush. Both sides executed it to great effect, which as expected, made for a very exciting match.

Several interesting plays were made by Immortals – though B-Gaming was able to easily counter all their tactics, they showed plenty of promise in this match-up and were certainly fun to watch. RUN too did well in making up for their earlier forfeit by pulling off a win against The Coalition – Singapore, though only by a narrow margin.