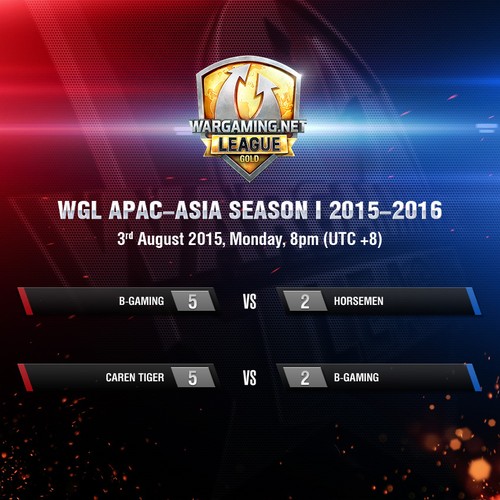 EL Gaming was already guaranteed a seat at the WGL APAC Season I Finals 2015-2016, but who would be joining them in representing Asia at this prestigious event? Both Horsemen and B-Gaming were well-paired in the first game, but it was the latter’s effective use of strategy – and in particular, their use of an F304 to score resets – that propelled them into the second match against Caren Tiger. Caren Tiger, however, proved too much for B-Gaming once on Himmelsdorf, holding capture after capture, and eventually winning the battle 5-2.

Congrats to Caren Tiger – look out for them alongside EL Gaming at the Season Finals this weekend!