The results of the online qualifiers have been announced but it doesn't just stop there. The most intense battles will unfold in the second season finale of Wargaming.net League RU. From 3rd to 6th October, the tournament will be held at the largest game expo in Russia, the Moscow RUSSIA IgroMir 2013 Games Expo. Come witness the best moments of the tournament and find out who will win the championship!

8 professional teams, the top 8 teams of the regular season will battle it out over a period of four days for the champion title and a share of the USD 100,000 prize money. 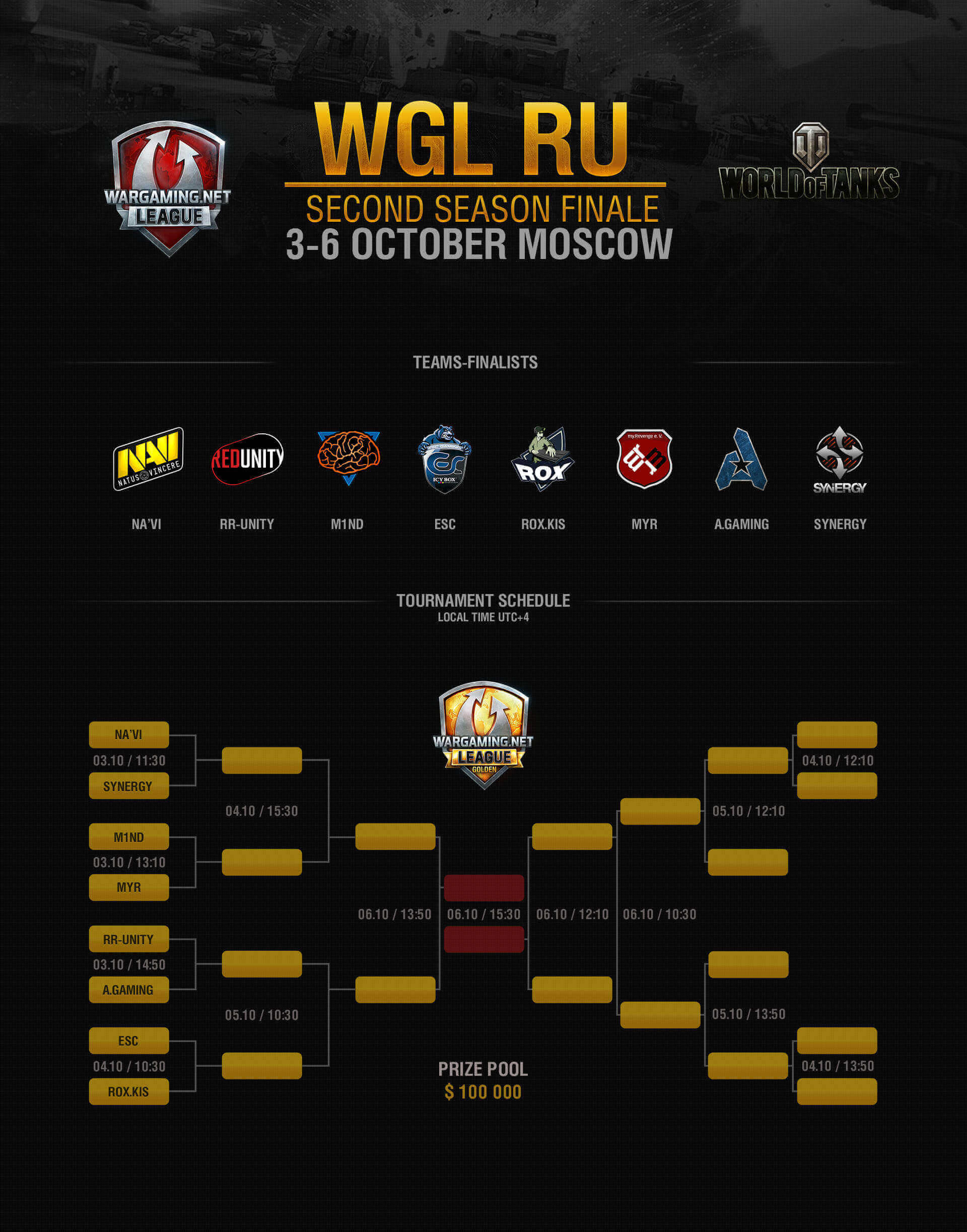 The finals will be based on a double elimination format and the winner of each match will be determined by a series of five fights. Teams will play up to seven fights in the grand finals to win the title.

There will be contests held during the tournament on Twitter and Twitch chat where non-RU audiences can get to win some great prizes. To find out how you can participate to win yourself some tanks, T-shirts and gold, check out the mechanics under Finals Giveaways.

Both Luke and Markus will be in the thick of the battle to convey to the audience the most relevant and interesting information about the tournament for the English stream so be sure to watch the stream to keep up with what's happening in the WGL.

Watch the live TV broadcast and lend your support to your favourite teams!