The past four days had been nothing but an emotional roller coaster. We've all had our share of highs and lows throughout the tournament but in spite of it all, none can deny that every second that passed made for an incredible memory. Alas, all good things must come to an end and it is with tremendous reluctance that we bid World Cyber Games 2013 good bye.

We highlight on the best moments of this prestigious gaming event and bring you all the important updates right here in this event recap. Enjoy the show!

The day is 28th November, 2013, the start of the World Cyber Games 2013. The finest players from around the globe have gathered here today in Kunshan, China for to partake in 4 days of intense competition for one ultimate purpose - to be proclaimed the best in the world. Not only will the winners get bragging rights as the most elite players in their game of choice, but they will also get to go home richer with fantastic cash prizes. 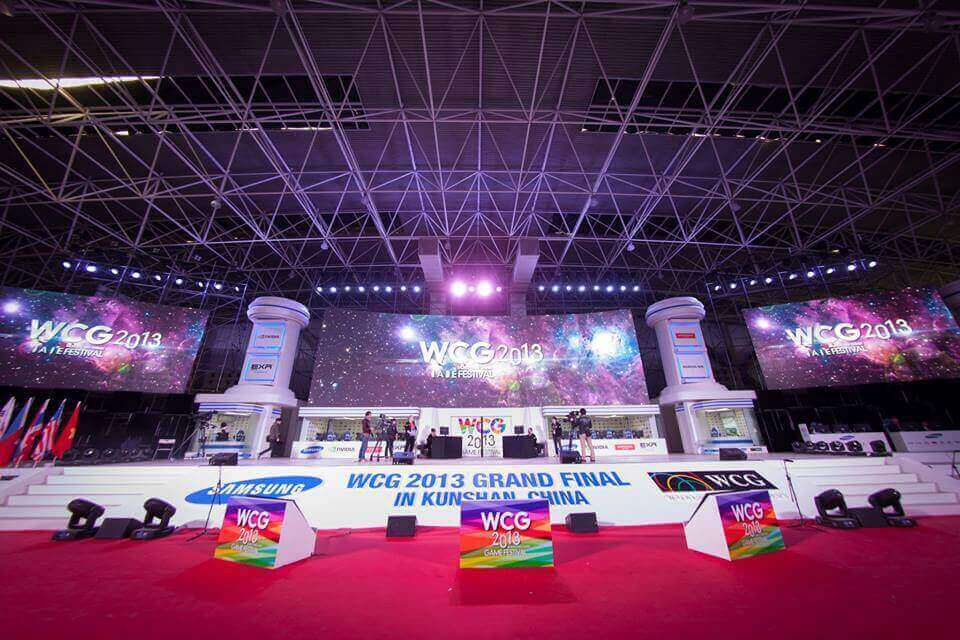 10:00 UTC+8: We're Here! - To say that the weather was cold is an understatement. It was ridiculously cold. Temperatures had dipped to between 1 and 7 degrees when the team arrived at the event venue, but thankfully the event hall had heating so we could watch the matches comfortably without freezing our pants off. By 10am, all the players had gathered in front of the Wargaming booth for a photo taking session and judging by the looks on their faces, everyone looked excited about the day to come. Team SEA Cucumbers in particular, were pretty fired up as they broke out into a chant midway, livening up the otherwise serious atmosphere.


After countless photos were taken (at this point, some teams were already sitting on the floor and looking visibly restless while some others gamely continued to bring their best smile forward), we finally wrapped up the photo session in time for the opening ceremony. 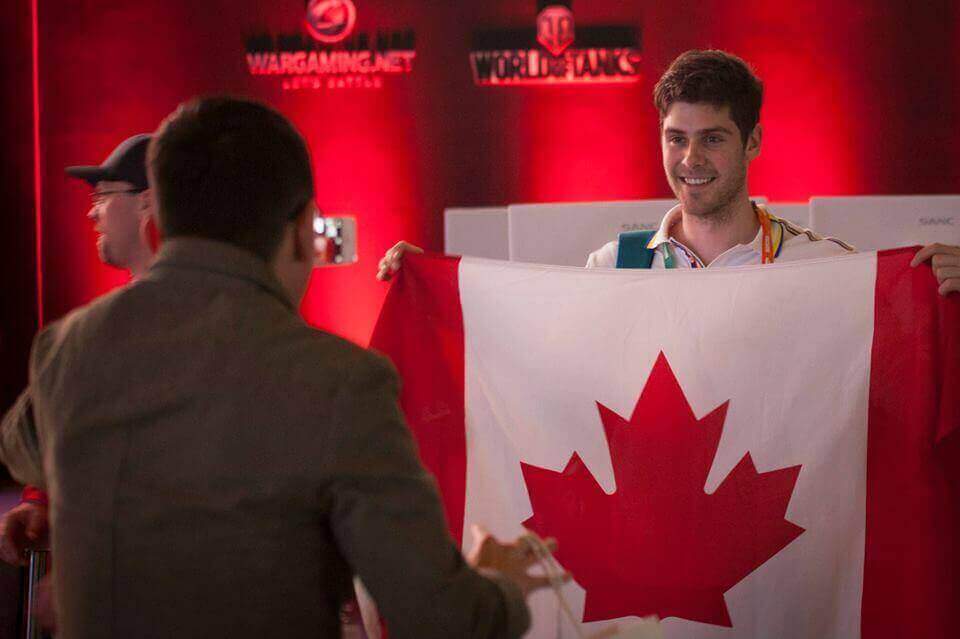 10:45 UTC+8: Opening Ceremony - Audiences were treated to an energetic dance performance which featured popular tunes such as SNSD's 'I got a boy' and Psy's 'Gangnam Style'. After the performance, Mr Brad Lee, CEO of WCG was invited onto the stage to give a speech. He began by extending a warm welcome to everyone present and thanked them for taking the time to off their schedules to grace the event. He proceeded to give a short introduction of the history of WCG and added that the gaming event has helped to forge great friendships and nurture good sportsmanship amongst people from all around the world. He ended his short speech by wishing competitors the best of luck and for everyone to enjoy the show.

11:15 UTC+8: Country Representatives - The countries that are participating in this year's WCG includes...

A short video broadcast of the games featured in this year's WCG was shown before Mr Lee was invited on stage again along with Mr Yang Yi, Deputy Director of Information Center, Kunshan for the trophy delivery ceremony. Another video showcasing WCG over the years was broadcasted and then the national flag hoisting ceremony commenced.

The opening ceremony officially declares the start of WCG 2013, the largest gaming festival in the world. 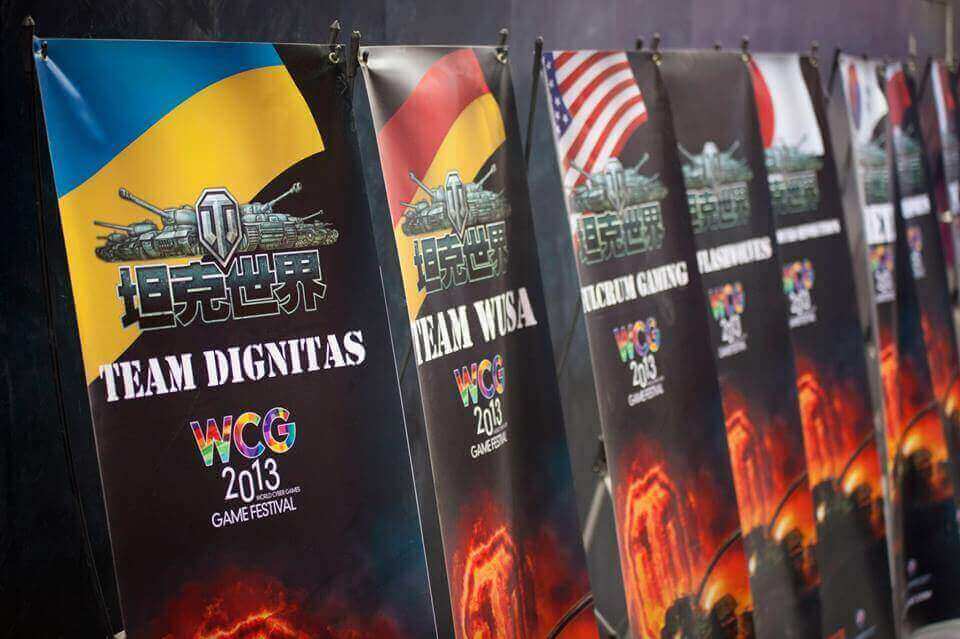 The Unit. The match between

Team Dignitas ended in a draw while

Miltera with a 3-0 finish. What followed after the opening matches were gripping, action-intensive battles that kept spectators on the edge of their seats. 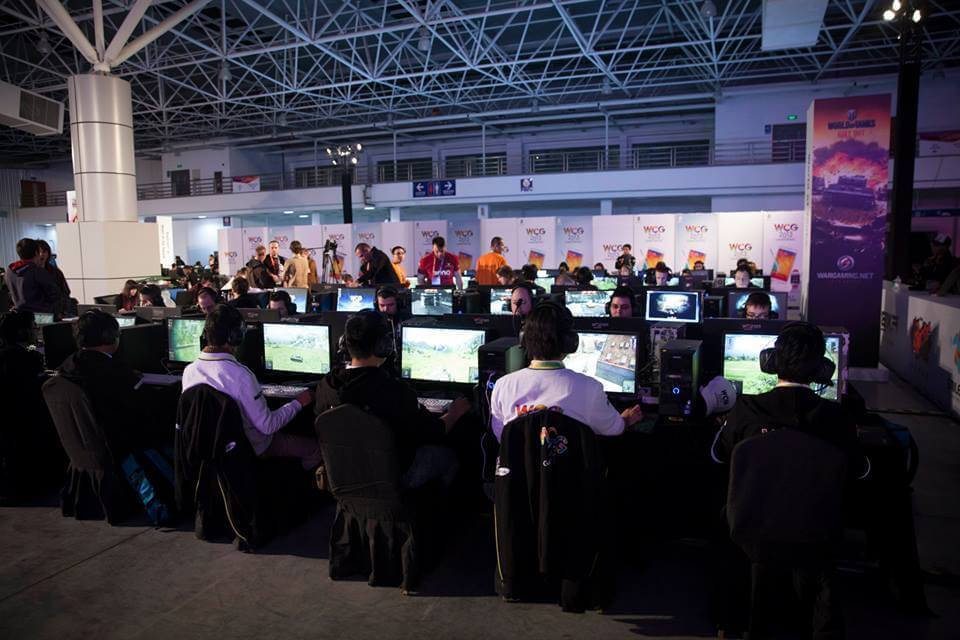 Check out the video recap to find out what went on during Day 1!

Panic had tied with a 1:1 score whereas

Team WUSA had won their matches with a 3:0 and 2:0 score respectively. The excitement started to boil over when

[DN] Silly Ducks Revolution took to their seats to prepare for their matchup against each other. Unsurprisingly, the spectators comprised mainly of locals who came to root for the Chinese team and they were definitely not shy about showing their support for their national team. For the entirety of the match, there seemed to be a certain kind of tension hanging in the air and no one batted an eyelid nor took their eyes off either teams. Despite the overwhelming support displayed for the Chinese team, the Japanese team never gave in to the pressure and came out of the match victorious, earning themselves a spot in the top 8 brackets.

At the end of the group stages, the top 8 teams were determined.

18:00 UTC+8: Quarter Finals - Poland is known to be one of the strongest contenders in the tournament, so when Vietnam was matched up against them in the first match for the Quarter Finals, many had speculated that Poland would win for sure. True to their reputation, Poland demonstrated their prowess and pushed Vietnam to the edge when they hit match point with a 2-0 score by the second game. At this point, Vietnam was tredding on thin ice and risked getting booted out of the tournament.

While it had seemed certain that Vietnam was going to be sent home packing by the Polish team, in a surprising twist of events, they turned the game around and clawed their way back to parity. And if that didn't seem shocking enough, they put up a tremendous fight in the deciding game to wrestle the semi finals spot from Poland's grasp. Spectating from the sidelines, the Australian team broke out into cheers in celebration of their comrades' victory. Looking at the reaction from the Australian team, one would have thought that they had won instead.

In the second quarter finals match, Germany caused a minor upset by defeating the more favoured Russia to advance to the semi finals. Online, the Russian community erupted into a flurry of protests, visibly upset that their hopes for another Russian champion had been dashed.

IMMORTALS advance to the semi finals.

Despite having officially come onboard the Asia server for only less than half a year,

[DN] Silly Ducks Revolution, the Japanese team has already carved out a name for themselves in the eSports scene. They managed to draw not once but 3 times with Ukraine, who was touted to be one of the best teams in the world made up of an all star stellar cast of players. Although Japan bowed out of the competition just before the semi finals, their performance throughout the tournament had been truly outstanding and their achievement is one that not any team can boast about. The team has improved greatly since Ural Steel 2012 and it's been a great pleasure watching them give their all in this year's WCG.

With the defeat of Korea to USA, the Quarter Finals conclude.

Team WUSA in the Semi Finals. 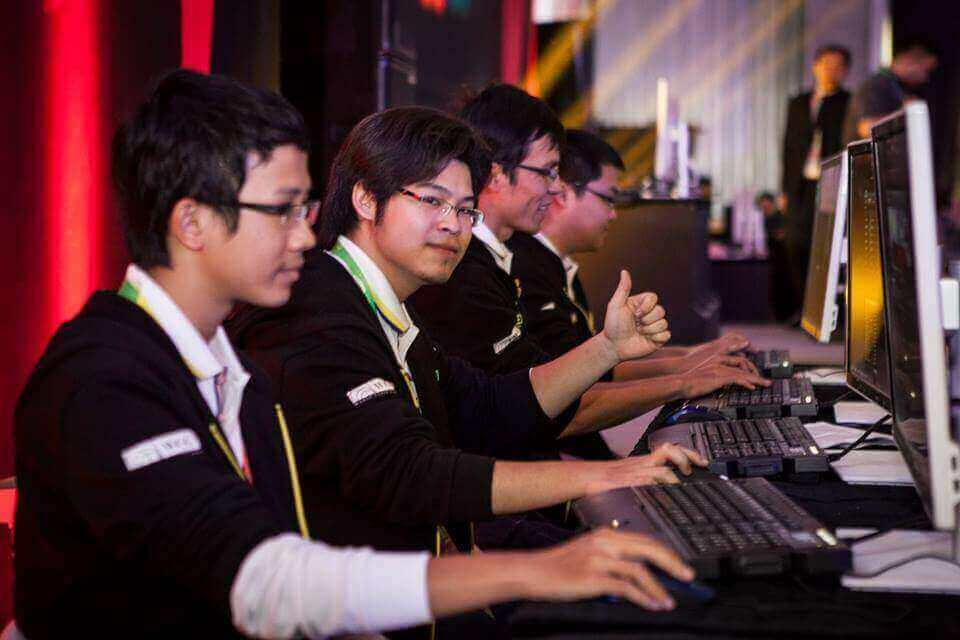 Two Asian teams have managed to make it into the top 8 placings of the tournament but now only one remain standing in the Semi Finals. Vietnam was Asia's last chance for a shot at the championship title but in spite of their efforts and determination, Germany sealed the game and their fates with a 3:1 victory. 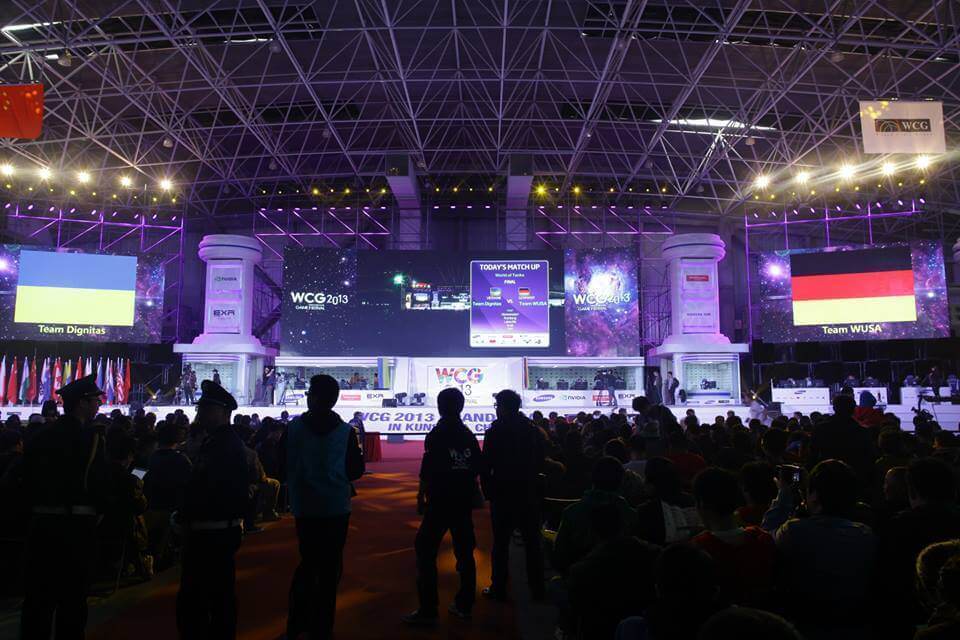 Ukraine starts. As with the same as the semi finals, the teams will be playing based on a best of 5 format, meaning that the team to win 3 games first will be crowned as the World of Tanks champion for WCG 2013.

Germany gained an early lead over Ukraine by winning the first map, drawing on the second and winning the third in the last minutes of the match. Although the situation was looking bleak for Ukraine, they composed themselves to make a brilliant come back in the 4th round. Their first victory sparked a small glimmer of hope for the team and helped spur them on to win the 5th round and subsequently the 6th additional map to secure the championship title. 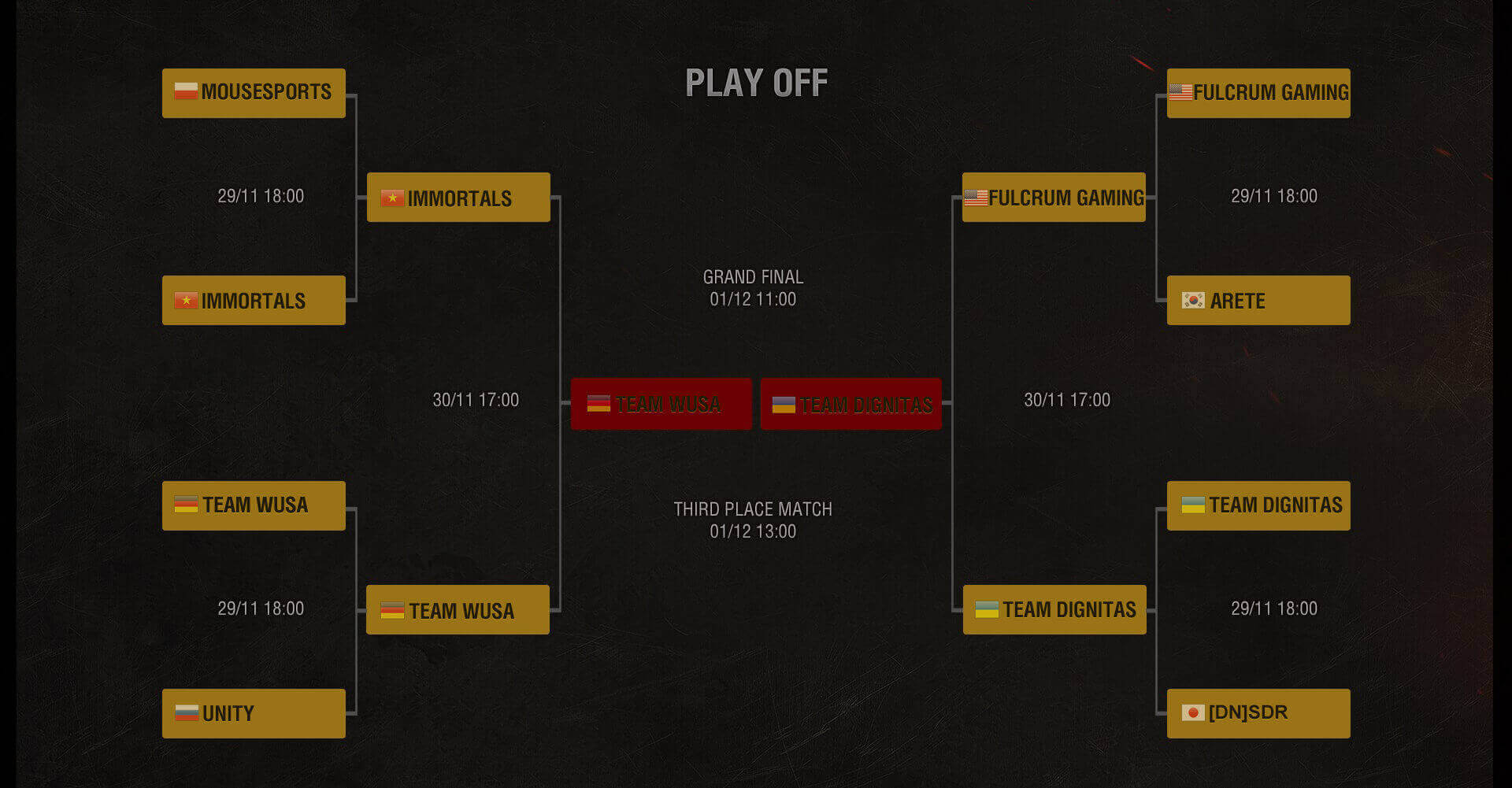 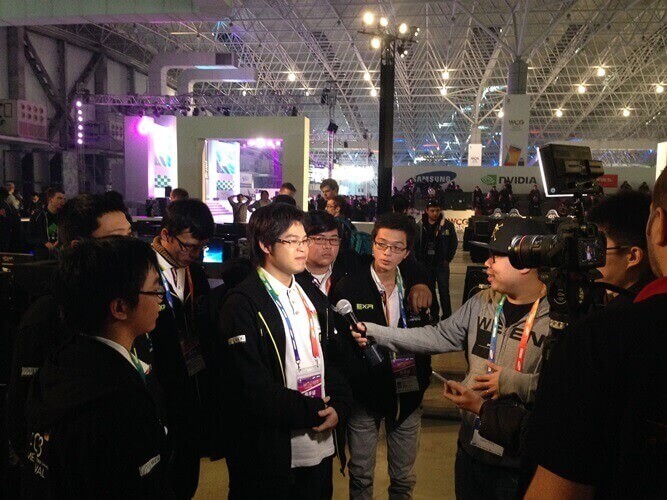 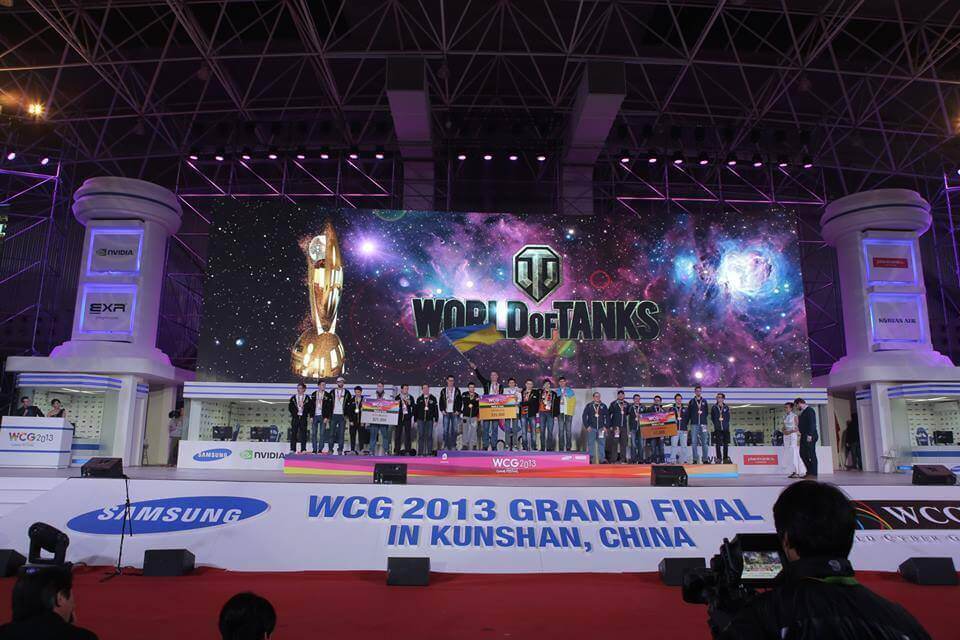 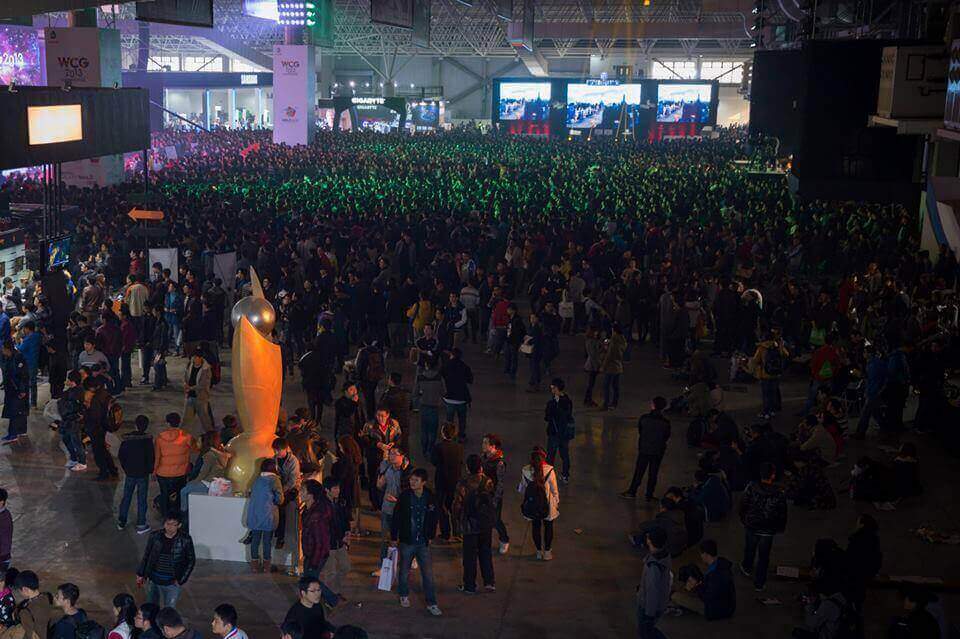 And that's a wrap for WCG 2013! Thank you for being with us through this amazing journey. We'll see you soon for our next tournament - TanksAsia Masters Season 2!