Late last month, we briefly told you about the upcoming major changes happening to the Team Battles mode. We've got more details to share this time, so sit tight and read on!

In Team Battle mode, any player can create a team simply by selecting Ranked Battles and clicking on the Create Team button. When that's done, the player can send invitations to join the team to other players.

Up to 20 invitations can be pending at any given time.

A Permanent Team consists of up to 12 players. Team members can hold ranks and titles, such as:

By default, the Team Commander will always be the player who creates the team. Detailed description of rank permissions can be found below:

A team may have an unlimited number of Officers and Privates, but only one player can be the Team Commander. 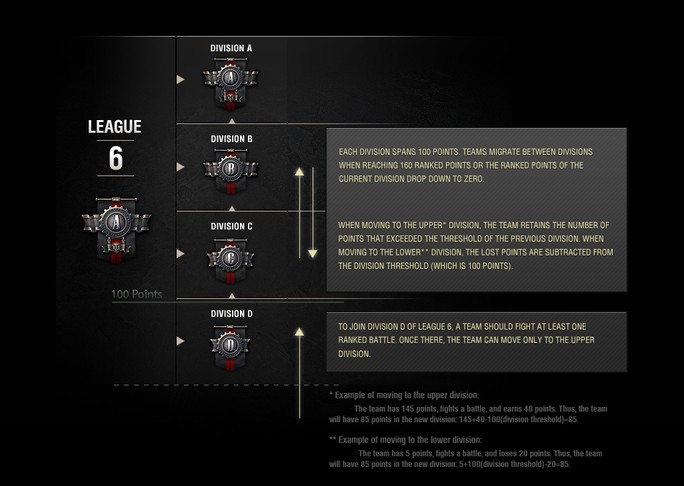 In future, the best teams will have a chance to compete in battles against professional eSports teams; according to the Season results, the teams that reach Division 1 of Ladder A will participate in a tournament to win a chance to play in the Silver League.

The dates of the tournament will be announced on the portal when they are available.

Participating in the new Team Battles mode will grant new awards and medals for specific achievements. Here are some of the medals one can expect to receive: