On 23rd November 2013, we gathered at the Mineski Infinity Katipunan to witness the final matches between eight of the best teams in the Philippines. And what a show it was! With a total of 56 players flying in from all over the country for the challenge of being the champion of the National Series, the stage was set for one epic showdown.

The last day of the tournament proved to be a complete overhaul of the winners' roster, as new teams took the top ranks as proof that they could hold their own against the more popular teams. The one team that stood the tallest and secured the title of Champion was Team Tribu Sugbo from Cebu City, after a tight battle with Team PVP Royale Mastermind (from Iloilo City) who subsequently came in second place. Congratulations to the both of them!

Arriving at third place was Team Bacolod United (Bacolod City), which is an excellent result given that it was their first participation in the National Series tournament. Of course, we also shouldn't forget Teams Trigger Happy Bunnies (Cavite City), PVP Missionary (Metro Manila), PVP Eyes on the Board (Davao City), Kagayan Alliance Team (Cagayan de Oro) and Gensen Allied Tankers (General Santos City), all of whom did their very best and came so far in the tournament. Their dedication to the game and eSports in general is something to be applauded, and they deserve our heartfelt thanks for their support.

Thanks to all the teams for participating, and we hope to see more of you in future!

Tribu Sugbo hails from Cebu City in Central PH, and is comprised of veteran players living there. This is their first time entering the Grand Finals after losing to Bacolod City in the last Nvidia Tanks Championship. One of their more notable players is Ayswuter, who also plays for PVP Super Friends, the team that won the first season of TanksAsia Masters and who continues to be a strong contender in Season Two.

PVP Royale Mastermind is based in Iloilo City, and this National Series was their debut in Wargaming's eSports tournaments, as it is the first time teams in Iloilo City were given the chance to participate in the Qualifiers. However, the team itself is manned by a group of veteran players, which certainly helped in getting them so far in the National Series.

As their team name suggests, Bacolod United was formed in Bacolod City, and is also another team to debut in the National Series. Unlike PVP Royale Mastermind, however, Bacolod City was one of the locations where qualifiers were staged in previous National Series. Despite their short history however, they have managed to secure a definite presence as the 2nd Runner-up in this year's tournament.

Yet another team to join the National Series for the first time, Trigger Happy Bunnies comes from Cavite City, which was recently added as one of many possible Qualifier venues in the Philippines.

Team PVP Missionary is arguably the more popular choice among many in the Philippines, as they represented the country in Kunshan, China at the WCG finals in 2012. Also the most favoured team to do well in this year's National Series, they unfortunately bowed out of the tournament early during the semi-finals to PVP Royale Mastermind. However, they fought to the last second, giving the spectators a good show at the finals.

Team PVP Eyes on the Board

Hailing from Davao City, PVP Eyes on the Board is the new replacement for the team that formerly represented their city. They conceeded their chance at progressing to the finals early on to Team Tribu Sugbo in the early stages of the elimination round.

Kagayan Alliance Team was another team that debutted in the National Series this year, as their home city of Cagayan de Oro was a recent addition to the available Qualifier venues. They bowed out of the tournament in the elimination stage to Team Trigger Happy Bunnies.

Team Gensan Allied Tankers hails from General Santos City, which is also famous for being Manny Pacquiao's hometown. The G.A.T. was also another new team making its first appearance in this year's National Finals, as Gensan was available as a qualifier venue. Team member wafaaak is also known throughout the entire Asia server as the player with the 2nd highest number of battles participated, with a total of 49,571 battles on record. Team G.A.T. conceeded to Team Bacolod United early on in the eliminations stage, and consequently their hopes of becoming champion for this year.

Pictures of the Event 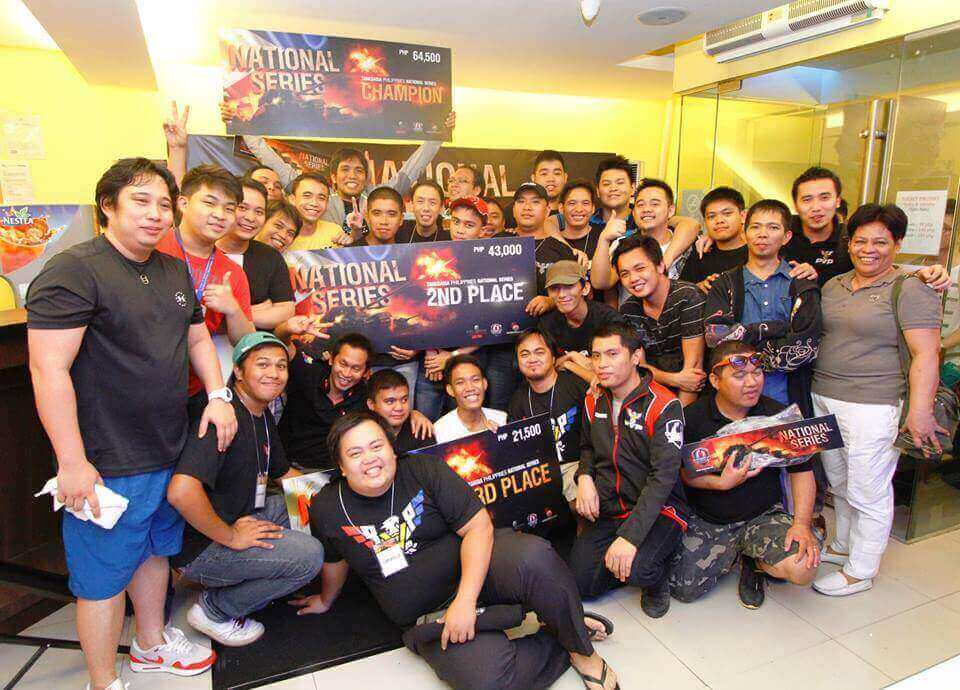