You won't be needing genius strategising to win a Lucky Damage Lottery. All you have to do is hit a target or two and hope that the damages you deal tally up with the winning number. When it does, the Gold prize is yours for keeps! 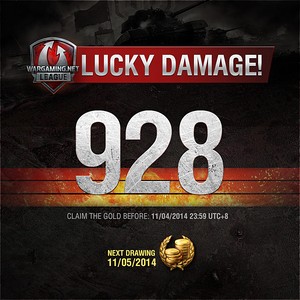