You won't need to win tough tournament pros for these nice prizes. However, you're going to need just the right amount of skill to deal some damage on the enemy team - and all the luck you can get.

Shoot your enemies and hope for the best. If your damage dealt tallies with the lucky numbers for the Straight Play or the Box Play category, you'll win Gold! 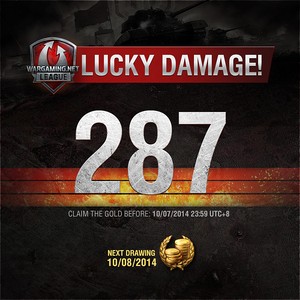