Competing in the tournament level is never an easy undertaking. Not if you're in it to win it, of course. But who says you can't have fun while doing it?

We're enhancing your fun again this week with our newest batch of Lucky Damage numbers this week. If you're due for some tournament matches this week, make sure to note down the numbers somewhere and compare them with your damage score after every battle. Who knows, you may well be a winner of up to 10,000! 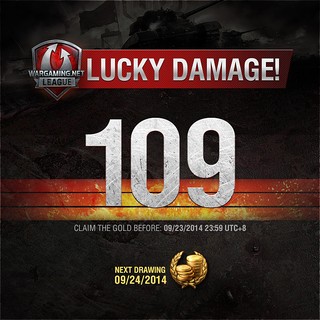