Welcome to The Game Plan! The German-made E 100 is a sturdy machine, to be sure, but it’s not without its weaknesses (lower glacis, we’re looking at you!). In this tank guide, Horsemen’s None_desu illustrates how a little clever angling can go a long way toward preventing engine damage, and how best to outfit your vehicle to make it the formidable battle steed it should be.

Hello everyone, None_desu of Horsemen here.

The E-100 is the most balanced of the 3 German heavyweights - while its armour isn’t as thick as the Maus's and its firepower isn’t as terrifying as the JPE-100's, the E-100 wins out in terms of better mobility and a turret that can actually withstand some hits, unlike the JPE-100, which will get repeatedly penned by enemies who get too close. 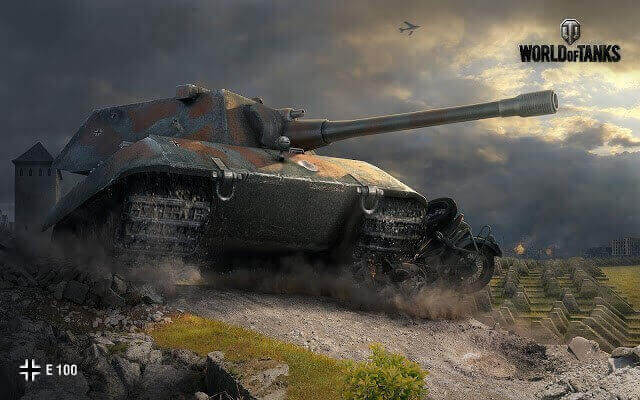 The E-100 has 2 guns to choose from, which is rare for a Tier X tank – the 150 mm gun and the 128 mm “rat” gun. The 150 mm gun has the advantage of high-penetrating premium rounds coupled with staggering alpha damage (not to mention a satisfying sound effect when the shell penetrates), but is plagued by long reloads, fickle accuracy and its drain on credits. The 128 mm gun, on the other hand, boasts a higher DPM (damage per minute), APCR premium shells that won’t get negated by tracks/spaced armour, and standard AP shells with better penetration.

Personally, though, I would recommend using the 150mm gun, since it suits the E-100’s defensive strategies better.

Some might wonder why we didn’t mention the E-100’s turret. It’s because we saved the best part for last – the E-100’s turret measures 250 mm in thickness frontally and 150 mm at the sides, making it an effective counter against most standard AP rounds. But here’s the key – in a world full of high-penning tank destroyer guns and premium shells, the E-100’s turret won’t save your hide if you keep it pointed forward towards your enemies.

Contradictory to its large and bulky hull, the E-100 has pretty good mobility. This, in conjunction with the 3rd highest HP pool among heavy tanks and some pretty solid armour, gives the E-100 an astounding rate of survivability for a Tier X tank. Its 200 mm sloped frontal armour will stop almost all head-on attacks, while its 120 mm side armour and an oversized side skirt allow the E-100 to effectively sidescrape using its side armour, instead of having to fight leaving its weak lower hull exposed. 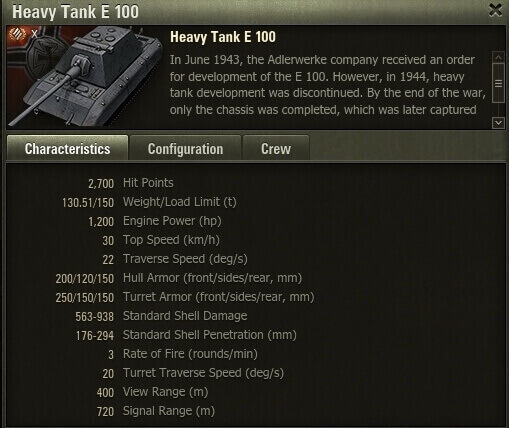 The Key to Success

We will now disclose the key to success with the E-100: Angling.

When facing high-penning tank destroyer guns and premium shells, this is what will happen to an E-100 player who isn’t experienced in angling. (Notice the penetrations on his turret?) 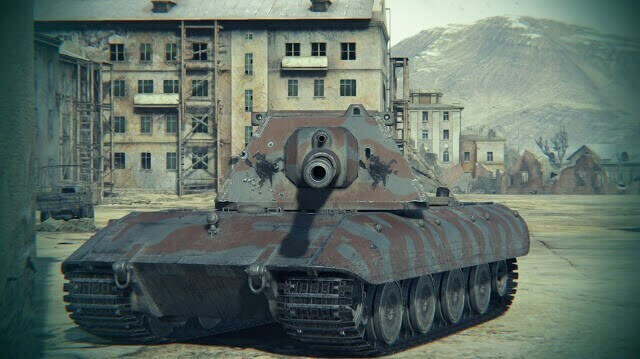 An experienced E-100 player will maintain his tank at this angle until he's finished reloading. 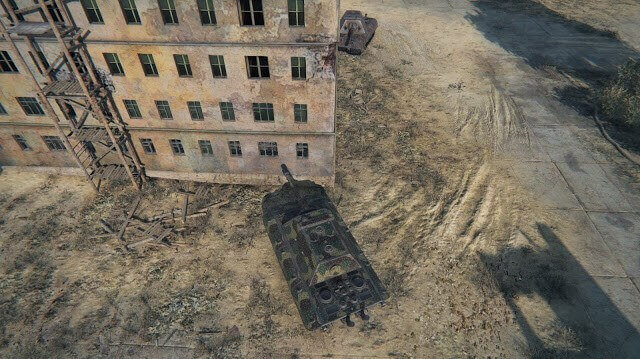 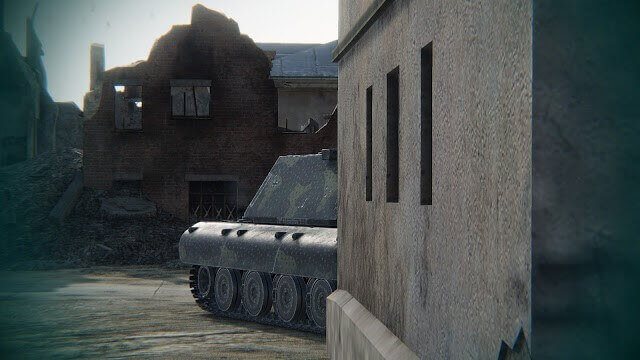 But the core question is this: Just how much angling is enough?

Angling is all about experience: You’ll grasp its essence once you’ve taken shots from every angle. To put it simply, a 30-degree angle is about the limit, unless you have a computer in your head to process your current effective armour with every move.

Utilizing cover is pretty much the same as stated in the picture above, so I won’t elaborate on it. While angling, if you see the opponent’s gun aiming for your turret cheeks, you can swerve your turret to a very large angle; same for the turret sides. However, be careful when utilizing this technique: If your turret rotation speed isn’t fast enough, you opponent can aim for the other side instead, so remember to rotate your hull as well to get the desired shock effect.

For equipment, I would recommend Rammer, Vents and Vertical Stabilizer (optional). If you find yourself the center of unwanted SPG attention, another option is to swap for a Superheavy Spall Liner.

For a Tier X Heavy tank, the E-100 is not an easy tank to get used to, due to its low-pen gun and obvious weak spots. It’s not uncommon to see an E-100 charge into the front lines and get wrecked in a very short time. However, if you can master the concept of angling while cautiously hiding your weak spots, and are generous enough to spare a premium round here and there, you can turn the E-100 into an iron bully that can bounce the enemy's premium shells all day long.