Want to give yourself the well-deserved gift of an AMX 13 57 GF this Christmas? Hop on over to the Advent Calendar today (20th December) and you just might be able to score a sweet deal! But you’ll have to hurry – this limited promotion will be available for 24 hours only!

Do you feel the need… for speed? Then the AMX 13 57 (GF edition) is your new best friend! Clocking in at a zippy 61kph, this French fiend boasts a low tank profile, great view range and high base camouflage values. It’s excellent for times when you want to stay off the radar, but even better when it comes to dishing out the pain (from a discreet distance, of course – it is a light tank after all). Get ready to wreak havoc with its 8-round drum – that’s 720 HP of damage in roughly 7 seconds! 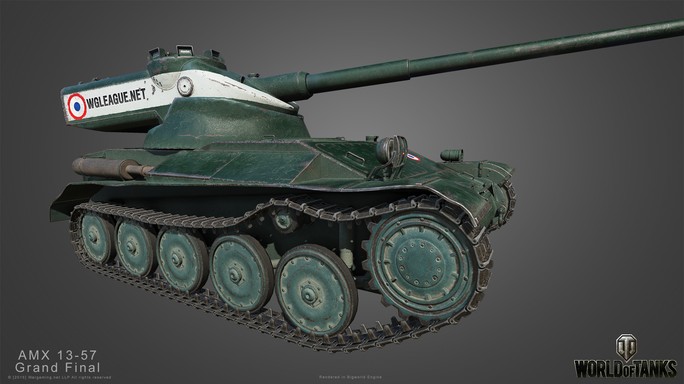 It’s no wonder the AMX 13 57 GF has long been an eSports exclusive, and the choice of many of our top teams. Watch them take the battlefield by storm below: 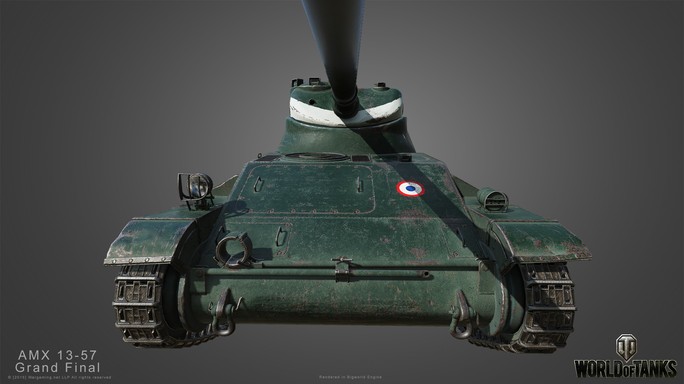 Think you’ve got what it takes to soar above the competition? Simply take your AMX 13 57 GF into battle, then submit your IGN in this thread, along with a screenshot of your battle result. The top 3 damage dealers will be rewarded as follows: