The Wargaming.net League has reached a very interesting and unique stage where after the first seasons wrapped up for the EU and RU clusters,  eight teams (four from each side) were selected to advance one step further into the league. The strongest teams of WGL First Season from EU and RU clusters will come together in the battle of the continental leagues where they will represent their clusters for the title of the best in the region. The teams will contest for a total prize fund of USD 5,000 and 600,000 in gold.

Do not miss out on this epic fight! 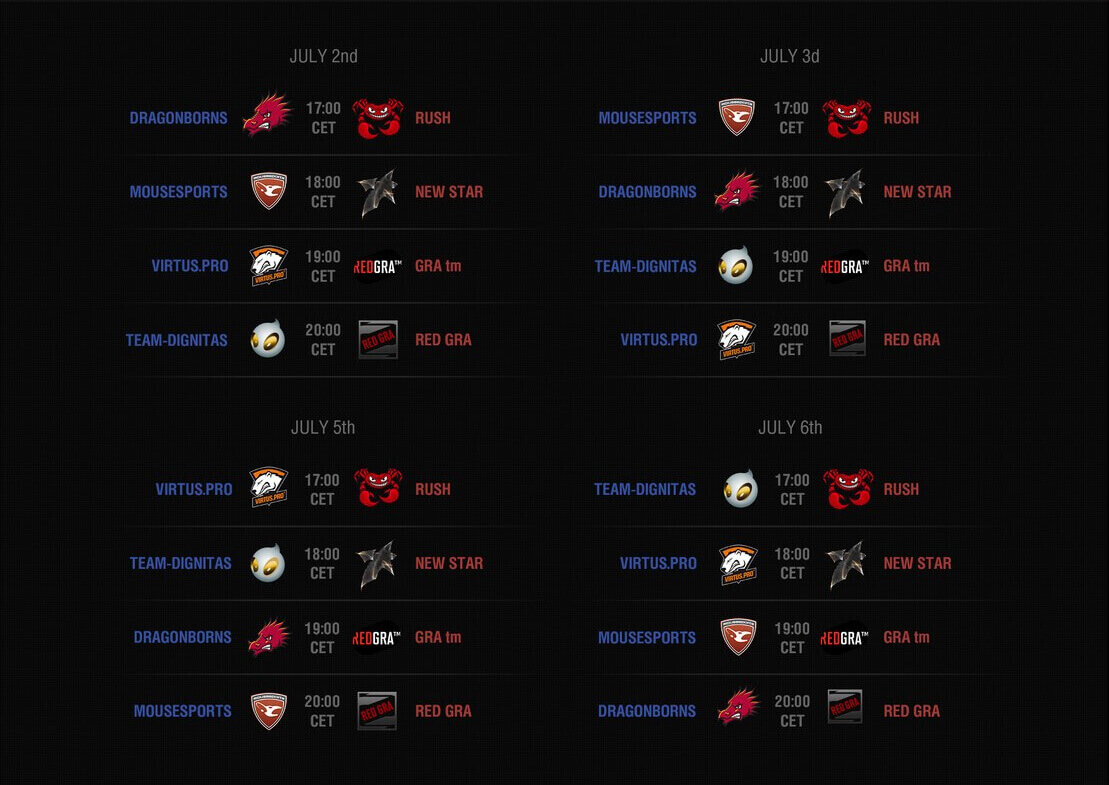 Rules of the Tournament:

Both Luke and Christian will be in the thick of the battle to convey to the audience the most relevant and interesting information about the tournament for the English stream so be sure to watch the stream to keep up with what's happening in the WGL.

Watch the live TV broadcast and lend your support to your favourite teams!