Girls und Panzer fans as well as military enthusiasts from all around Japan, and some even from outside Japan gathered for this event, and the small town suddenly became busy with action.

This is the first time the Plastic Modeling Event is held outside Tokyo, and it took place in the Ōarai Culture Center, the civic hall next to the town office. Although the event was held in a rather rural area, many participants arrived from early on in the morning! A lot of participants even decided to Ōarai after the event to stay for the main events of the Anglerfish Festival on the next day.

We, once again, had Ichiro Yoshida, a professional modeler who makes World of Tanks vehicle models for the Armour Modelling magazine. Some of the participants applied as a group, and users cheerfully chatted about World of Tanks as they made plastic models.

This event was open to the public, so visitors and townsfolk in Ōarai came to join in the fun.

From 14:00 there was a talk show featuring the guest modeller Ichiro Yoshida, militar advisor Tadamasa “WG_Phalanx” Miyanaga and the community staff kats_jp.

Mr. Yoshida talked about World of Tanks from a model and diorama building perspective, and the difficulties he faced when making World of Tanks models for the Armour Modelling magazine. 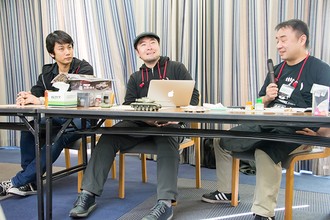 In the second half of the show, military advisor Tadamasa Miyanaga and kats_jp talked about the thing everyone wants to know about -- tanks. The development history of the relatively unknown Japanese heavy tanks were discussed in the talk show, and a concept image of a bizarre tank destroyer that never made it into production was shown during the show, bringing laughter to the hall.

Many model masterpieces gathered in the contest and display area at one corner of the vent hall. Contest winners got Gold as well World of Tanks goodies. 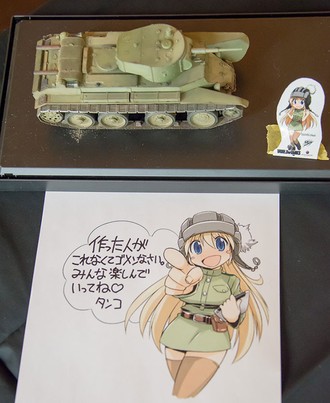 Manga artist Mikado Muramasa, who illustrates a World of Tanks column in the Weekly ASCII magazine provided us with a BT-7, although the artist himself was busy and could not make it to the event. 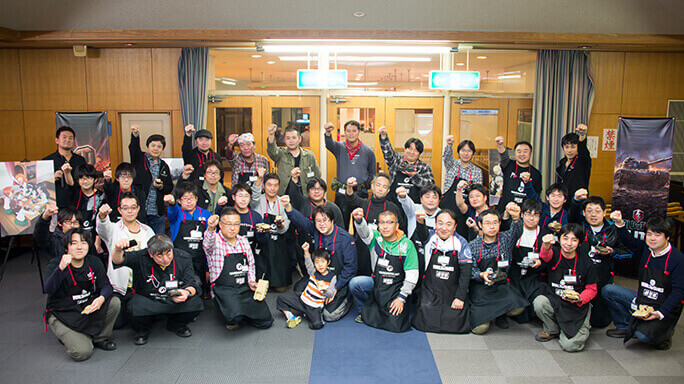 Participants gathered for a group photo with the models they finished (or didn’t finish) they made at the end of the day, and the modeling event held at Ōarai, the town featured in Girls und Panzer, ended on a high note!

This was the first Plastic Modeling Event held away from the urban centers, but thanks to participants from far and near, the event was a great success!

16 November: Another Great Year at the Anglerfish Festival!

The day after the Plastic Model Event was the Ōarai Anglerfish Festival!

100,000 people participated in the event last year, and Wargaming put up a booth this year as wel! On the second floor of the Maiwai Ichiba at the Ōarai Resort Outlet where visitors were able to play World of Tanks as well as see the a large model of the Type 89 medium tank, recently given to the town of Ōarai by Wargaming. Many Girls und Panzer cosplayers came to take photos with the tank.

At the booth, visitors could play World of Tanks PC version with the special Girls und Panzer MOD as well as the mobile version, World of Tanks Blitz.  Some avid fans came around to play the game multiple times!

Outside, tank girls handed out copies of the WoT x GuP tutorial comic “Hajimete no Senshado: WINTER EDITION” ! Many Girls and Panzer fans as well as visitors of the Anglerfish Festival grabbed their copies of the book.

Various homemade tanks made by devoted tank and model building fans gathered in town for this event!

With the powerful support of tank fans and Girls and Panzer fans, all the events in the small town of Ōarai during the 15-16 November ended in a high note.

Hope to see you again next year!