Taipei, 03 February 2013 — As Taipei Game Show 2013 comes near to its end, the whole game show comes to the climax on Sunday. Although the show opens at 11 am, there were already lots of enthusiastic gamers standing in line outside the exhibition center before 9 am. Having been well-received by gamers and media in the first 3 days of the show, Wargaming.net will be hosting some of the most exciting events during this important weekend.

Crowds forming at the exhibition center 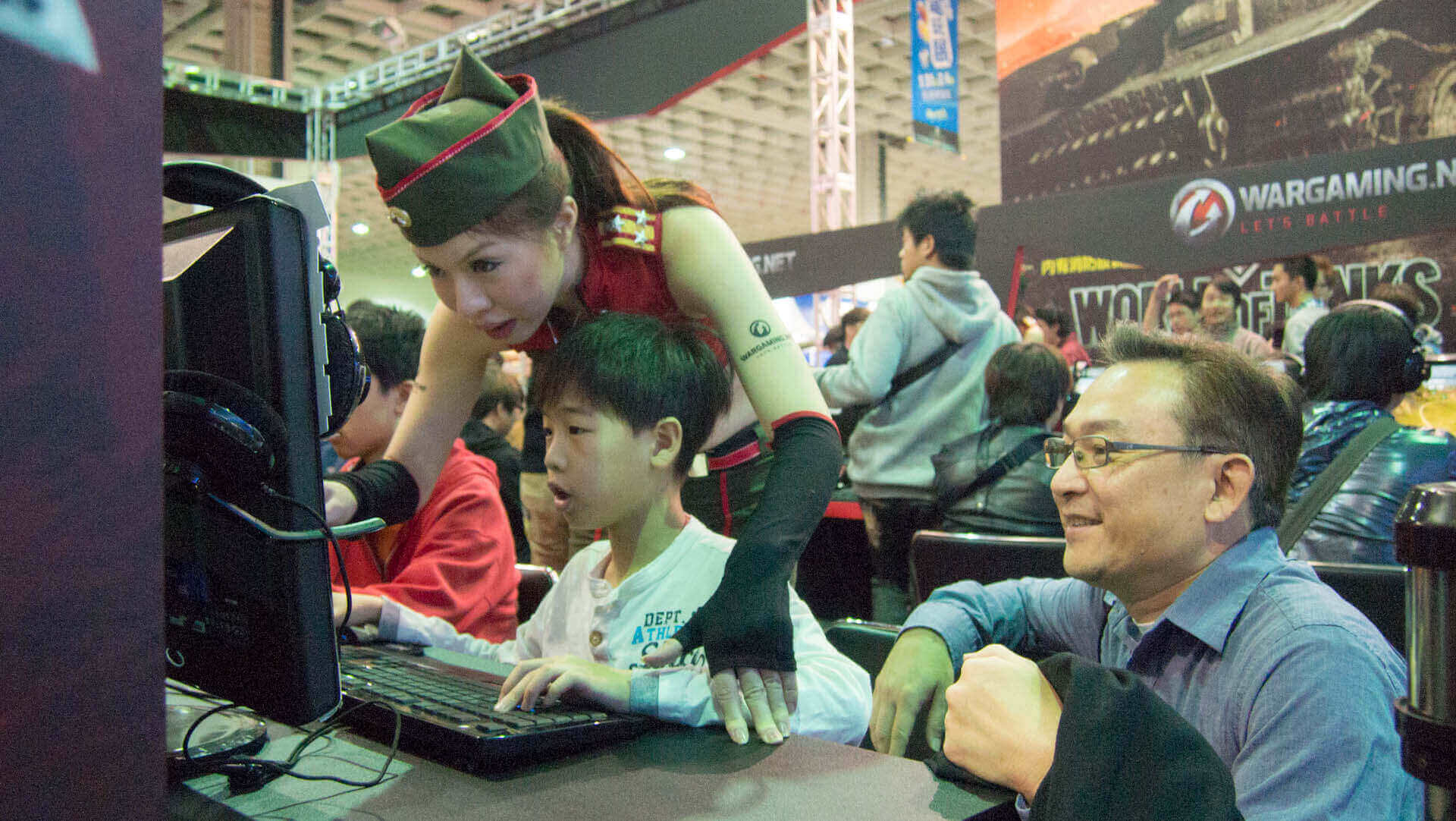 A father watching happily as his son tries out the game 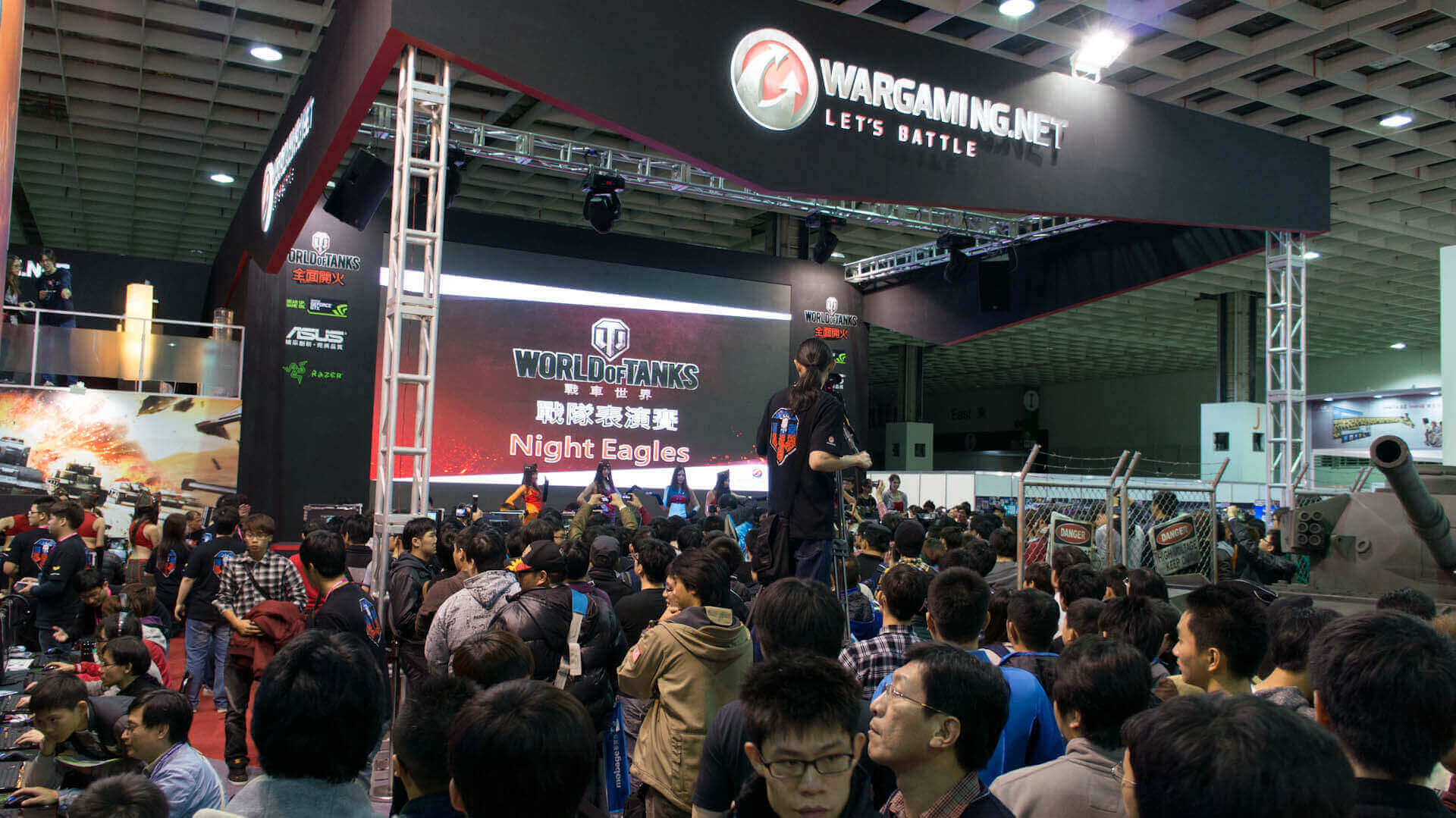 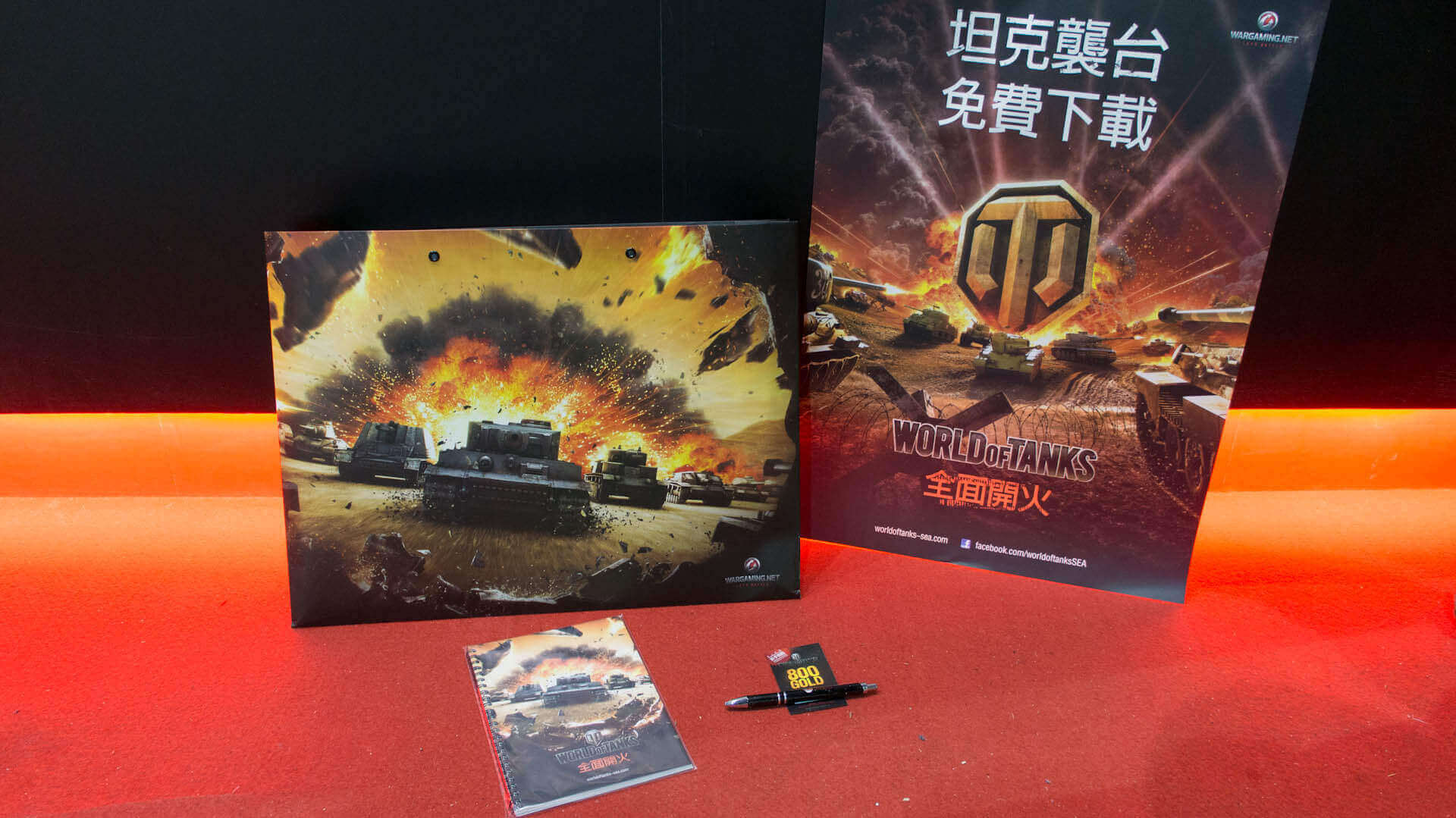 Since Taiwan Reenactment Group was well-received the day before, Wargaming.net invited another professional team to cosplay soldiers from WWII. This team also brought novelty and their own unique styles, attracting huge crowds of viewers, fans and trigger happy camera men. 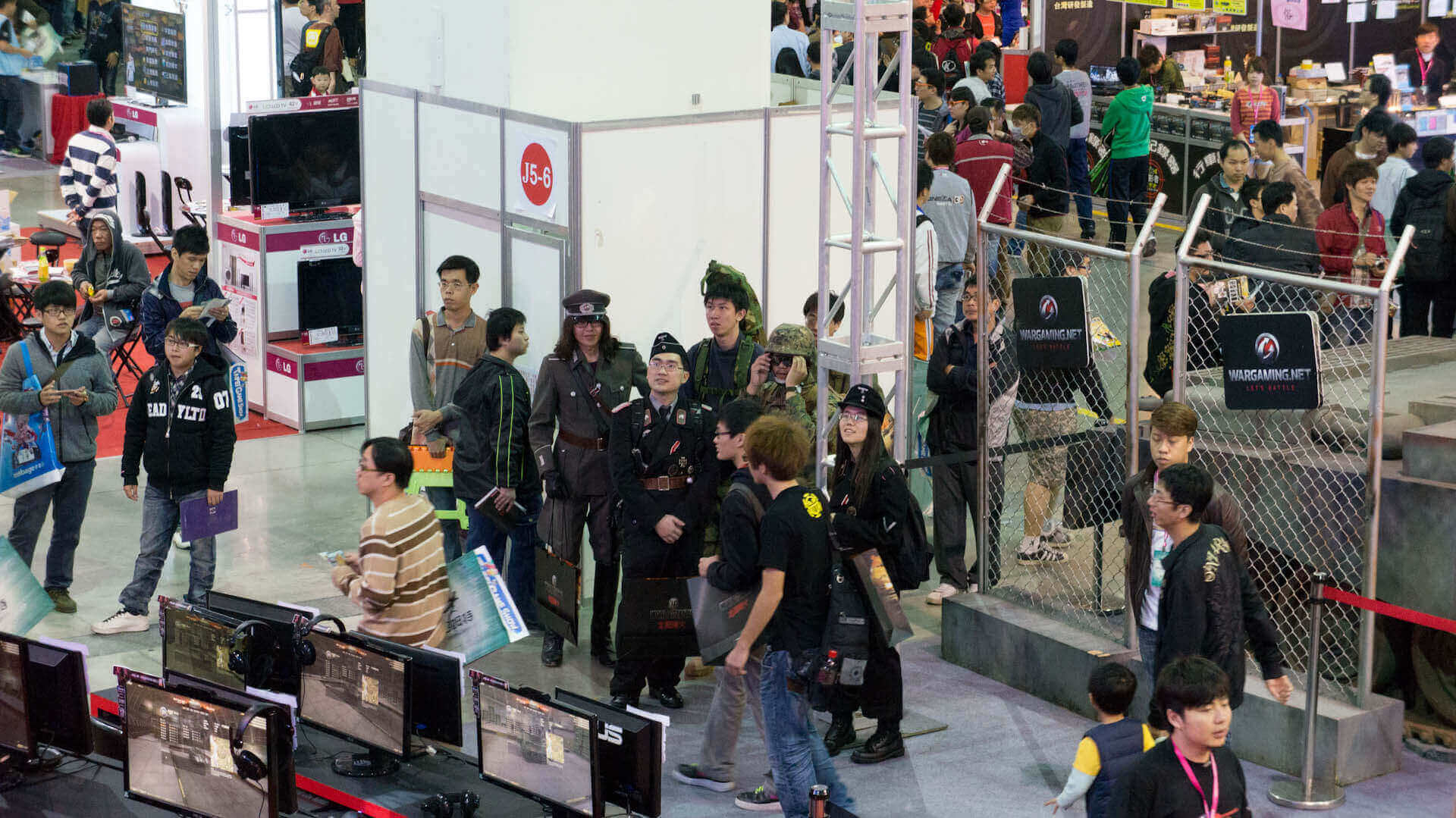 Duri\ing the press interview with Senior PR & Marketing Manager, Mr Max Chuvalov and SEA General Manager, Mr Jasper Nicholas, it was mentioned that an enthusiastic fan (who was also a cosplayer in the morning) had came up to them in person and given them a proposal for the development team. As Wargaming.net is known to listen to feedback from customers, Max was more than happy to receive this proposal and had a chat with this fan. It turned out that this proposal came with lots of detailed information, data, statistics and precious photos of Taiwanese tanks combined with the Chinese tech tree. Out of his passion and great understanding of the game, the fan researched and collected all these data by himself. Max in return, promised to submit this proposal to the HQ as reference for developing tech trees for the future. 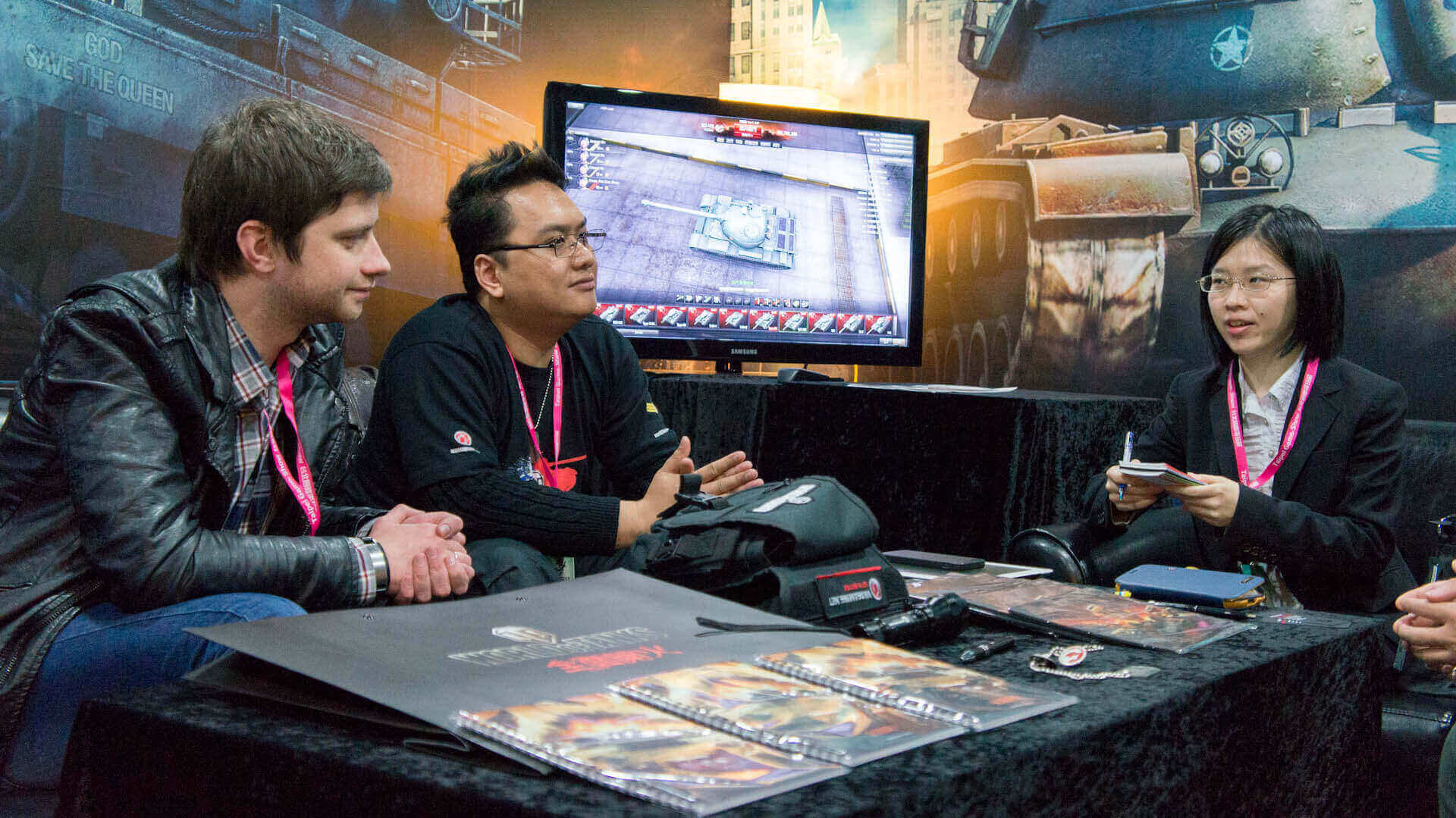 The Godfather of All Games, as usual, livens up the atmosphere while explaining the match clearly. In this game, an SPG in Team HLSW (the Godfather’s team) demonstrates its power and importance in the whole team. The battle ends with a final score of 0:2 in favour of their opponent, Team PCAFV.

Next match up is a battle between members of Clan Night Eagles. Although they all belong to the same clan, they are enemies now and must not show mercy to the “rival team.” Light tanks play skilfully and the tactics shown in the game demonstrate how impressive the physics engine of the game is. The conclusion: Team NE2 scores a close win of 2:1.

What will World of Tanks show  the audiences for the last day of the Taipei Game Show 2013? Find out in the report for Day 5 coming right up, here in the portal! 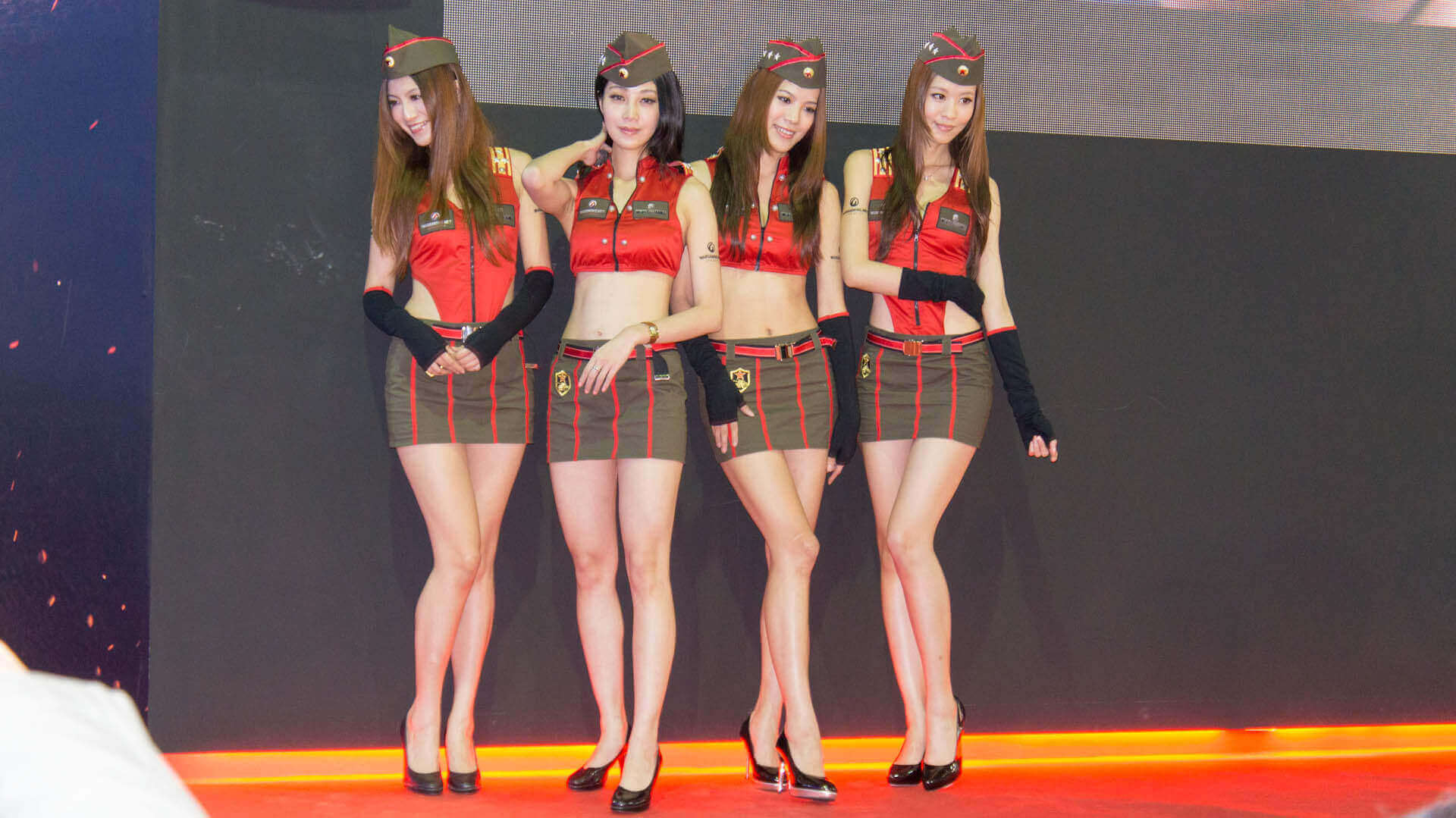 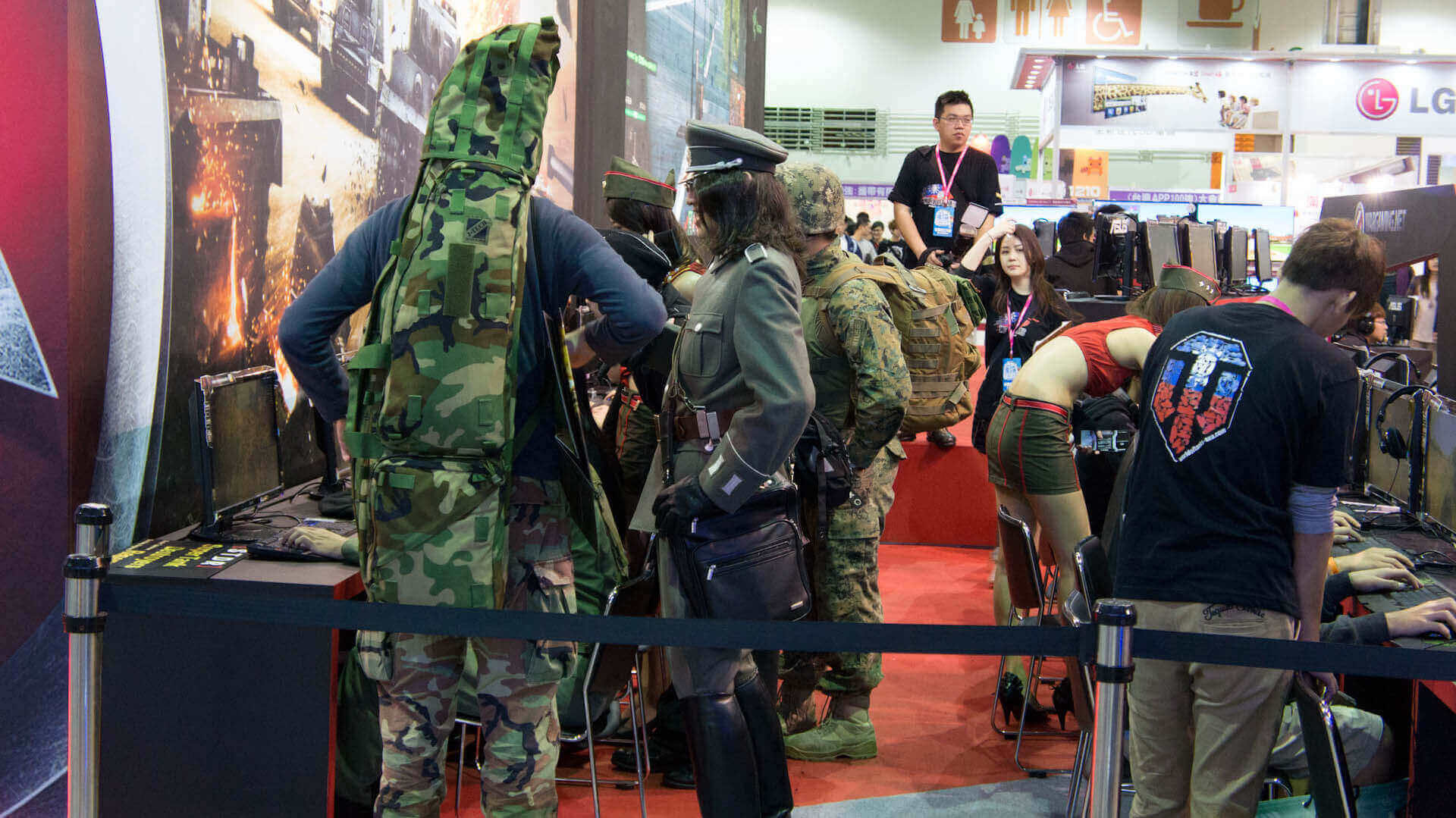