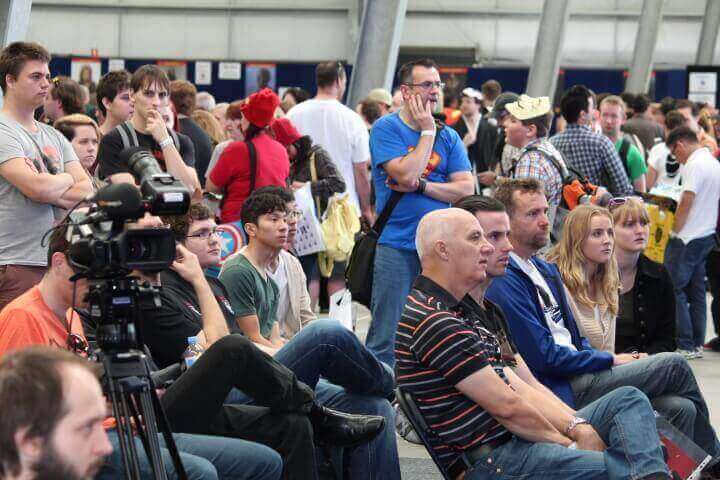 Supanova Melbourne, 14 April, 2013 (Saturday), 08:30 hrs - It's a wet and cold morning here at Supanova Melbourne and temperatures have dipped to 15 degrees, but that did nothing to dampen our spirits nor the moods of the players who have all gathered in front of the stage at the Wargaming booth. Everyone looked to be in high spirits, although somewhat hung over from a "little" partying the night before. The atmosphere was livelier as compared to the day before and some cheering and hooting could be heard from the participants. We reckon that's because everyone has probably warmed up to one another already (or maybe it was last night's beer?) We're all set and ready for the day ahead so bring on the battles!

Say... Guys? There's Stuff on the Fan Again, 09:00 hrs - The World of Tanks SEA server had to be taken down for an emergency maintenance to fix a login issue, thus the schedule for the tournament had to be pushed back again until the server comes back up. In the mean time, Team PBKAC and Drop Bears take to the stage to set their configurations and prepare for the first match of the day.

It's Alive! 10:07 hrs - The servers are back up already but we're finalizing some details and briefing the host before we get the show on the road. And hey! Is that David Hasselhoff we spy at the other end of the hall? 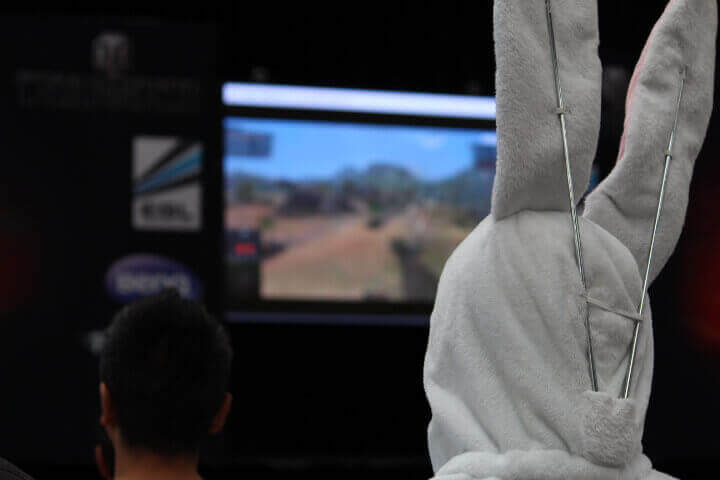 [World of Tanks attracts all kinds of audiences]

And Here We Go! 10:45 hrs - We finally got the ball rolling with the last match for Group B. Just to note, there were supposed to be 4 matches played today for Group B, however, due to Misguided Parrots dropping out of the tournament, their matches have been declared a walkover. Thus, we proceeded right to the last match. 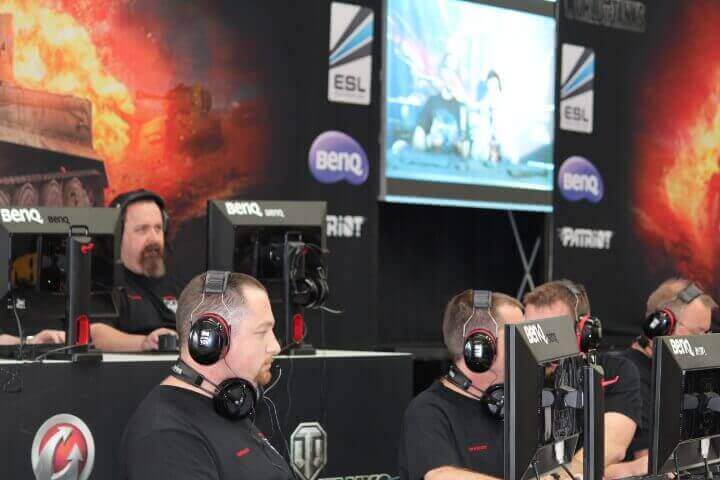 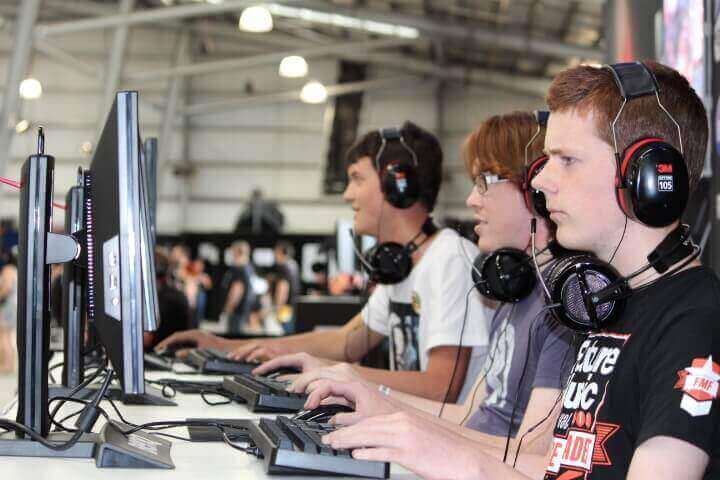 PBCAK swiftly earned a point over Drop Bears in the first round but a draw in the second round led to their match being prolonged into a third round. The third round ended with a victory for PBCAK, thus bringing the score to 1:1. As the tournament runs on a Best of 3 format and both teams have already played their 3 games, the win was awarded to Drop Bears based on this ruling:

If a match ends in a draw (no team was destroyed and no base captured) the team with at least 8 tier points advantage wins the battle. To measure the 8 points you can add any surviving tanks points together.

The morale of Thunder took a beating when Grumpies swept the first 2 rounds. With a score of 2:1 in Grumpies' favour, Thunder is in a real fix as the next victory for Grumpies would mean that they would be booted to the loser's bracket while Grumpies would move on to contend for the champion title. Faced with the prospect of losing their placing in the grand finals, Thunder's perserverance saw them through the third round and they put up a fierce fight to serve Grumpies a taste of their very first defeat in the tournament. Alas, their victory was short lived as Grumpies bounced back to seal their fate during Round 4, bringing the final score to 3:1. 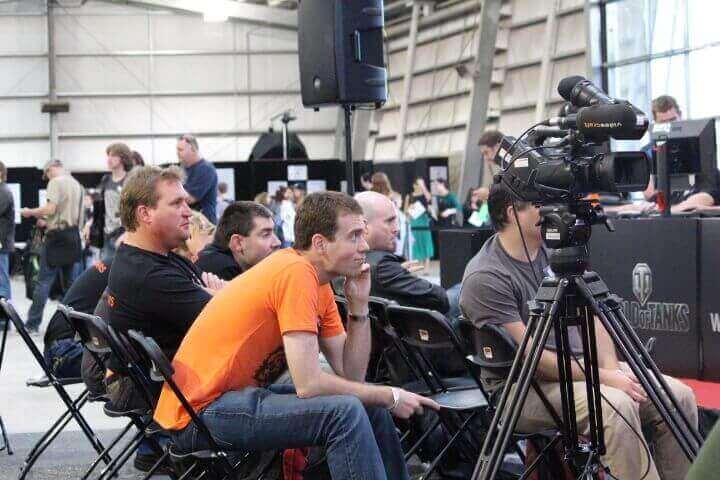 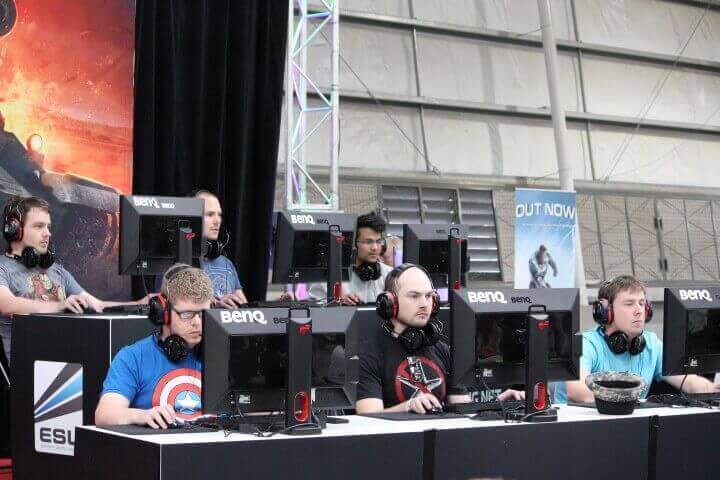 Match 2, Let's Battle! 13:20 hrs - Match 2 for the semi finals begin. PBKAC demonstrates their prowess by winning the first 2 rounds, putting Drop Bears in the exact same position as Thunder during the previous match. The members of Drop Bears were clearly vexxed, judging by the expressions on their faces but they calmly discussed their strategies and next best course of action to take before embarking onto the third round. PBKAC on the other hand, although clearly at an advantage over their opponents, they appeared worried and one member was even seen burying his face in his hands. Anything can happen on the battlefield and PBKAC were made painfully aware of this when Drop Bears fought back to deliver them their first loss during Round 3.

By then, the stress was mounting on PBKAC during Round 4 as they needed to win this round to secure their slot in the grand finals or they could risk losing should Drop Bears hold up and extend the match into the fifth round. Both teams are not about to back down anytime now.

Fight for 3rd, 15:00 hrs - Thunder is giving Drop Bears a real tough time in their fight for 3rd placing. Both teams have already lost out on the chance for 1st and 2nd placing in the tournament, so they are really giving it their all for this final match. Thunder fought with no holds barred and won 3rd place with a score of 3:0. 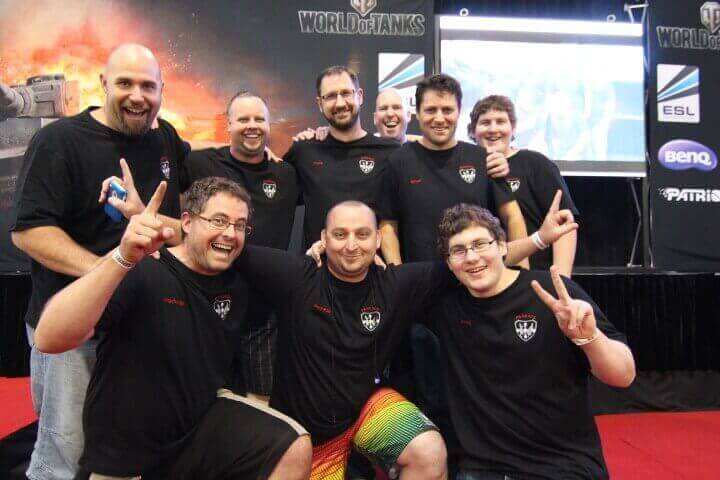 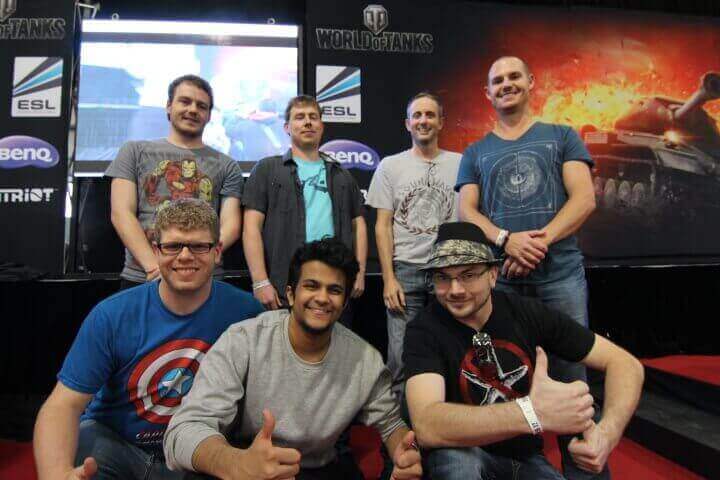 This Is It! 16:10 hrs  - The moment we've all been waiting for and the reason the players have been fighting so hard for all these while - The Grand Finals! PBKAC and Grumpies will be contesting for the champion title and prize money of AUD $3,000 and they're only just a victory away from it all.

PBKAC shows Grumpies the reason why they're a team that deserves to be in the finals by taking a win in the first round. To further reinforce this point, PBKAC defeats Grumpies again during the second round, putting Grumpies in a difficult spot. Grumpies will now have to get 2 consecutive wins in order to be on an equal standing again to contest for the champion title.

Grumpies of course, weren't going to go down without a fight. As expected of them, they fought their way back up and returned the favour by winning the third and fourth rounds. With a score of 2:2, the teams are now entering into the final fight and will face their biggest challenge ever in the tournament. The atmosphere for this match was intense and everyone kept their eyes on the stream with bated breath, not daring to utter a word. After what seemed like an eternity, the silence was shattered by a collective roar, followed by shouts and loud cheering. Team Grumpies rised to their feet, clenched fists pumped up in the air as a sign of victory. The final score was 3:2.

And with this, the tournament has come to an end. Grumpies is your champion for Supanova Tournament Autumn Series 2013! 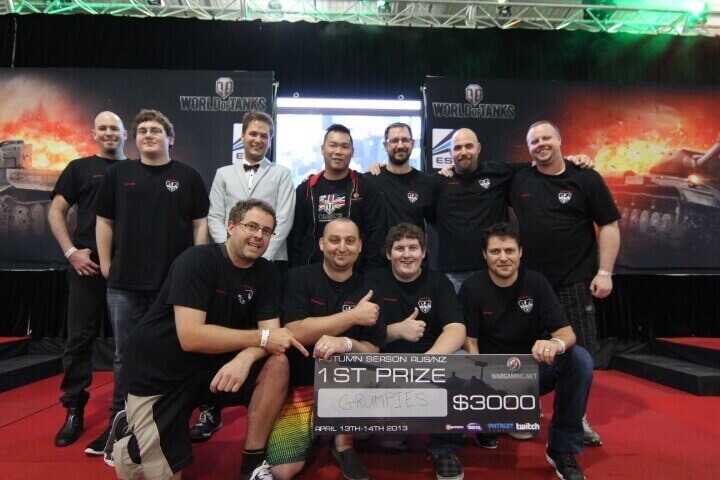 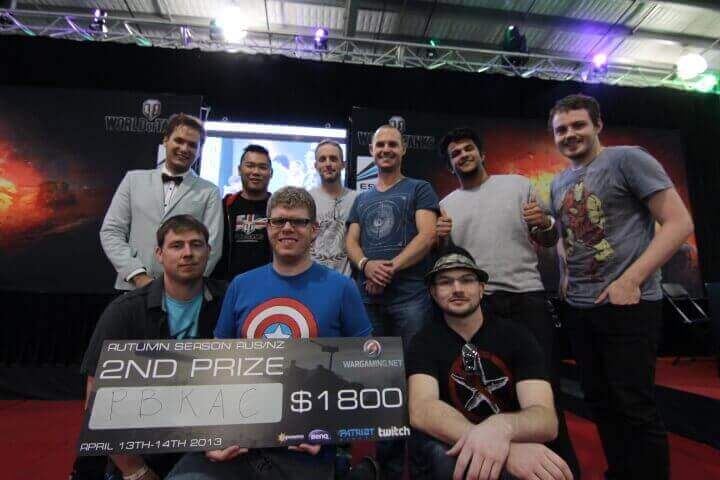 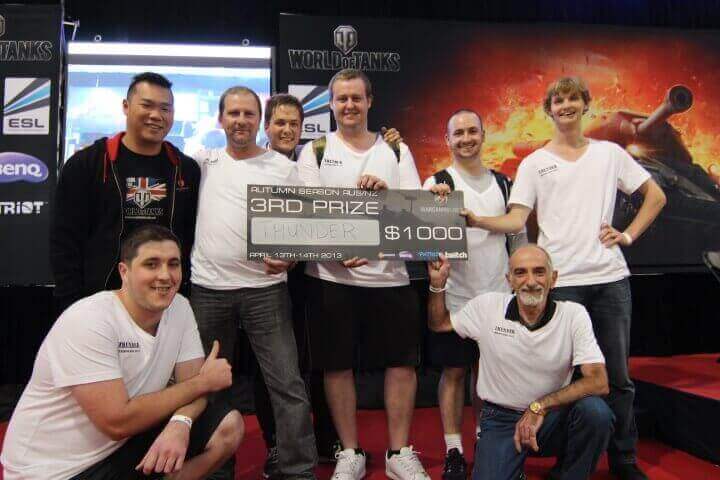 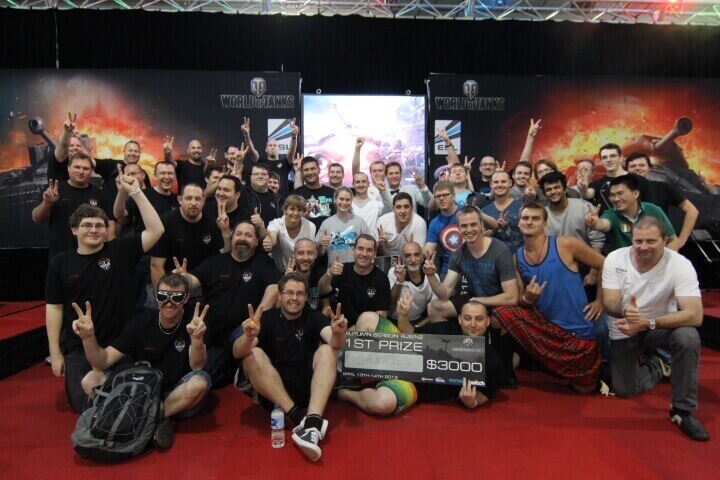 Last notes: We'll let you in on what happened midway through the final match in Abbey when the live feed went dead. Blade12444 from Grumpies thought it would be a great idea to take his french swimming tank, the BT-SV... well, swimming. Let's just say, he didn't swim very well (In truth, he slipped off the edge of a cliff into the waters below and drowned).

Well, Blade, we were initially planning to keep this a secret for you but your team mates thought otherwise. Congratulations on your win, Grumpies!