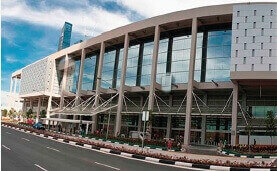 Licence2Play 2012, dubbed the coolest gaming event of the year is taking place at Sands Expo & Convention Centre, Marina Bay Sands in Singapore. Wargaming will be here at this event for 3 days from 07 - 09 December and will be showcasing previews of World of Warplanes , as well as organising some fun-filled stage and booth events for fans and event goers to win themselves some exclusive premiums.

Licence2Play 2012 officially starts! Event attendees start to stream into the hall, eager with anticipation for the actitivies that are about to unfold. The first sight that greets everyone at the entrance is the mighty FV4202(105), standing guard in all its majestic glory in front of our Wargaming.net  booth to ensure that no one makes off with our exclusive premiums without first earning them. 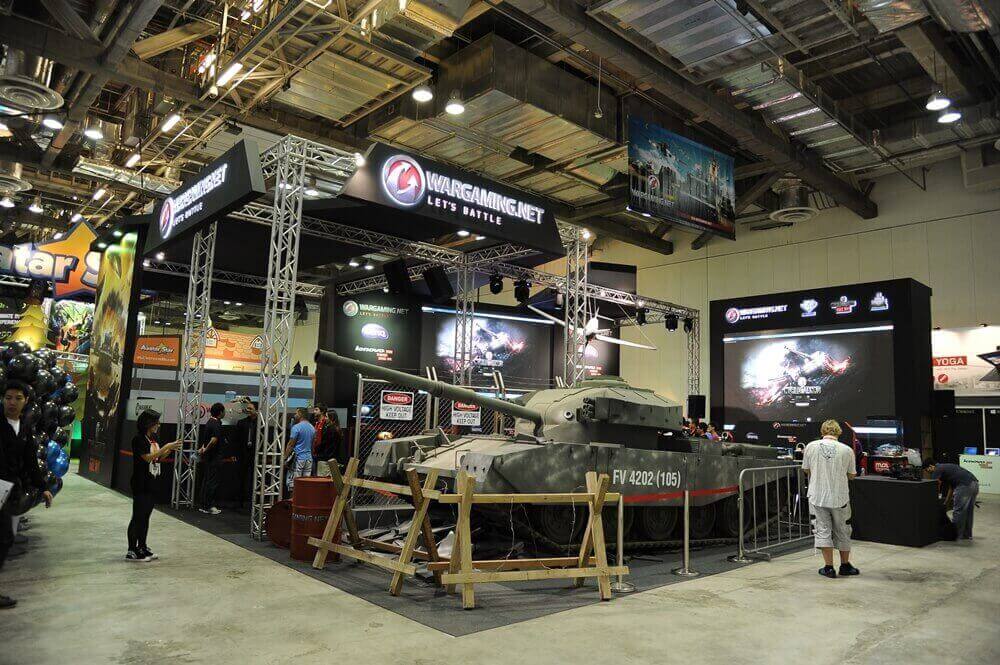 Look up to the ceiling and you'll be able to see a fighter plane soaring high above the booth in between two huge LCD monitors displaying previews of World of Warplanes and trailers of World of Tanks.

One can also get airborne by just settling into any of the demo booths to test out the gameplay of World of Warplanes. If you prefer to stay on land, then you can also hop onto any of our newly inducted British tanks and take a ride in the battlefield in World of Tanks.

We start off the first round of mini games - Roaches Battles 7v7! Our lovely Tank, Plane and Warship Commanders also take to the stage to show off their skills against some members of the public who wanted to test their strength against these ladies.

With their WoT, WoWP and WoWS flags raised high, the Tank, Warplane and Warship Commanders go on a march around the event hall sporting signboards of "Tank Commanders This Way" to guide event attendees to the Wargaming.net booth. Follow them for the goodies! 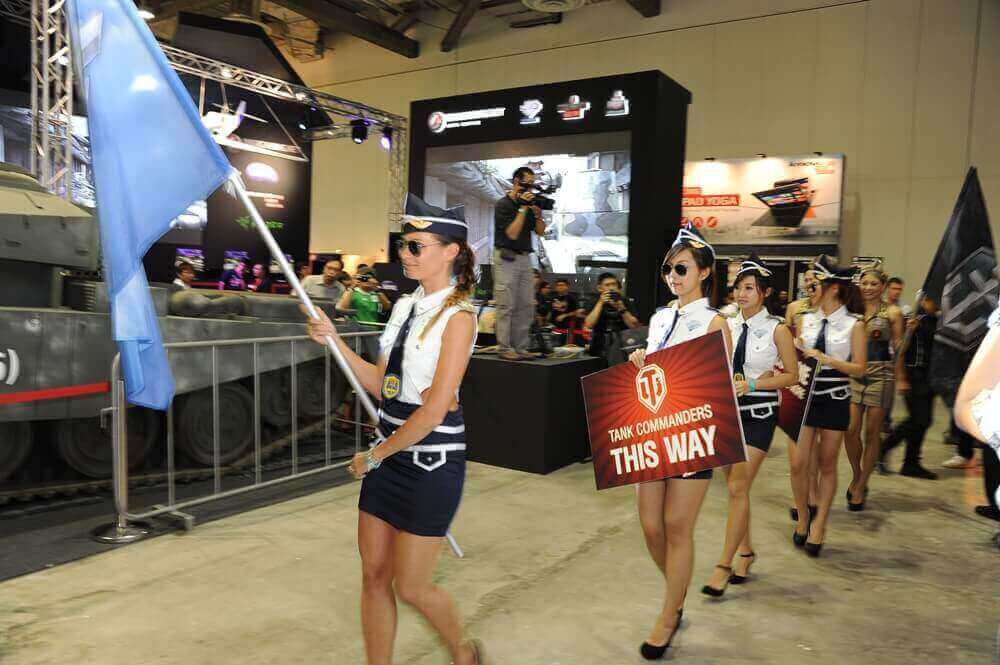 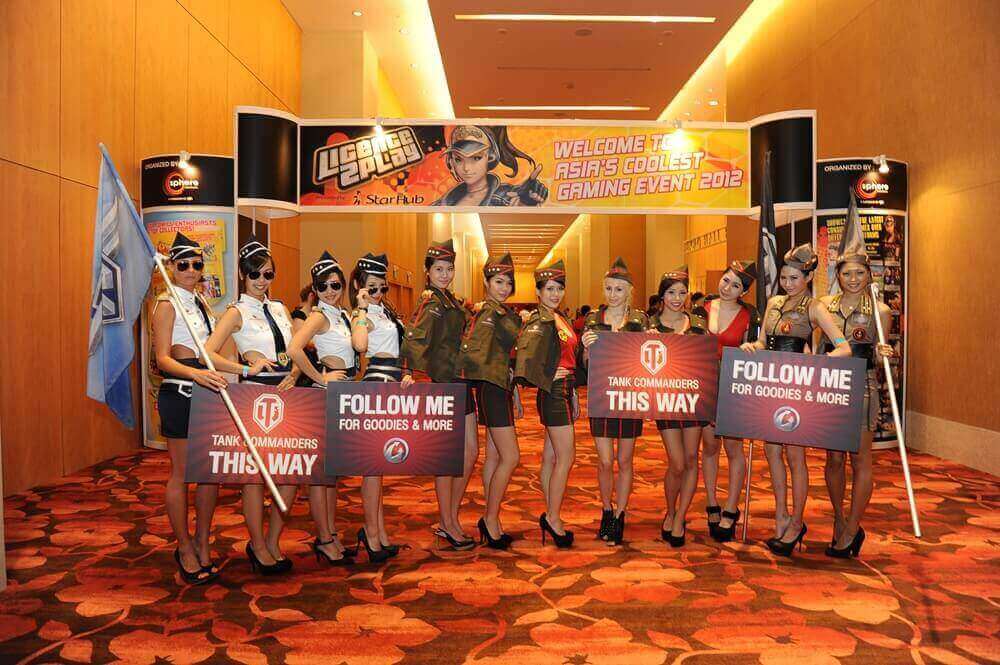 Question & Answer Session One commences to a crowd of enthusiastic Tank Commanders, eager to get their paws on the exclusive premiums and T-shirts. Even though loud music and announcements filled the air of the event grounds, shouts of "Me, me, me!" could be heard coming from the Wargaming.net booth. The players threw their hands in the air to every question fielded by the MC and competed with one another to get the attention of the host. 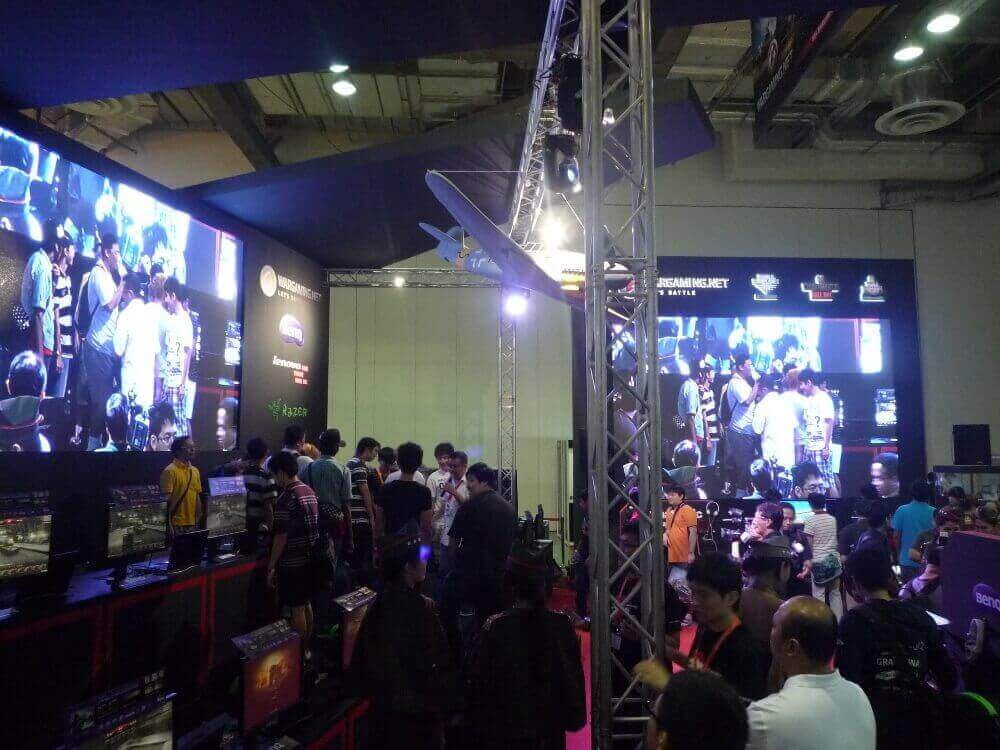 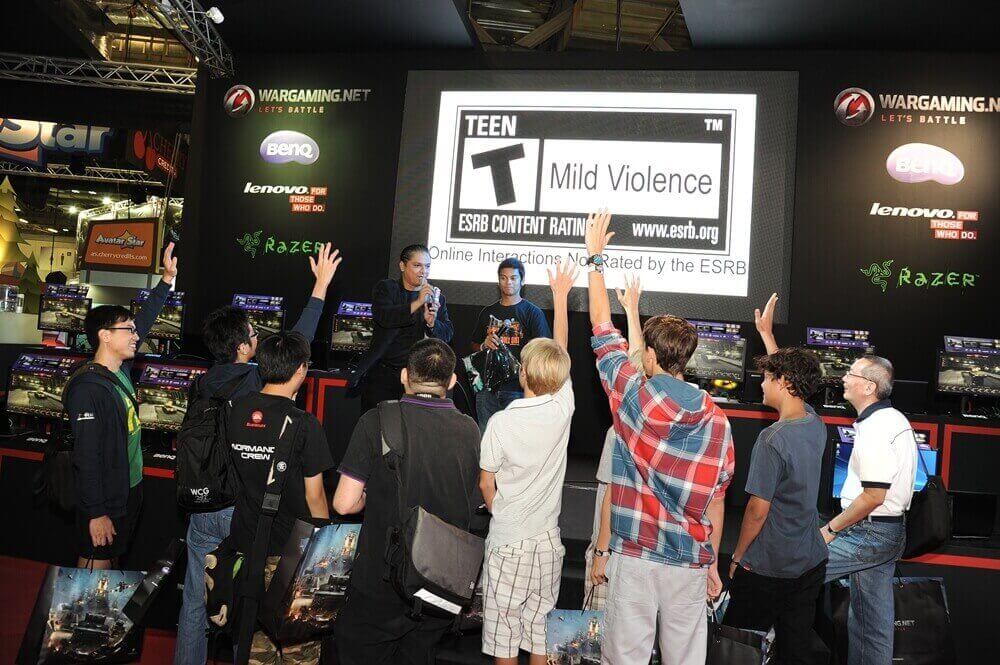 Also ongoing at the Wargaming.net booth throughout the duration of the day are the Quest Card missions. Simply complete all the 5 missions set out before you to receive the mission stamps, then head over to the redemption counter to collect your free goodie bag. It's that simple! 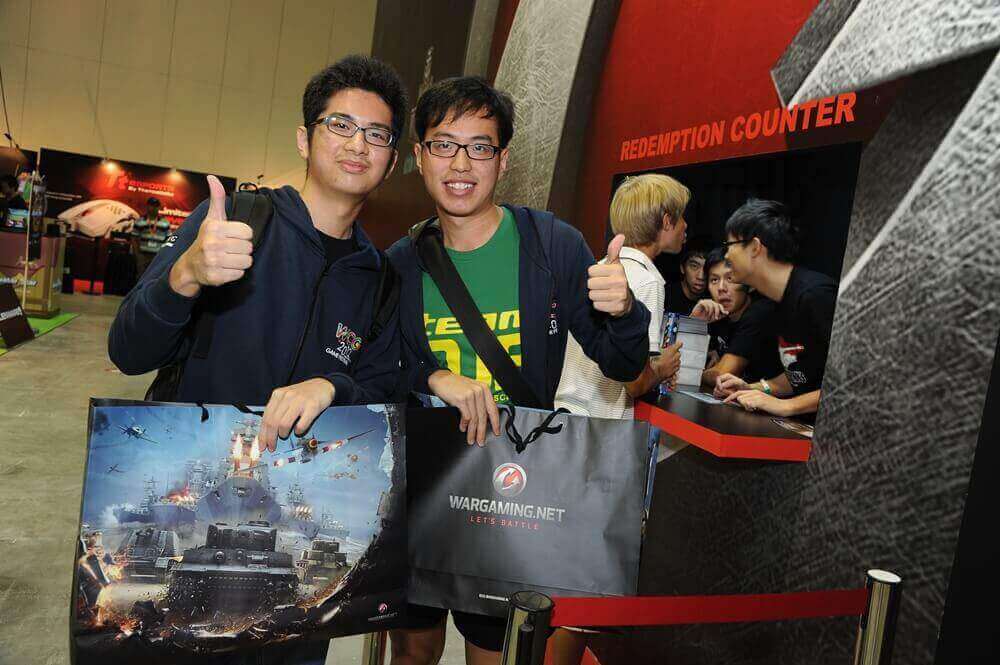 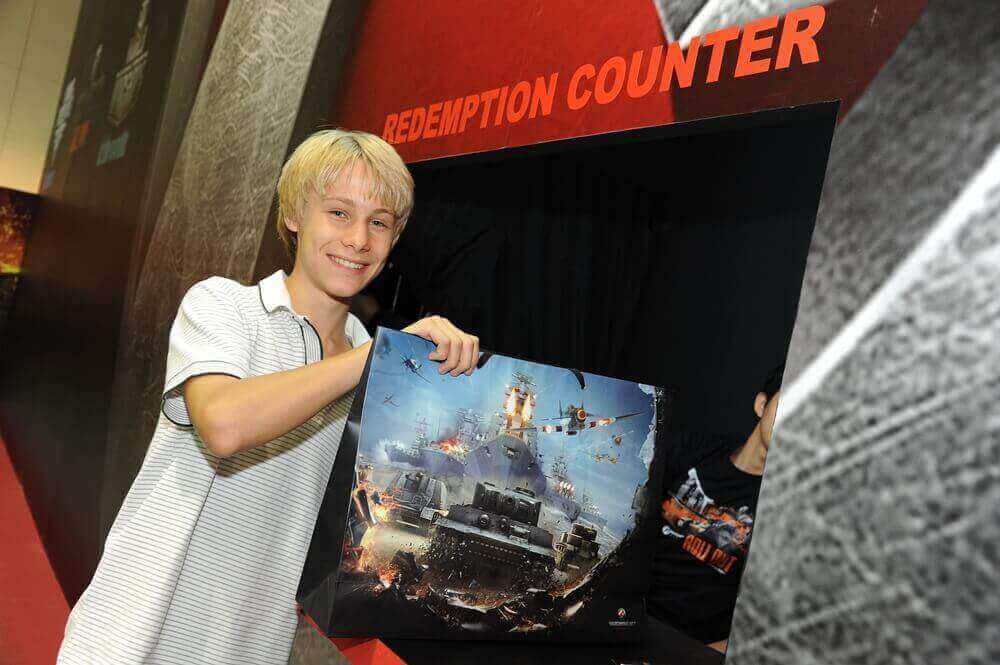 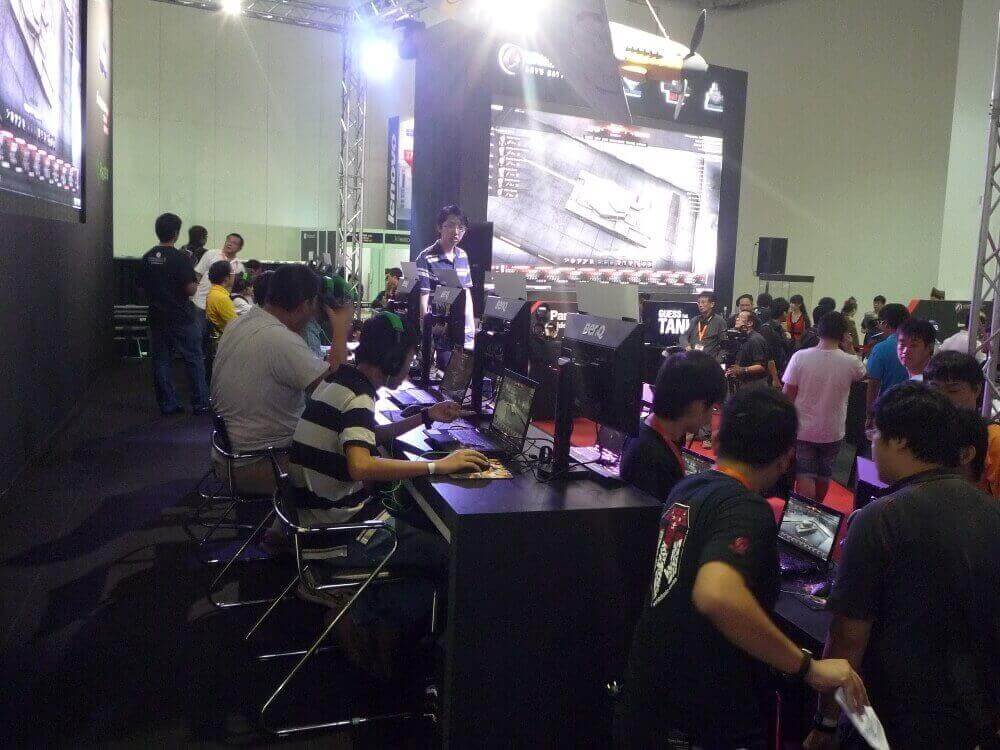 The second round of mini games begin! This time, we're playing a game of KV Craze. Tank Commanders step to the stage to engage in 7v7 combat using only KV tanks. Winners walk away with the coveted Wargaming prizes!

T-shirts giveaways! Have you gotten yours yet?

Question and Answer Session Two scheduled followed by a lucky draw for those who took part in our Quest Card mission.

If you've missed out on Day 1, be sure to join us at the Wargaming.net booth for Day 2 & 3. We have lots of goodies to be given away daily!

To view the photos for Licence2Play 2012 Day 1, please click here.