02 February, 2013 - The team arrived at the event venue to be greeted by the familiar faces of the regular players who had arrived early as usual. Within the first hour, we had plenty of sign ups for our new Cybercafe FREE PLAY & Challenge event, aptly named Operation Oblivion  and the players were anxious for the event to start and raring to go. They were very curious about the mechanics of the event and kept asking about it but we had our lips sealed tight and only revealed the details once everyone assembled and settled down in their seats. 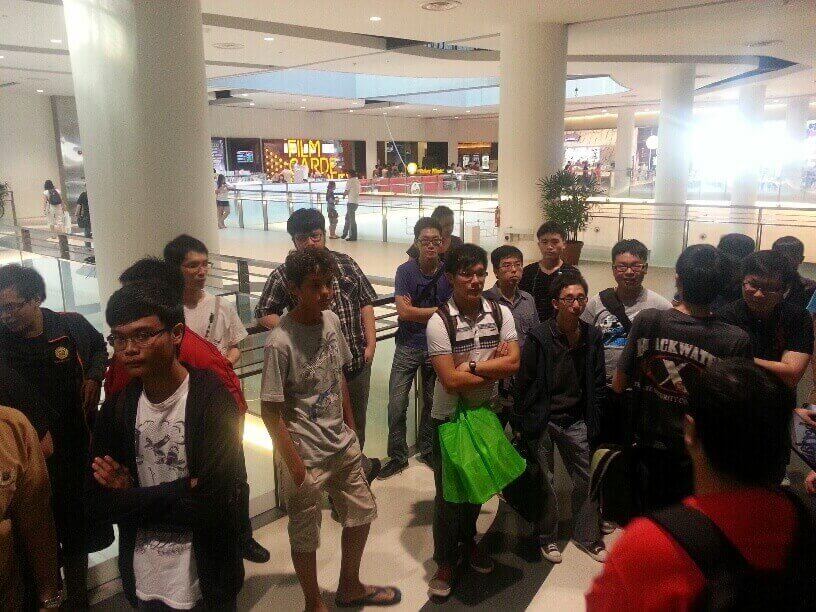 Later it was revealed that players would be engaging in a bloodfest where every man would be for himself and they had to battle it out ruthlessly, taking out friends and foes alike until one remained. The players were then split into teams where 2 matches would be played. Six survivors would be picked out from Match 1 and four survivors from Match 2 and the ten would then fight it out again to be the king of the hill.

The Liechtraktor was the tank which was selected for everyone to use and the match only starts after 30 seconds into the game to allow the participants some time to run and disperse. The moment the 30 seconds were up, more than 10 tanks were obliterated amidst much laughter and jeering from the participants. The players took to camping around different areas of the map in a bid to avoid detection and getting annihilated, thus a ceasefire was ordered. Everyone was made to proceed to a location on the map where a final countdown was given to start a "mass execution" and a winner was finally crowned!

Emerging unscathed amidst the bloodbath was Tank Commander XX, who, by some insane dodging/ hiding/ fragging skills or sheer luck, came out tops in Operation Oblivion to win for himself a very cool 20k gold. We hope you like your prize!

Join us for more fun and laughter at our next Cybercafe FREE PLAY & Challenge. Details to be announced soon so keep a lookout on the portal!