PAX Australia is fast approaching and we're as excited as a kid in a candy store that we can't keep still. It's going to be nothing but an explosion of great fun, awesome games and gifts galore! Just what can event attendees look forward to during this glorious event? Check out the details below for all the goodness we have in store in you. Whee!

To redeem goodies, players must perform tasks and points will be awarded depending on the results. Tasks can be redone if players want to score higher points for better goodies they want to redeem. Each task will have a maximum of 6 points that can be earned.

Quest Cards can be collected at the registration counter.

Join in these stage activities to win exclusive World of Tanks goodies: 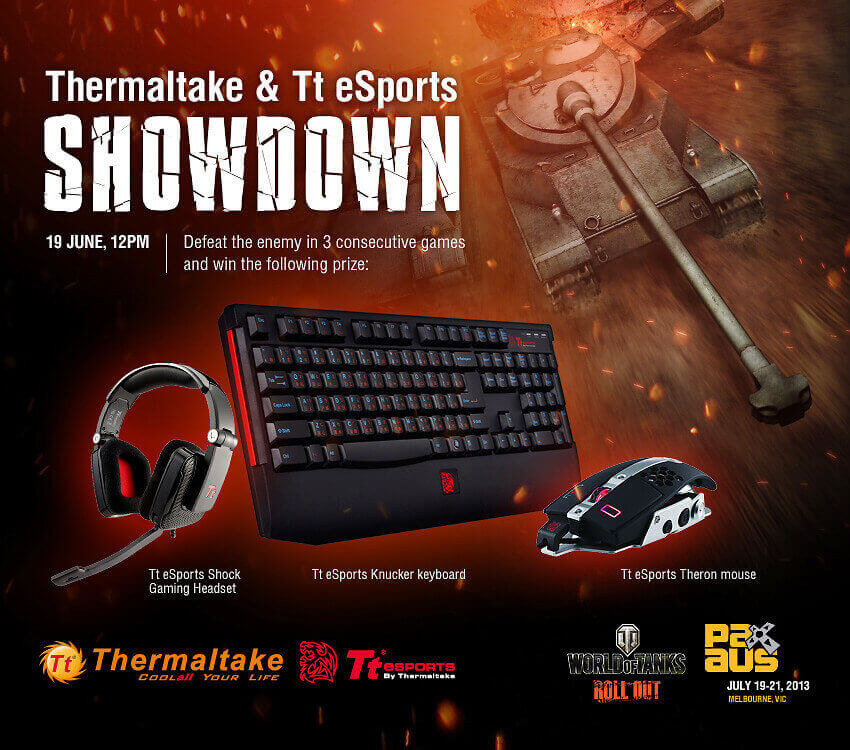 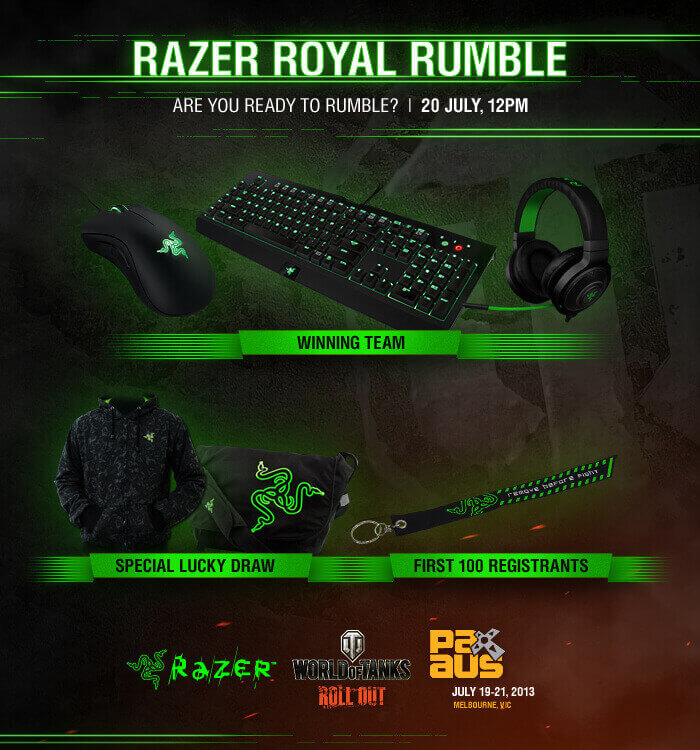 A no holds barred Royal Rumble in a 1 game knockout format. Teams will be made up of random participants and the first team to win 3 consecutive games will be declared the winner.

Winning team will win the following :


First 100 registrants will receive the following:

A Razer special lucky draw will be conducted for all the participants at the end of the program with the following items:

PAX Hunt Us Down Event

If you can't make it to PAX Australia, you can still take part in this PAX Hunt Us Down Event. Receive 500 gold instantly when you destroy (land a killing blow) on any of the HUD tanks that will be making their rounds in random battles.

Event attendees at PAX will get to drive HUD tanks and can stand a chance to win 800 gold if they manage to destroy 4 or more tanks. 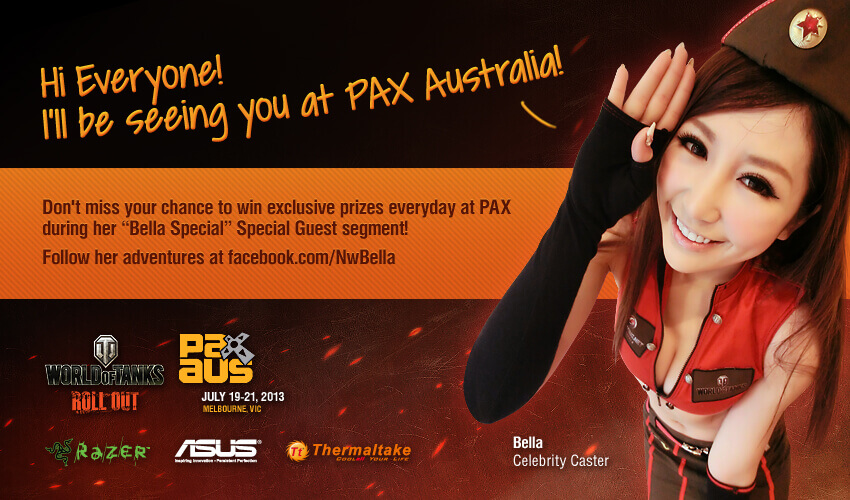 Celebrity Caster Bella will be making a special appearance at the event so be sure to head on down to our booth to see her in the flesh. Challenge her during her guest segment for a shot at fantastic prizes.

There will be daily lucky draws where you can win the following prizes.