[AU] Join Us at the EBGames Expo!

Wargaming.net will be setting foot in Australia to partake in the EBGames Expo which will be held in Sydney Australia from 4th to 6th October, 2013. Here are some of the exciting activities you can look forward to during the event at the Wargaming.net booth:

The semi-finals and finals of TanksAsia Masters National Series Australia will be hosted in EBGames Expo so head on down to catch all the action firsthand and show your support for your fellow Tank Commanders. The winners of National Series will move on to Season 2 to compete with representatives from other countries and the top 8 teams from Season 2 where a prize pool of USD 100,000 awaits. In addition, they will also represent Australia at the World Cyber Games 2013 which will be held in Kunshan China and have their flight and accommodation fully paid for.

Vote For Your Favourite Team and Win!

A very exclusive World of Tanks box set (World of Tanks Ultimate Pack) comprising of the following will be launched at EBGames Expo.

To ensure that you don't miss out on yours, you can pre-order your set 2 weeks before the event. Those who pre-order the boxset will receive a bonus T2 Light Tank premium tank so order early to avoid disappointment. 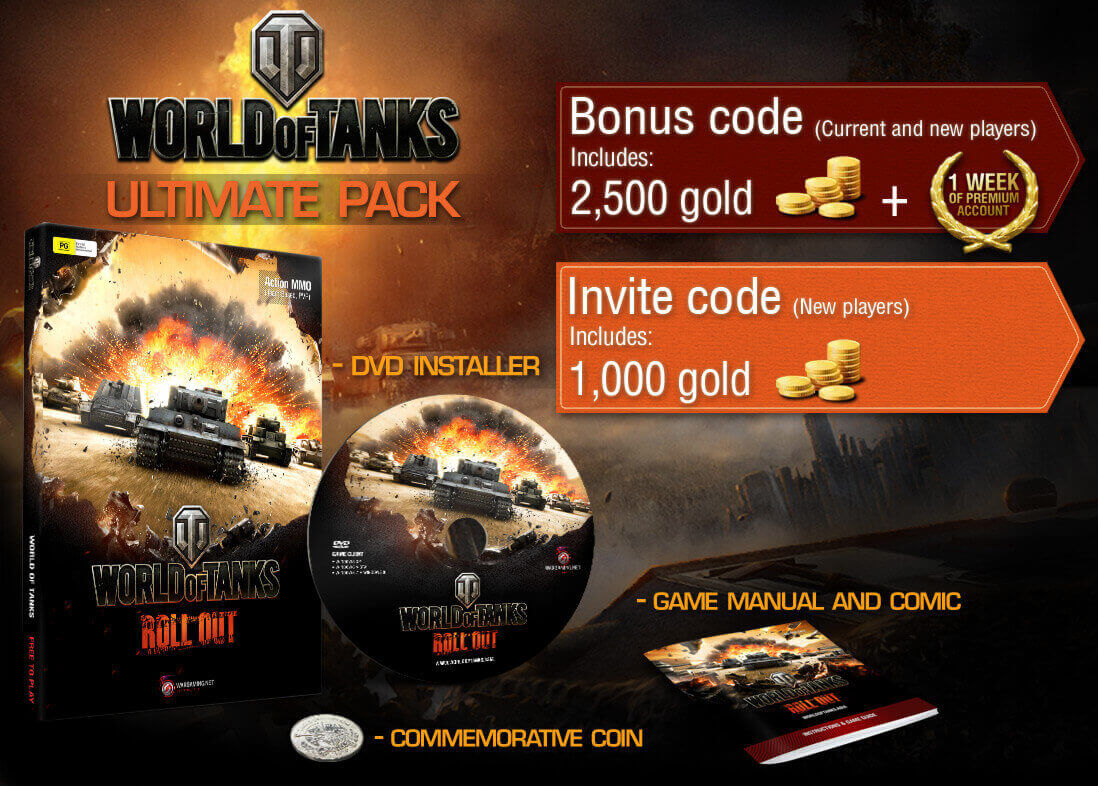 Join us at EBGames Expo to catch all the action for TanksAsia Masters National Series AU as well as get your paws on the very exclusive World of Tanks Ultimate Pack box set!

Get Free Tickets to EBGames Expo

If you're looking to gain free entry to the event, try your luck by taking part in our Facebook EBGames Giveaway Event. We have 4 pairs of 1 day EBGames Expo passes (5th October Twilight session) to be given away to participants with the best replies so act quickly if you want to get your hands on them.