May 2014 marked the 90th anniversary of the foundation of the Republic of China Military Academy. The MND of ROC held a celebratory activity on Saturday, May 31 in the Republic of China Military Academy, Kaohsiung, Taiwan to honour this milestone. People from all around the country came here to see military equipments and combat drills. On March 29, 2013, Wargaming held an event in the military base for the first time (recap, video) to great response. Due to this, Wargaming held yet another event in a military base again this year, the first time of its kind by Wargaming to be held in the southern part of Taiwan.

If you had missed out on the celebrations for that weekend, you can catch up on the happenings by reading the recap below right now!

At 09:30 on Saturday, May 31, we kicked off the celebrations with a performance by the Thunder Tiger Air Demonstration Squadron of ROCAF. Nine AT-3 jet airplanes in formation flew over the military base, colouring the clear blue skies with streaks of of blue, white and red smoke.

The second show was parachute jumping by the army's parachute instructors' team. A helicopter with the parachuters hovered over the scene at about 8,000 feet, and people on the ground raised their heads to behold the grand spectacle. It wasn't long before spectators were treated to a great view of parachutes opening against the backdrop of a clear blue sky. As weather conditions were very good, parachuters leapt from the helicopter and dived at speeds of 300 km/hr, giving the audiences a grand performance in the air, before excuting perfect landings in the target area. 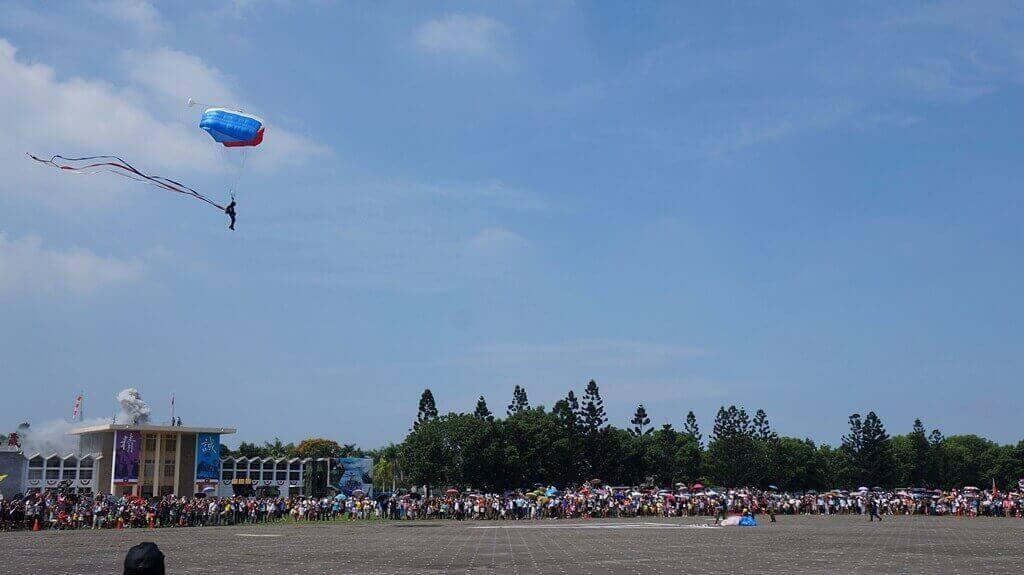 The following programme was a crowd-thrilling fighting performance by the special forces. They demonstrated bayonet fighting techniques, martial arts, and close-quarter combat skills. Then tri-service marching band brought to people excellent performance. Finally was the artillery drill of 155mm howitzer.

On the exhibition ground, there were many modern as well as old weaponry being exhibited for visitors, for example M36 Jackson and M24 Chaffee (which are available in World of Tanks), Thunderbolt-2000 MLRS System, M109A2 SPG, OH-58D helicopter, AH-64E attack helicopter and M48H main battle tank.

By 06:00 am, Wargaming staff were already in the military base and preparing for the event. At the opening time of 08:00 am, many visitors had already crowded into the Wargaming booth. Not only did civilian visitors come to the Wargaming booth, there were also many service men who dropped by for a visit. They all experienced exciting tank battles in World of Tanks, and took souvenir photos with the beautiful WG Girls. 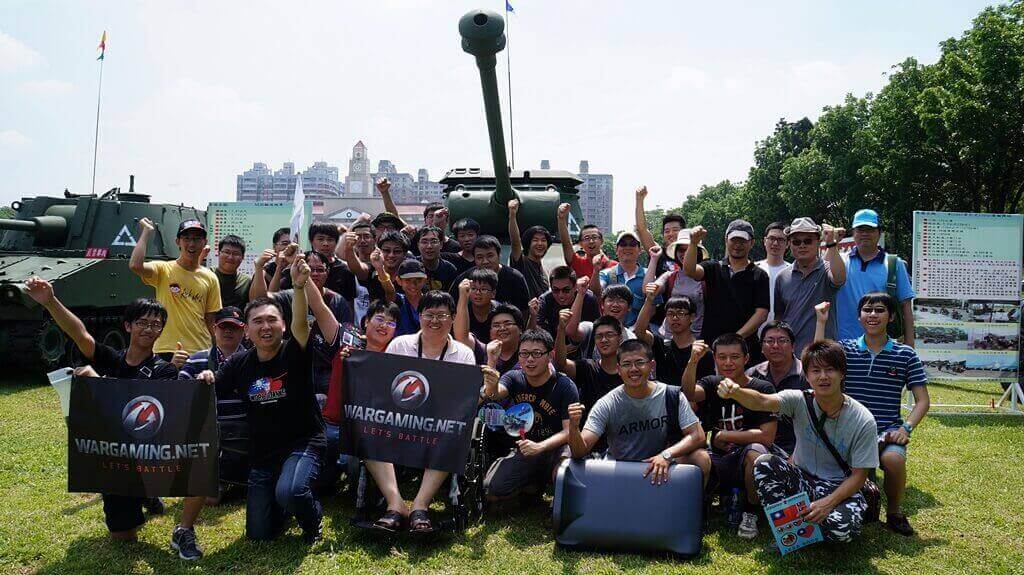 Before the group photo session began, there were already many World of Tanks tank commanders who had gathered near the exhibition area. They shared their tactics in the group discussion and honed their skills in WOT by playing friendly matches with one other. Wargaming staff who held a mini Wargaming flag, led the players into the M36 exhibition site for group photos. An army sergent was also present on ground to share stories of the M36 with the players. 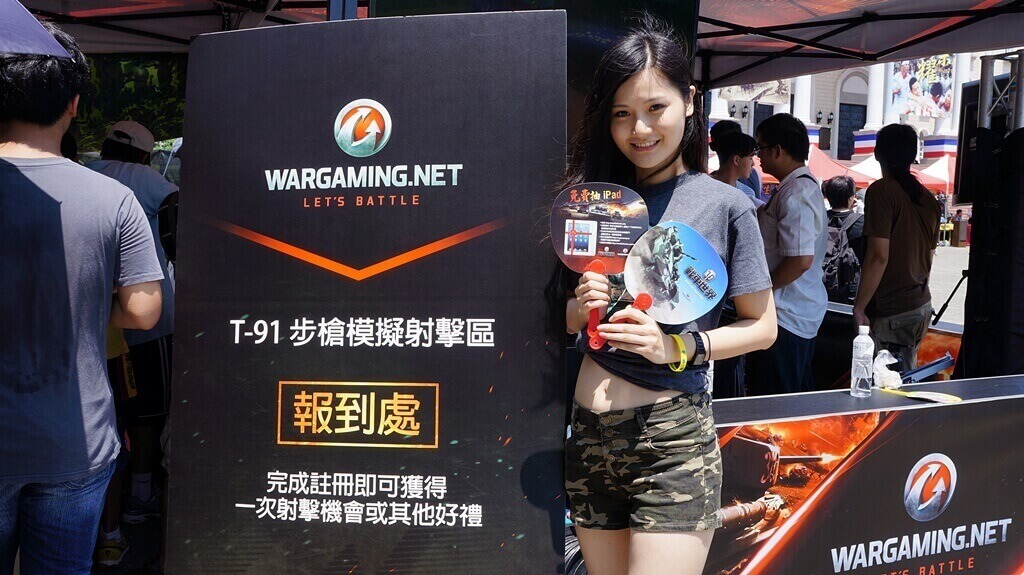 Registered players of World of Tanks could try their hand at firing a T-91 airsoft rifle for free. The T-91 airsoft rifle is a military training rifle that is in active service in Taiwan currently. It can shoot BB bullets with gas or high pressure air. Shooters can experience shooting and recoil like the real T-91 rifles. It is used for shooting training purpose. This programme was widely praised by players. Some female players also enjoyed the experience tremendously and even outperformed the men in shooting. 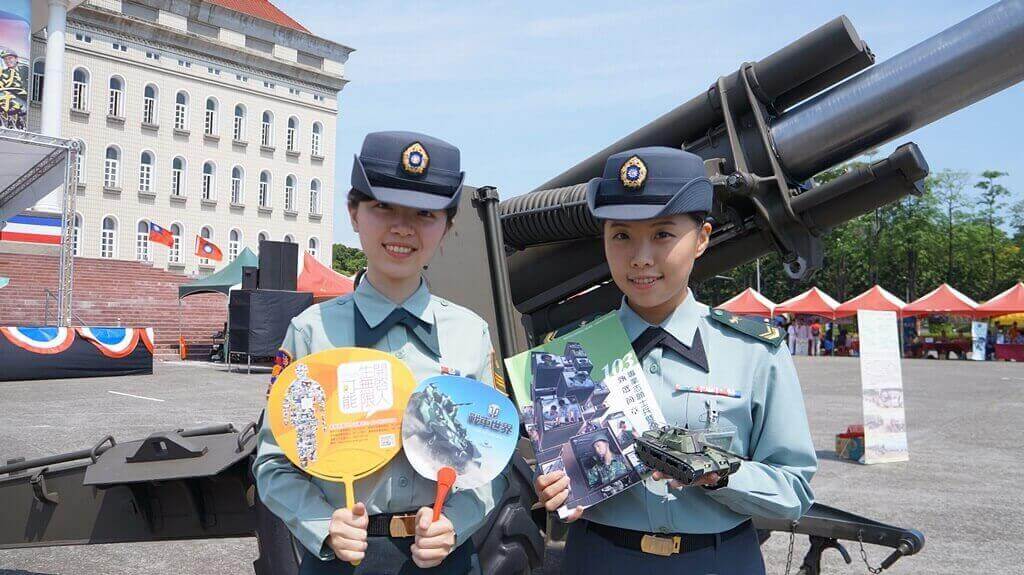 In the first half of 2014, Wargaming had enjoyed several successful colloaborations with MND of Taiwan. The amazing events as a result of the partnership were extremely well received by World of Tanks players. In the near future, Wargaming in Taiwan will hold more events for our great players so please stay with us!