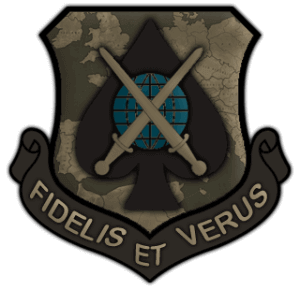 Q: General information about team players: how long they’ve been playing WoT competitively, what they played before, how a team got together, how they train, etc.?

A:  Most of the guys have been playing WOT since the closed beta. The majority of the team has been around  since Clan Wars started. Most of us were in another clan, My Little Pwnies (MLP), I started WAR with the idea of creating a tourney style team. However, Clan Wars has taken so much time that the focus wasn't always there. Starting several months ago we decided that it was time to get into tourney's full-time. We created several teams with the idea of being able to practice with each other. There is a fine line having a competitive Clan Wars team and also a tourney team. We have managed to have success both in Clan Wars and tourney's. The other advantage is having other clans that we work within Clan Wars that also have teams. We were able to practice against those teams. I believe that is what helped us more than anything.

A:  Most of the guys on our team prefers the higher tier tanks, but do play the lower tanks now because of the tourney's wide variety of matches that require them. I know some of their favorites are the Patton before the last patch, T110e5, Foch (155), Su-26. These are only a few. Everyone has their own play style.  I think that's what makes our team very good. Everyone has their specialty and we try to use that to our advantage.

Q: How a team evaluates the qualifying rounds in its region: what you can say about your opponents, list the most exciting matches and interesting battle moments, rate and describe your performance in the qualifiers?

A: We rate our opponents by the Clan Wars map. There were many great teams in this tourney. You also have to go by previous perfomances. We knew that our bracket was the toughest in our opinion. The last game being against S.I.M.P.. We new that S.I.M.P. was an experienced team and have a lot of experience in these games. Not taking anything away from our other apponents ,but you have to look ahead to the teams you expect to be at the end. We trained against some of the other teams to get a flavor of the style of gameplay that we were going to get. I do believe, like I said earlier that those training matches were the key to helping us win. Thanks -G-!!!

There were many exciting moments in the games that we played. The one that sticks out the most for me and I think for everyone on our team was the last game against S.I.M.P.. It was tied 1-1 going into the last game. We knew that the scouts were the key to victory. When we took out their 13-90 with 1 shot from arty we new that was a game changer. I think that was the first time that we all felt like we had the chance to finish the game and move on. It's a shame that one shot can change a game so quickly.

I think our performance in the Ural Steel Tourney was good, but we realize that we have to be on our A game when we meet up with the rest of the finalists. I also think that playing practice matches helps us work in smaller units like this tourney is. Most of our experience comes from Clan Wars and these tourneys are much different. I guess more room for errors in CW. Tourney play is 50% skill and 50% luck. Don't get me wrong you have to be great. I will take some luck when I can get it.

Q: What a team thinks about its competitors from its region and from other regions - whether they follow competitors’ games and are  aware of their progress, etc.?

A: I think that the four teams that are representing NA server group are the best teams today. Tomorrow could be different. I know many of the guys on these teams and know what their Clans have accomplished on the Clan Wars map. I wouldn't expect anything less from them and us. I hope that the brackets favor us and we don't have to play each other right off the start.  I have only had chances to play other tankers from other regions on test servers. I have heard a lot about how good these guys are and look forward too many good fights. I have also heard that most of them think that our strats are very unorthodox. I have viewed battles and personally don't see it. I see good tankers doing similar things to what we do. I guess this will be a true East meets West tourney.

I would like to follow them more, but it's hard to get the info. Maybe Wargaming can come up with something that could help this. Our NA server dev's could keep us to speed on what is going on and who to watch. Just an idea.

Q: How the team prepares for the finals

Q: What they think about Ural Steel as a tournament?

A:  I think it is very exciting. I wanted to go so bad for the first one. However, most of us were in other teams and didn't have the chance. Now that this is up again I know a lot of the guys are saying that it is a trip of a lifetime to see Moscow and compete in this event. The fact that we get to play the top team's in the world is a thrill we won't stop talking about for a long time. Our team has many older players on it and have told our kids that we are going to Moscow to play a game they are also playing. They are more excited about the fact that "Dad" is going to play in a tourney for the chance to say that we are the best. I hope that's the case non the less.

Q: Expectations for the final?

A: I want  to say that everyone on the team expectations is high. We know that if we bring our A game, then we have a great chance. We also know that the RU,UE  server base has been playing this game much longer and have more experience, then we do. With that said I hope we continue with our success and make it to the final game. The one thing about this tourney is the fact that one shot can win the game. I wish everyone well and look forward to seeing everyone in person.