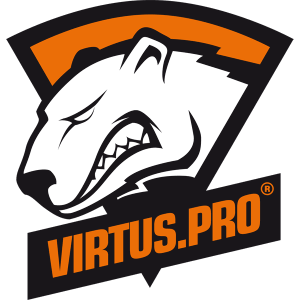 General info about your team: When did you start playing WOT? What games did you play before it? How the team was created and what are your favorite vehicles?

I started to play WOT in August 2010, two weeks after the game was released. Before WOT I played Erepublic (Browser game), I love multiplayer game World In Conflict  (I even play it sometimes now) , Also such FPS games as Battlefield and Call Of Duty

The team was created on my initiative after another fun-team ,formed of “Aces” (I was the commander of that team), has lost Inter Challenge Tournament. After a painful loss I wanted to prove myself that I can do better, and that is how the team Virtus.pro was created. After that was a period of team building, first victories, sad losses and substitutes. So now you can see current Virtus.pro team.

I hate SPG, do not play on TD. I love MT as they are multipurpose tanks

I love strategy and RPG games, spent lots of time in browser strategy games. But everything became blank when the Tanks came out. I started to play it from OBT. What for the vehicles – I love American tanks. Chaffee, Pershing, T32, Patton, Т110E5 are my favorite vehicles.  Frankly speaking I love all the vehicles which have good maneuverability and armor.

I have played CS and Dota, I after that I became addicted to Lineage 2. I played it till 2009. After that played a bit of StarCraft II, I think this game helped me in WOT, mostly in tactics. I came to WOT in summer 2011. More than once I gave up on this game and only after Inter Challenge Tournament (v1lat was the commentator for the matches) I felt in love with this game and I started to look for a good tournament team.

What for the favorite vehicles — of course it is  Т50-2, — Fast, dynamic, dangerous tank, which can be easily destroyed, that is why it is interesting to play on it but very hard at the same time.

Started to play tanks since December 2010. My friends invited me to try it. Before that I was playing lots of different games.

Favorite vehicles: I like T-50 (light tank) that is for the tournaments. As for the random games I like Patton, but with arrival of new MT10 I seldom play random battles.

My path in WOT started from March 2011. Before that I was playing WoW.

My favorite tank is Patton3 – good gun power and gun elevation make me comfortable in high level battles. Medium tanks help me to master my skills both in random battles and in squad fights.

I started to play right after the OBT, before that was a pro player in CSS.

Vehicles I like: All the med tanks. I love their speed and possibility to do a lot of damage.

I play this game since 2011. Do not know how but I managed to get into the team from its foundation. Since that I play in this team.

Tell us a bit of your team achievements?

We can say that we are a successful team on ESL Arena. We are trying to participate in all the GoCIS4WoT tournaments and we have already won 7 gold medals in qualifications, 4 silver medals and 2 first places in monthly finals.

As for the Starladder, the first season was ok and we managed to get to the finals where won silver. The second season was much better: till the last matches we were unbeatable and all the top teams were knocked down. And only at the end we relaxed and lost one point. So we managed to get to the Lan finals but we did not show our best on it. Two of our players could not come to Kiev, so we only took 3rd place. As for now, we have started 3rd season with 2 victories. Our goal is Gold medal as we already owe bronze and silver.

Also during this month there were qualifications for Ural Steel and WCG. As for the Ural Steel we easily managed to get to the finals and will be playing in Grand Finals in Moscow. What goes for WCG:  The last step is remained: battle between our team and Rush. The best team will go to China for Grand Final.

What do you think about your opponents? Which of their games did you like most?  What can you tell us about your games?

Well, one of the unforgettable battles was Rush vs GRA. Victory of GRA is a sensation. I believe this game will become a history.

What for our games, I can say that we have won all the games with the score 2:0. This shows that we have good tactic skills and good team play

Who do you think will be favorites of the Grand Finals?

My personal opinion is that Russian teams will be favorites on the Grand Finals. I think that our teams are much more skilled due to great competition on Russian server. Although we should not write off our European opponents: Polish and German teams are well known for their interesting game styles. Also I can say that we are afraid of Chinese teams as they are well-known for their unpredictable game styles. But after watching their finals I can say that we are afraid less than we used to.

How do you train for the Ural Steel Grand Finals?

Well, we are training almost every day. We participate in tournaments where we can use the same set-up.

What are you expecting from the grand finals?

First of all we are waiting for great games from our opponents, new tactics. We hope we can make new friends on this tournament. And of course lot of fun.

We believe that we can show our best on these finals, and our first place is waiting for us.