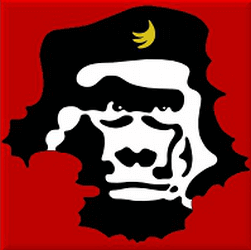 General information about team players: How long has the team been playing WoT competitively, what they've played before, how the team got together, how they train, etc.

Before tanks, we played a plethora of games competitively, from the Planetside 1 (and now the PS2 Beta), to the Battlefield series, counter strike and World in Conflict.

How we came together is a matter of much lore and debate among the peasants; however we like to imagine something similar to Tropic Thunder, the movie, without Jack Black's withdrawal symptoms and without going full potato.  Realistically though, the current members of Banned Angels played in the clans AOD and BG. The name Banned Angels stems from the event that led to us joining the Guerrillas clan, when we were banned from “the clan of baddies”, aka, AOD, for being too good.

Oh and we don’t train at all, it is considered bad luck – so is being surrounded, very bad luck.

Also, the lag is horrible when it hits ~24k players; someone should fix that because it makes getting the job done almost as bad as trying to do it with an E100.

We have won 5 separate team events excluding the Ural Qualifier:

- We are also doing quite well in the WCG WoT qualifier.

How a team evaluates the qualifying rounds in its region: what you can say about your opponents, list the most exciting matches and interesting battle moments, rate and describe your performance in the qualifiers.

Honestly we don’t put too much emphasis on analysis of other teams. In fact, all we do is assess the camping record of opposing teams and adjust our lineups accordingly.

What the team thinks about its competitors from its region and from other regions - whether they follow competitors’ games and are aware of their progress, etc.

We have heard great things about teams from the EU and RU servers and are particularly intrigued by the varying styles of play. We’re also interested in playing against some of the up and coming teams off of the CN/VN/SEA servers.

How the team prepares for the finals

With regard to preparation, we don’t prepare all that much. All we do is check out a map in ATC, plop some positions down and off we go. At this point we know tank capabilities and map positions for the most part so it’s a matter of keeping up individual performance by playing together and improving team cohesion.

What they think about Ural Steel as a tournament

I think it’s very cool that they tournament involves taking teams to Russia for a gaming tournament. We only wish we could take 8 of the 10 with us, since people get sick and whatnot.

Expectations for the final