In 1937, Japan’s armored forces had approximately 400 tanks at their disposal. Although the tanks were mainly outmoded vehicles, their use in battle contributed to Japan’s success. The Chinese army that they were battling with suffered from a lack of anti-tank equipment, and in most cases, had nothing to use in defense. Japanese tanks were used for either breaking through enemy defenses or as mobile gun fortresses.

In 1939, 87 armored vehicles, including 35 “Type 95 ‘Ha-Go’” light tanks were used in the military conflict near the Khalkhyn Gol River in Mongolia – an area under USSR protection. It was the first time vehicles were used in such quantities. As the conflict escalated, more and more tanks were drawn to the Mongolian battlefields.

Although Japanese vehicles experienced some success at first, they suffered from defeat against the Soviet BT-5 and BA-10 armored vehicles. 45mm guns were mounted on Soviet tank turrets and they easily penetrated attacking “Tots” – a nickname for Japanese tanks.

At the same time, USSR tanks were vulnerable to fire from Japanese 37mm anti-tank guns.

The USSR had stronger firepower than the Japanese forces. But the majority of both Japanese and USSR armored vehicles only had anti-bullet armoring, making them vulnerable to both turret and field guns. Both sides suffered heavy losses due to tactical errors and lack of coordination with other troops. 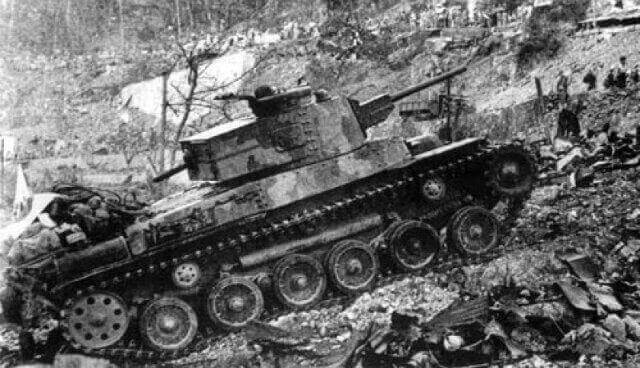 Many industrial sources were re-oriented towards fleet creation. Tank production was changed according to a new doctrine.

During December 1941-May 1942, tanks were actively used in Japan's military operations.

The “Chi-Ha” in Battle

The “Chi-Ha” was up against the American M3 “Stuart” in the Philippines. Japan had to introduce new vehicle modifications as the “Chi-Ha” faced difficulties with the more maneuverable “Stuart”. With that, the “Shinhoto Chi-Ha” was built and it produced really good results in battles. It was one of the factors which assured successful island conquest. 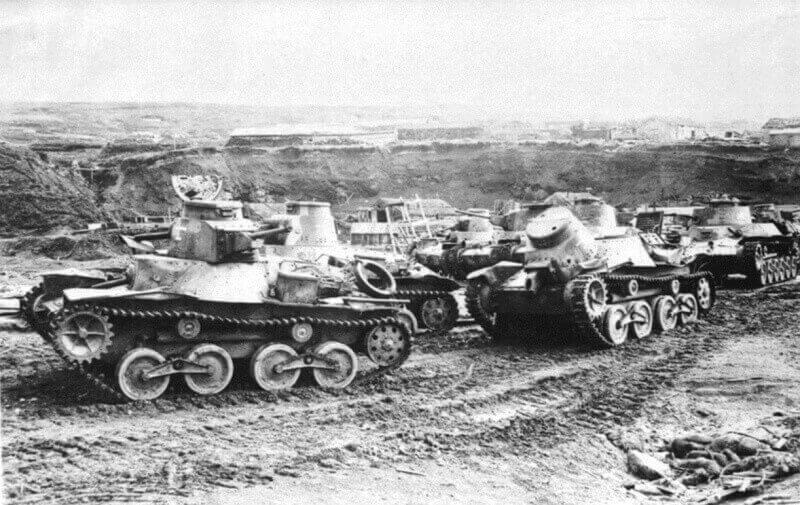 In the first half of World War II, the Japanese military managed to use tanks in tough conditions: in the middle of jungles, on top of mountains, and near fast rivers. Surprise tactics were deployed and enemies usually had no resources to fight back.

Starting from 1943, the US was leading in terms of strategic initiatives. Islands were being liberated gradually towards the heart of the Japanese Empire. The Americans have dominated both sea and air. US troops received the M4 Sherman and M5 Stuart tanks, and the infantry received portable anti-tank recoil-less “Bazooka” rocket launchers. Later, the same equipment was also provided to the Chinese forces.

All this made successful use of tanks almost impossible for the Japanese forces. They had to use guerilla tactics: night marches, ambushes, raids, and even suicide attacks. For example, there was an event in 1945 when two Japanese tanks (a “Chi-Ha” and “Ha-Go”) with explosives attached to the armor, rammed at full speed into “Sherman” tanks, which were leading a column of armored vehicles. After contact, the crew immediately detonated the explosives.

This slowed attacks from American forces.

However, no desperate actions could save Japan from losing the war. The Kwangtung Army defeat in August 1945 was the last step in crushing Japanese land forces. Majority of tanks which were at the disposal of the Kwantung Army were captured before they took part in the battle.

Vehicles that were based on islands continued to serve as training vehicles in times of peace.